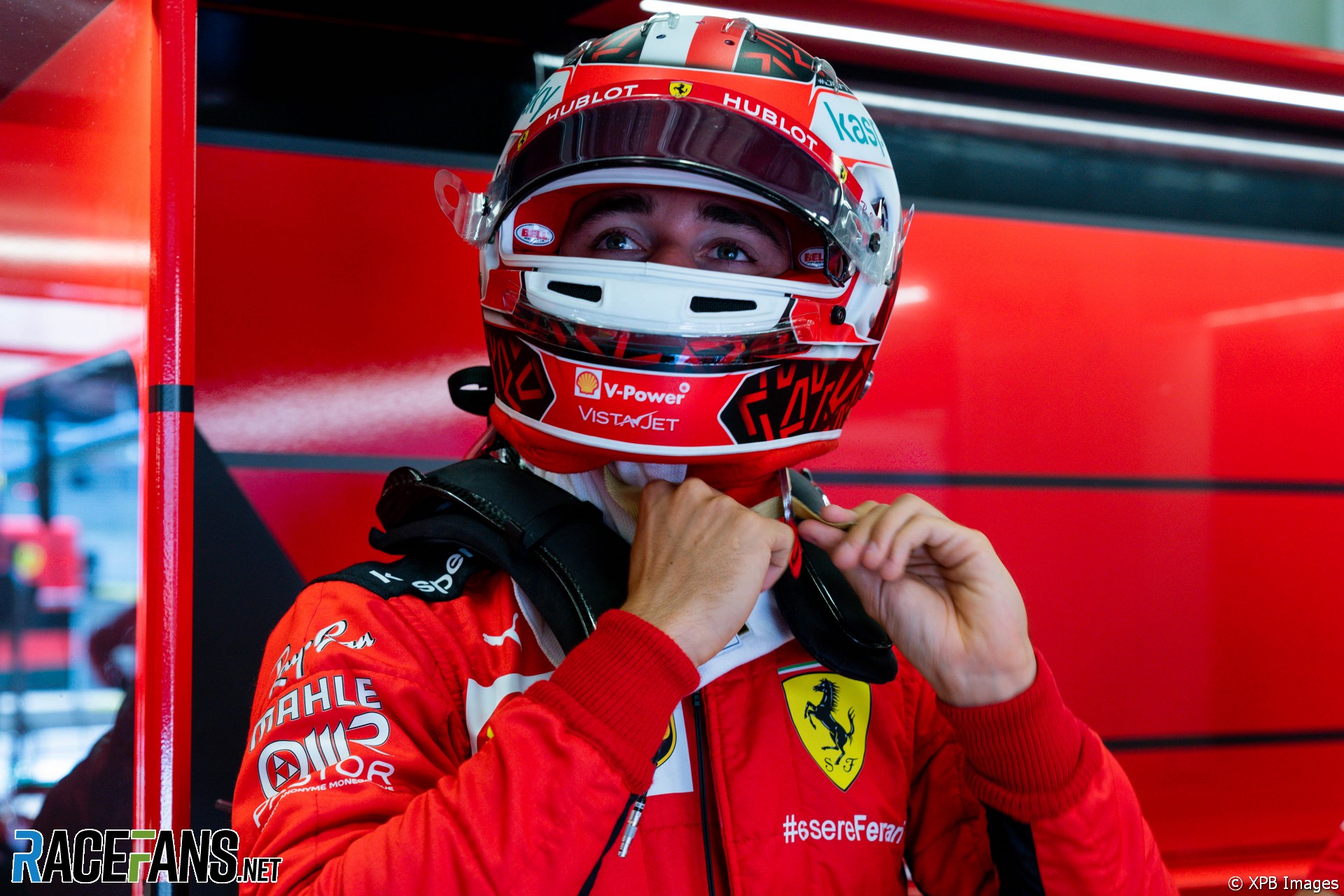 Charles Leclerc has been given a three-place grid penalty by the stewards at the Styrian Grand Prix.

The Ferrari driver was also given one penalty point on his licence, putting him on a total of three.

He was found to have impended Daniil Kvyat approaching turn nine during Q2 at the Red Bull Ring. The stewards ruled Leclerc was warned by his race engineer that Kvyat was approaching him, but failed to leave room for the AlphaTauri.

“The driver of car 16 [Leclerc] was adequately informed by the team after turn seven that car 26 [Kvyat] would be approaching and that he should watch out for traffic,” noted the stewards. “Following this, he accelerated on the approach to turn nine, but eventually slowed down again after spotting another car in front of him in turn nine in order to prevent having his following lap affected.

“Furthermore, the driver of Car 16 stated that it would have been impossible for him to see anything in his rear view mirrors due to the bad weather conditions.

“Video evidence and telemetry data clearly showed that the driver of car 26 was impeded by car 16 in turns nine and 10. Although the weather conditions might have affected the visibility in the rear view mirrors and the driver had no intention of impeding another car, the stewards determine that the driver of car 16 must have been aware of car 26 approaching, could have reacted differently and therefore impose the above mentioned penalty.”

However the stewards cleared Leclerc and Kimi Raikkonen after both over anotrher incident. Both drivers were found not to have pitted at the first opportunity after red flags were shown at the end of Q1.

“The driver braked hard, did not accelerate after turn nine and considered entering the pit lane by crossing the white line at pit entry, but felt it would have been unsafe do so. The driver reacted appropriately, continued on track and drove the lap afterwards at safe speeds.”

Raikkonen, who was running behind Leclerc at the time, was also “approaching the entry of turn nine and the driver was fully committed to the turn”, stated the stewards. “The driver braked hard, did not accelerate after turn nine and made an attempt to safely enter the pit lane, but was unable to reasonably do so.

“The driver reacted appropriately, continued on track and drove the lap afterwards at safe speeds.”

Sergio Perez was also cleared following a further investigation over his response to yellow flags which were shown during Q1. The stewards ruled he slowed his car sufficiently.

“The driver of car 11 [Perez] had already reached the braking zone before turn three and was fully committed to the corner at the moment a single yellow flag was shown shortly before the apex of turn three. In addition to that, a green light panel was flashing right after the apex. Taking into account these facts, the Stewards determine that the driver of car 11 had no chance to do anything more to slow down more than he did and therefore take no further action.”

3 comments on “Leclerc given three-place grid penalty, no action on other incidents”