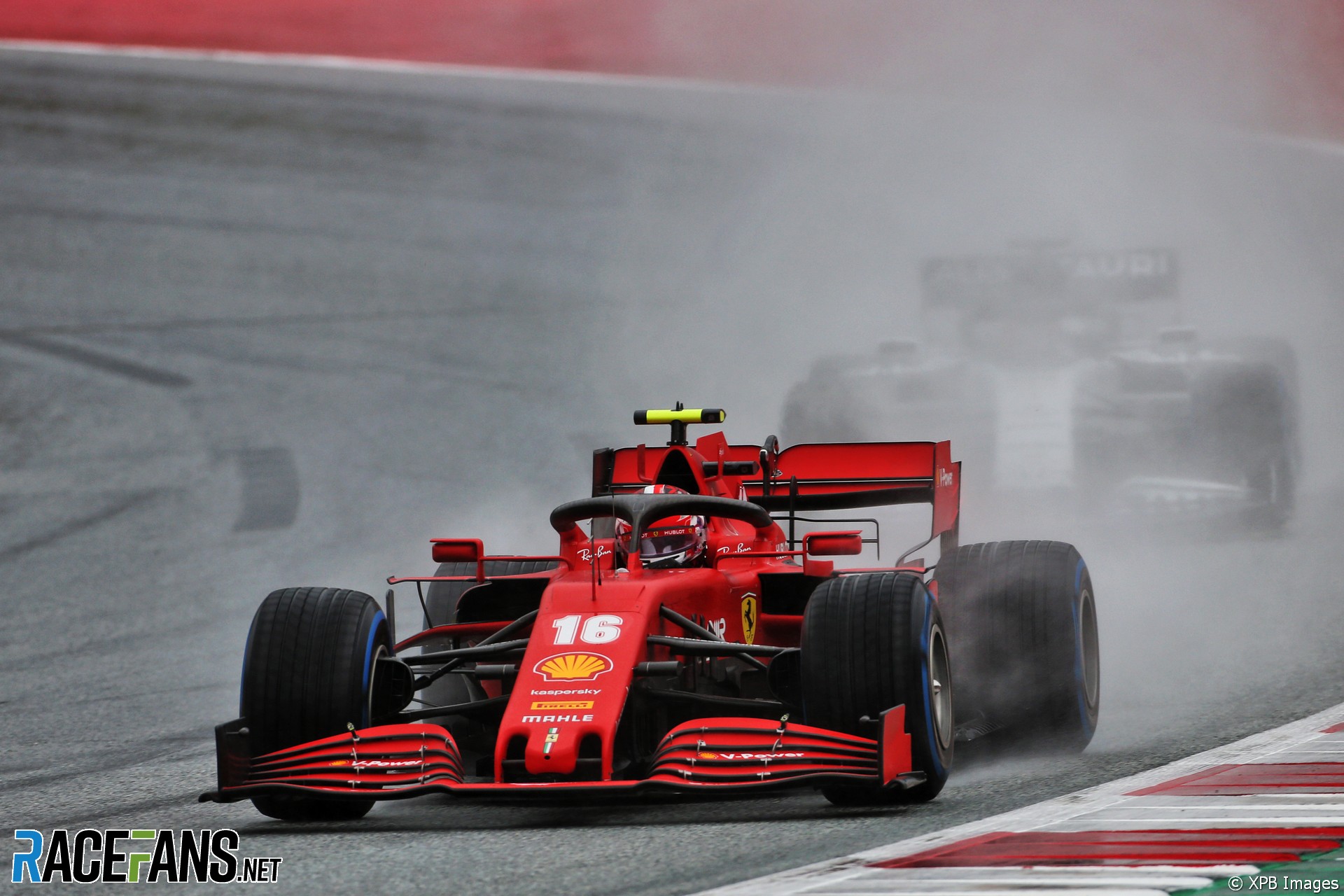 Charles Leclerc is being investigated for two incidents which occured during qualifying. Kimi Raikkonen and Sergio Perez have also been summoned to the stewards.

The Ferrari driver faces one investigation over whether he impeded Daniil Kvyat during Q2. He was warned in turn eight “Kvyat behind at two seconds, watch for traffic with Kvyat.” But the AlphaTauri driver didn’t pass him, and repeatedly complained “he blocked me” on the radio.

The stewards are also investigating why Leclerc’s car crossed the control (start/finish) line when a red flag was shown in Q1 following Antonio Giovinazzi’s crash. Raikkonen faces an investigation for the same infringement.

The sporting regulations state that when the red flag is shown “all cars must immediately reduce speed and proceed slowly back to the pit lane.”

Leclerc was closer to the pit entrance than Raikkonen, already in turn nine, when the red flags were shown. He was crossing the pit lane entrance line when his engineer alerted him to the signal.

The third driver summoned, Perez, is being investigated for failing to respect yellow flags at turn three.

Update: Leclerc has been penalised for one incident, cleared for another, and the other two drivers were also cleared

8 comments on “Leclerc under investigation for two qualifying incidents, Raikkonen and Perez face stewards too”