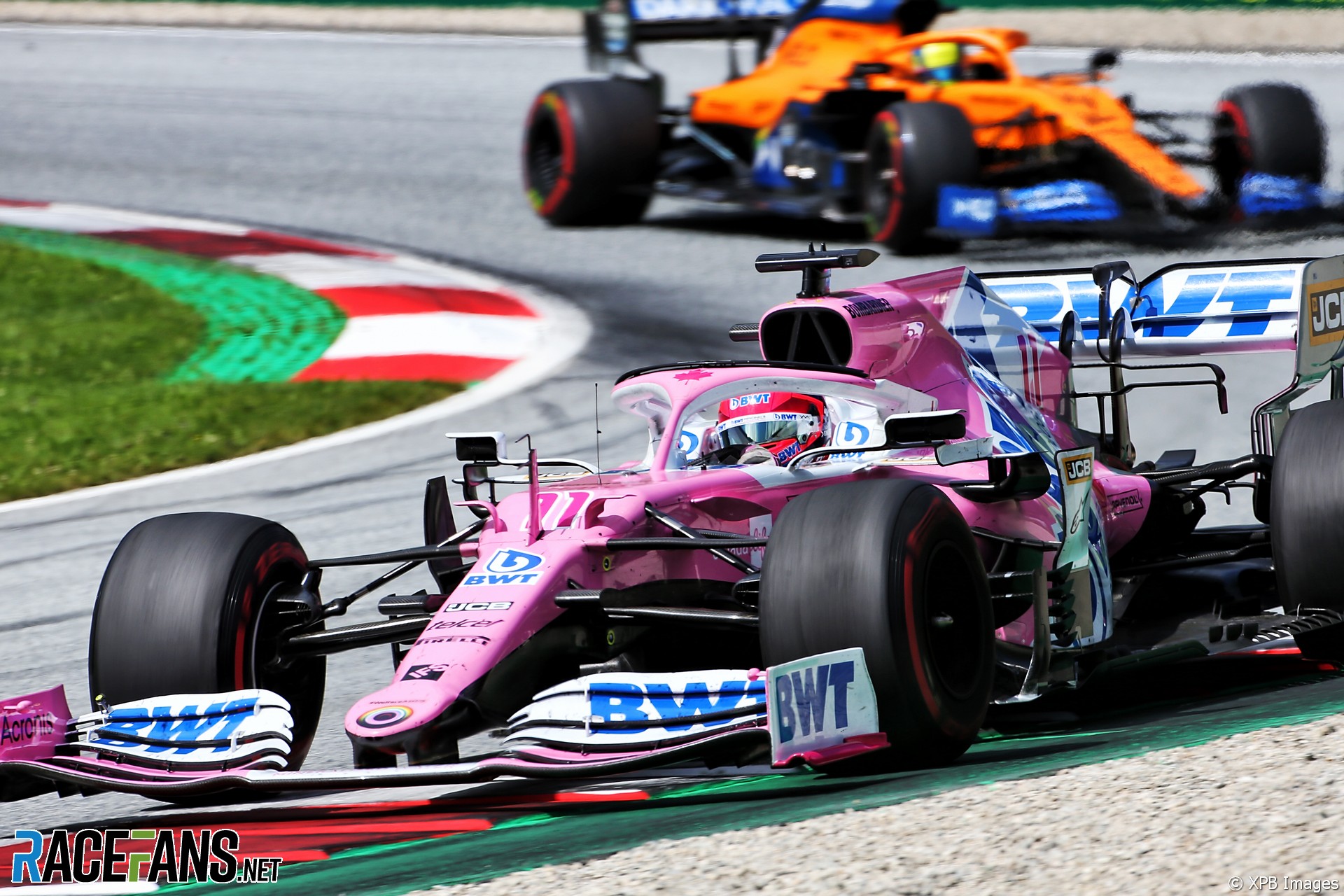 Red Bull team principal Christian Horner says Racing Point’s performance in the Styrian Grand Prix should serve as a warning to all the teams.

Sergio Perez attacked Alexander Albon for fourth place in the closing stages of the race, but dropped back after damaging his wing on the Red Bull. But Horner had taken note of the rate at which Perez caught his car.

“I think everybody would be worried by the Racing Point,” said Horner. “I mean, he was quicker than a Mercedes, Perez, at that point in the race.

“Bearing in mind that Bottas was on tyres that were within one lap of age to the Racing Point, Perez was three or four tenths quicker. So it was very impressive pace that they showed.

“I think Alex drove incredibly well to keep him behind. But also, if you look at Alex’s pace on that tyre versus Bottas, there was encouragement that we could take from that in a car that wasn’t carrying any damage.”

Max Verstappen said Red Bull were “too slow” to keep up with Mercedes in the race. Horner believes they are losing most of the lap time on the straights.

“Their straight-line speed is impressive,” he said. “We’re pretty much there in cornering speeds. There’s some corners we’re better, some that we’re not quite as good. But certainly on this track their straight line speed has been very impressive. So they’ve made a good step over the winter.”