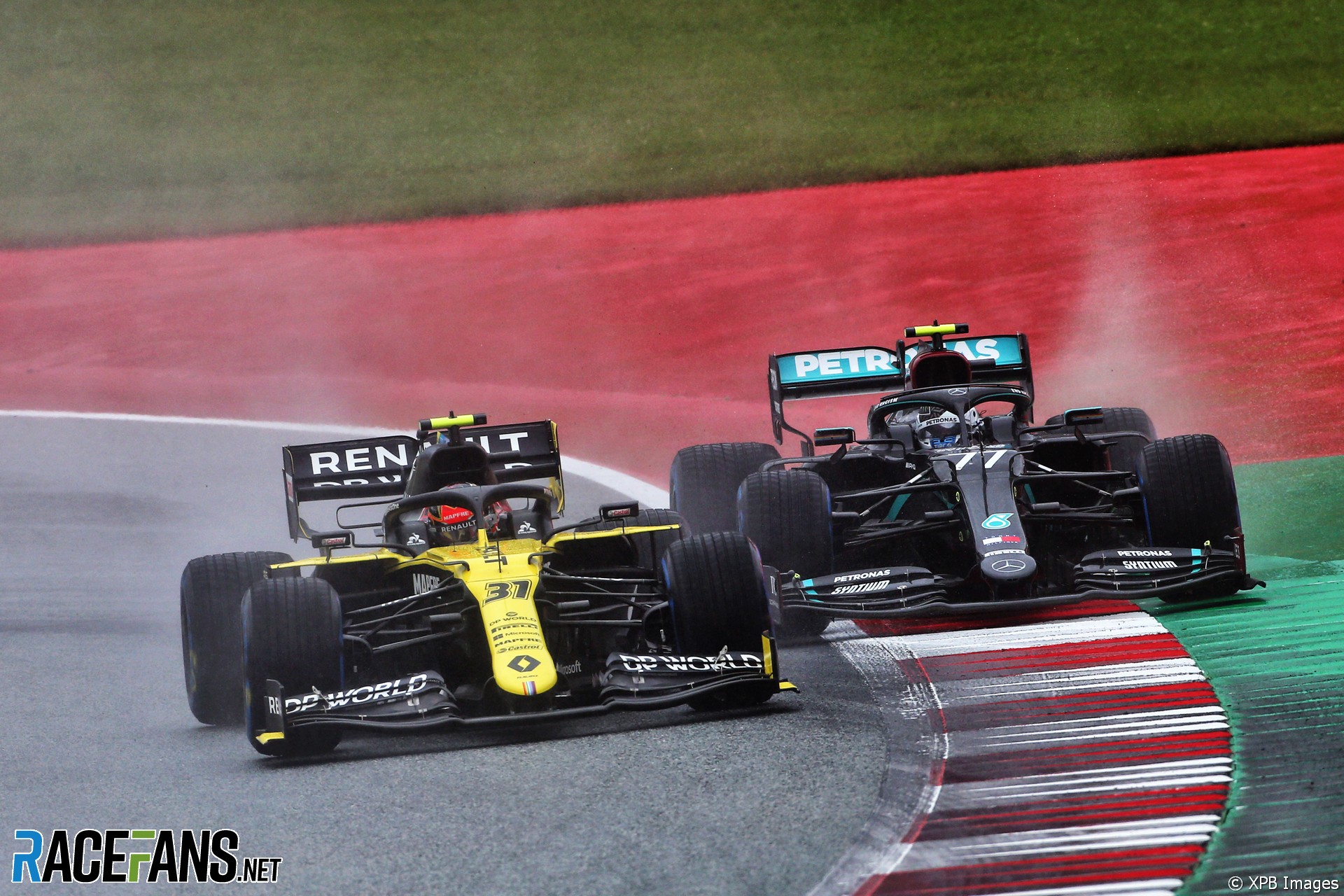 In the round-up: Esteban Ocon says he could have qualified higher than fifth for the Styrian Grand Prix.

Unlike team mate Daniel Ricciardo, Ocon took an extra set of wet weather tyres in Q1, which meant he didn’t have fresh rubber at the end of Q3 when the rain worsened:

It’s been definitely a great qualifying. I’m very happy with the result, how it went in the end. Straight away from the go I felt quite comfortable in the car. I felt confident at the wheel and the performance was there each lap that I was putting on was decent.

We didn’t do a wrong move. We could have improved a few things for the Q3 run as I have a new set of tyres there. Maybe we could have pushed a little bit higher up the order if we had a set there.

But overall I’m very happy, it’s a very positive session, very happy to be in the top five for my new team after such a long period of inactivity. Hopefully we can complete a great weekend with some great points tomorrow.

After all that nonsense about changing the rules to have a reverse-grid sprint race to decide the grid, the weather has delivered one rules change F1 should experiment with: Letting drivers have free tyre choice for the grand prix. #F1 #StyrianGP #AustrianGP

Pierre Gasly: "It’s just a shame for the yellow flag in the last lap, as I think I was going two or three tenths faster, so there could probably have been a fifth on the table."

"Grosjean’s car not going out is not what you want to see. We had an issue with the cooling of the energy storage unit."

"My pace on the first set of tyres was in the top fifteen but I just didn’t get a clear lap on the second set. Every lap was either traffic or a yellow flag and then the red flag. I think there was much more in there, so I am just a bit frustrated."

"Esteban was unlucky to be pipped at the end, finishing in fifth place while running in the top three throughout."

Toto Wolff: "Congratulations to our juniors Esteban and George (Russell) for two brilliant Qualifying performances today, proving wet sessions are where the drivers really come to the fore."

So glad to see Williams getting better, George Russell is a future superstar, a tenth off the Ferraris!

Incredible lap from Hamilton, one of the greatest (if not the best) of all time in the wet. No surprise him and Verstappen are one and two. Tomorrow should be great fun!
LB (@Burden93)