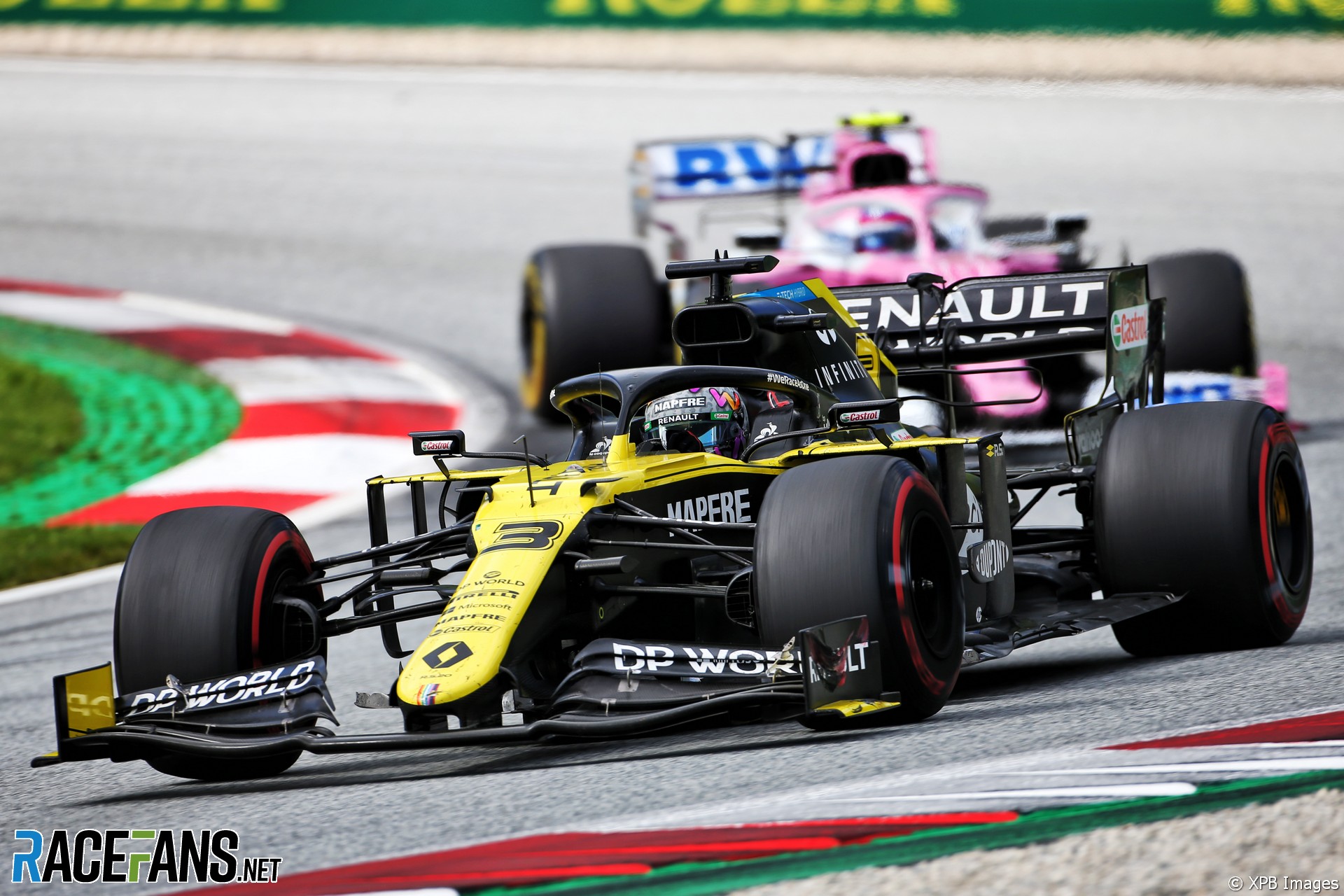 Lance Stroll has been cleared following an investigation into his overtaking move on Daniel Ricciardo, which led to both drivers leaving the circuit.

The Racing Point driver dived down the inside of Ricciardo at turn three later in the race, both drivers running wide. The move prompted complaints from Ricciardo on the radio, who said he had to swerve away from Stroll to avoid a collision.

However after inspecting video of the move, the stewards ruled “the incident is considered a race incident”.

No other incidents are under investigation following the race. However 11 drivers had lap times deleted for running wide at turns nine and 10.