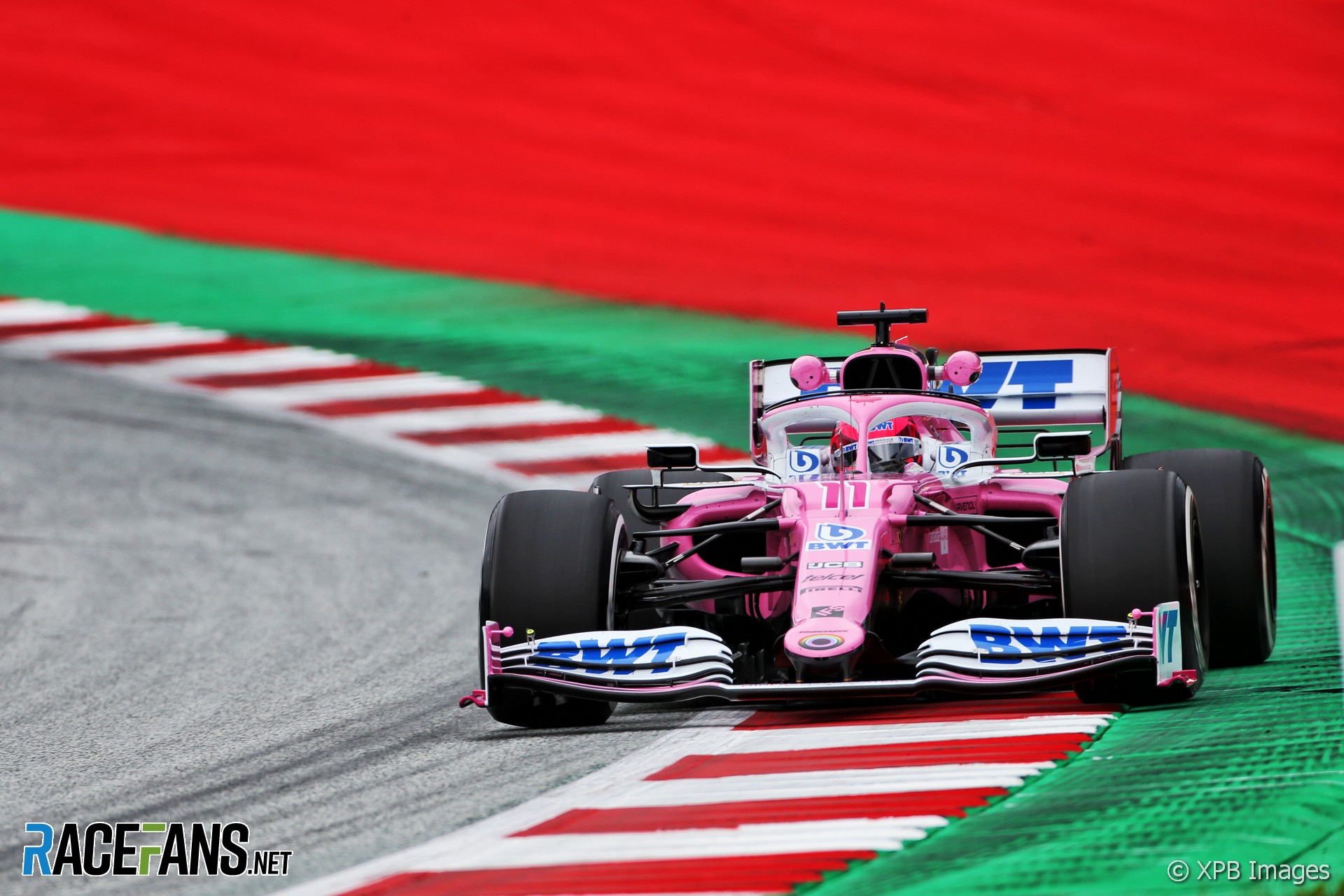 Racing Point has responded to Renault’s protest against its cars following the Styrian Grand Prix, calling it “misconceived and poorly informed”.

Renault lodged a protest against Racing Point, whose cars finished sixth and seventh in yesterday’s race. Their result remains provisional while the FIA examines Renault’s protest, which concerns similarities between the design of the brake ducts on the RP20 and those on last year’s championship-winning Mercedes.

“BWT Racing Point F1 Team is extremely disappointed to see its results in the Styrian Grand Prix questioned by what it considers to be a misconceived and poorly informed protest,” said Racing Point in a statement received by RaceFans.

“Any and all suggestion of wrongdoing is firmly rejected and the team will take all steps necessary to ensure the correct application of the regulations to the facts.”

The outward similarities between the RP20 and last year’s Mercedes W10 has made Racing Point a target for speculation since the car first appeared during pre-season testing. While the team has openly admitted adopting the same aerodynamic philosophy as the world championship, whose power units and gearbox it uses, it has insisted the design of the RP20’s ‘listed parts’ are original, as required by F1’s rules.

“Prior to the start of the season, the team co-operated fully with the FIA and satisfactorily addressed all questions regarding the origins of the design of the RP20,” the statement continued.

“The team is confident that the protest will be dismissed once it has presented its response.”