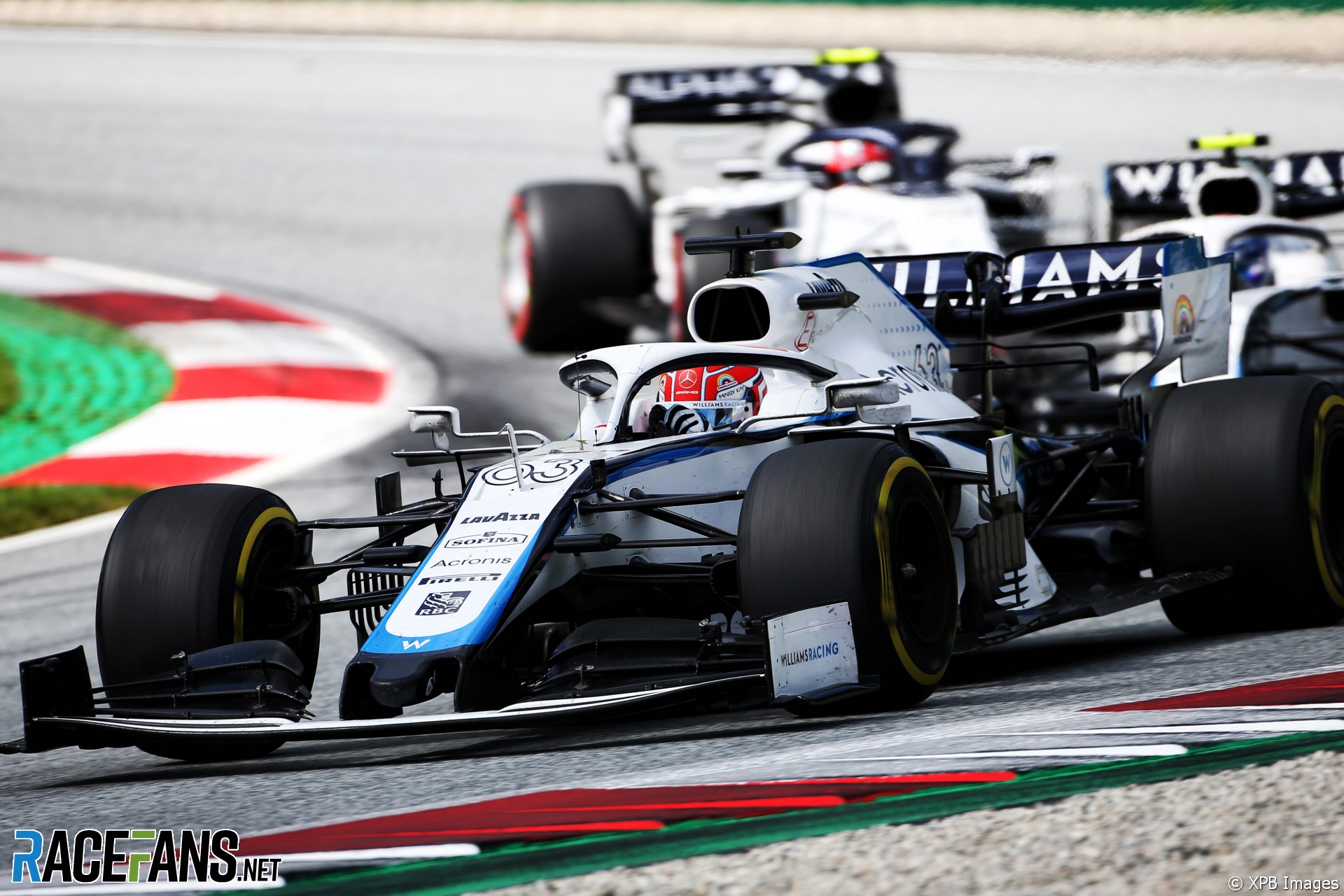 George Russell says the race performance of Williams’ FW43 has proved much less competitive than they expected before the championship began.

After finishing yesterday’s race two laps down in 16th place with only team mate Nicholas Latifi behind him, Russell said the team’s initial impressions of the car from pre-season testing had been confounded.

“Our pace was particularly slow today and it has been now for two weeks in a row,” said Russell, who took the chequered flag 15 seconds behind Pierre Gasly’s AlphaTauri.

“Coming into these two race weekends we thought our race pace would be stronger than our quali pace and it’s absolutely turned out to be the opposite way. So we need to understand that and improve.”

Russell apologised for losing time early in the race by sliding into a gravel trap at turn six while defending from Kevin Magnussen on lap three, falling from 11th to 18th.

“I completely messed that up at the start,” Russell admitted. “I made a good start, maintained the position and was just trying to hold position on the outside of turn six and just completely lost it and there was no group out there.

“So I need to say apologies to the team and I’ll bounce back next week.”

Russell started from 11th on the grid, the highest position for a Williams driver since the 2018 Italian Grand Prix. The team addressed cooling problems it had encountered during the first race, raising hopes the car would perform better in the cooler conditions last weekend.