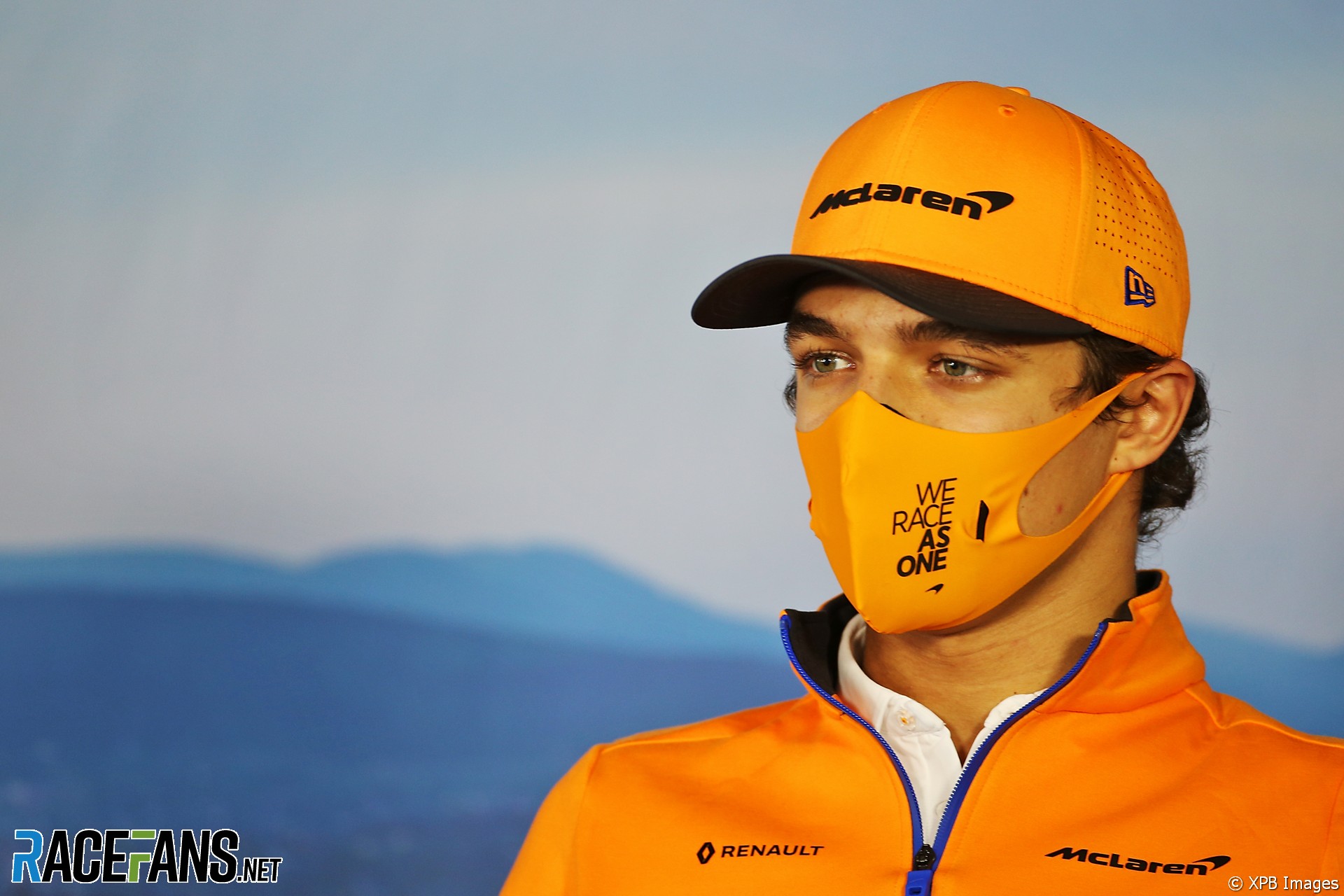 Lando Norris says he feels in better shape for this weekend’s Hungarian Grand Prix after having the chest pains he suffered last week examined in Britain.

The McLaren driver returned home for medical checks but says he respected restrictions to prevent the spread of Covid-19 by staying within his ‘bubble’.

“We’ve diagnosed it and I’m feeling better for this week, which is a very good thing,” Norris revealed in today’s FIA press conference.

“I went back to the UK in the last few days, remaining in my bubble, to go and see some specialists and get scans and so on. We diagnosed pretty much what the problem was and I’m feeling better.

“It’s not something that is going to heal completely overnight, but I’m much better than what I was last weekend. So that’s a good thing.”

Norris said he won’t know how successful his treatment has been “until I’m in the car and I’m pushing it to the limit again.”

“Better for now everything’s good and I look forward to it,” he added.

The 20-year-old had to curtail his running during Friday’s practice session last week due to the pain he was experiencing. He said the symptoms were brought on by his extended period out of the cockpit during the Covid-19 lockdown.

“It’s just bruising from being out of the car for so long, and then getting back into it and going straight into a race weekend, doing so many laps and so on,” he explained. “So it wasn’t something I could really prepare for or know about until after we did the first weekend.

“Obviously having a few days off in between it then hit my body a few days later and I was a bit bruised and so on.”

McLaren were unable to run their drivers in a Formula 1 car before the season began, but arranged a test session at Silverstone for Norris and team mate Carlos Sainz Jnr in Formula 3 cars provided by Carlin.