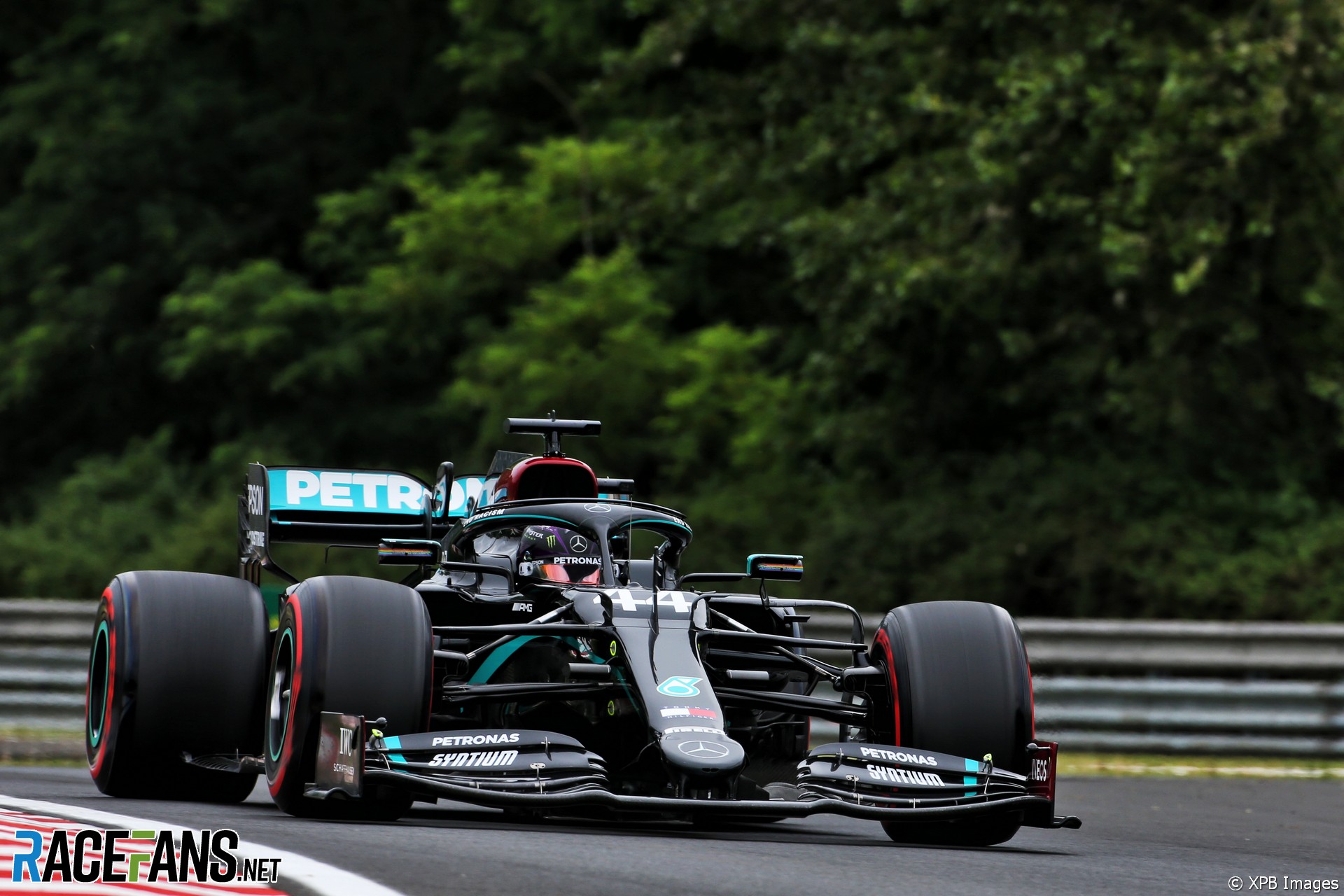 Behind the pair of W11s at the top of the times sheets came the two cars closely based on its predecessor – Racing Point’s RP20s. The pink team entered the third weekend of the season under a protest from rivals Renault concerning similarities between parts of its car and last year’s Mercedes.

Sergio Perez set the third-quickest time in the disputed machine, half a second off Hamilton, with team mate Lance Stroll the best part of a second away in his RP20.

Ferrari, who endured a difficult start to the season in F1’s two races at the Red Bull Ring, showed better form in the first 90 minutes of running at the twisty Hungaroring. Sebastian Vettel and Charles Leclerc ended the session well inside the top 10, beaten to fifth by Daniel Ricciardo’s Renault.

Max Verstappen, whose Red Bull was widely tipped to be the closest threat to Mercedes this weekend, could only manage the eighth-fastest time. He told the team he “completely destroyed the left-front” tyre early in his final run, and was frustrated at being held up by Nicholas Latifi at one point during proceedings. Alexander Albon put the other Red Bull 13th.

Lando Norris, whose sore chest has been attended to since last weekend, took ninth for McLaren ahead of the second Renault of Esteban Ocon and his team mate Carlos Sainz Jnr.

Pierre Gasly did no laps during the session due to problems with his power unit. “We’ve seen an anomaly on the data of Pierre’s [power unit] and we need to carry out physical checks which will take some time,” said Honda on social media.

The slowest driver to set a time was Robert Kubica, who made his second practice appearance for Alfa Romeo this year, at the wheel of Kimi Raikkonen’s car.