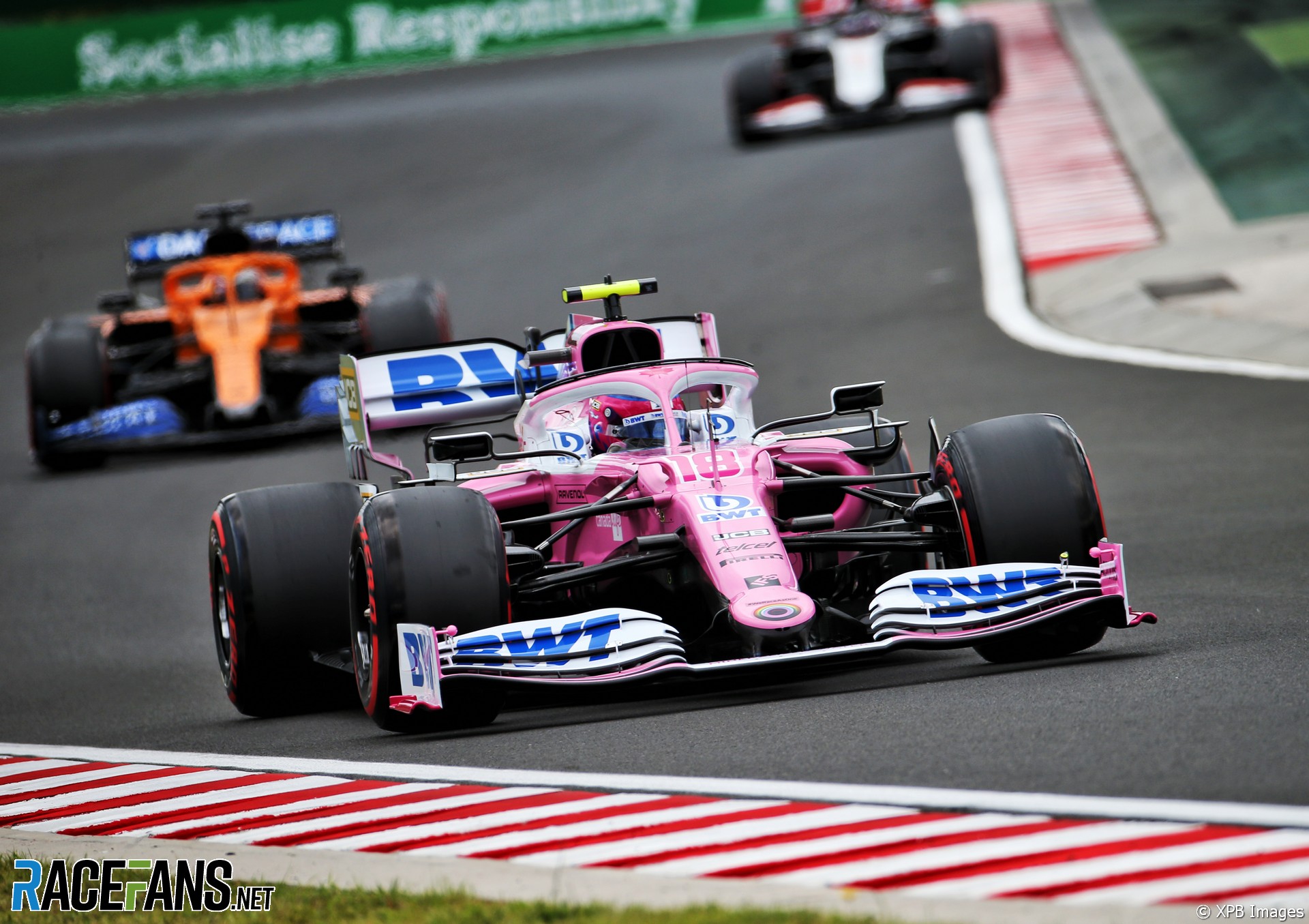 The two RP20s, which are the subject of a protest by Renault owing to their similarity to Mercedes’ championship-winning 2019 car, achieved their strongest qualifying performance so far this year in Hungary. Lance Stroll and Sergio Perez claimed the second row of the grid, nine-tenths of a second slower than the Mercedes drivers.

“I am happy for Racing Point because we were hearing in the past years always that the smaller teams on the smaller budgets were not able to compete at the at the front,” said Wolff. “And here we go, somebody with a vision and with an idea of where to prioritise has managed to really make the jump from the midfield into the top teams.

“The Racing Point is a podium contender, if not a race-winning contender going forward. And it proves that with the right leadership, the right decision making process and the right funding, you can actually accelerate your development curve. So [there’s] lessons to be learned and I’m happy to see them there.”

The FIA stewards asked Mercedes to supply examples of the brake ducts from its 2019-specification car in order to rule on renault’s claim against Racing Point. But Wolff said he has no concerns about the legality of the RP20.

“I can’t judge it because I’m not looking under the bodywork,” he said. “I think that from our side everything has been within the regulations.

“Racing Point has been in close contact, as far as I understand, with the FIA about the whole process. They seem to have re-engineered our car, they have bought non-listed parts from us last year and they’re just doing a good job.”

Wolff said he agrees with the FIA’s head of single seater matter, Nikolas Tombazis, that the row of the car is “less a technical discussion, more philosophical discussion.

“Should the smaller teams to be allowed to be supplied parts from the bigger teams for less R&D, and the bigger teams to make out to make some business out of it? Or should everybody just develop their own chassis in their own R&D? Which, as a consequence, would mean there is probably a two-tier society even with a cost cap.”

“All the complaining we heard last year that the smaller teams are never able to compete for pole positions and podiums and race wins is being shown it’s absurd.

“Because Racing Point is right up there, they are faster in some corners than we are. And it’s a good challenge to see that. I have no doubt that Racing Point will be a hard nut to crack on some of the circuits for us as well.

“So take the right decisions and deploy your resources where you think they are well-deployed and then I think you can have a quick car. So in that respect, I’m happy that there is that there is a process in place that will clarify those regulations, will make it transparent for all stakeholders what the FIA and FOM wish to happen in the future and then we move on from that.”