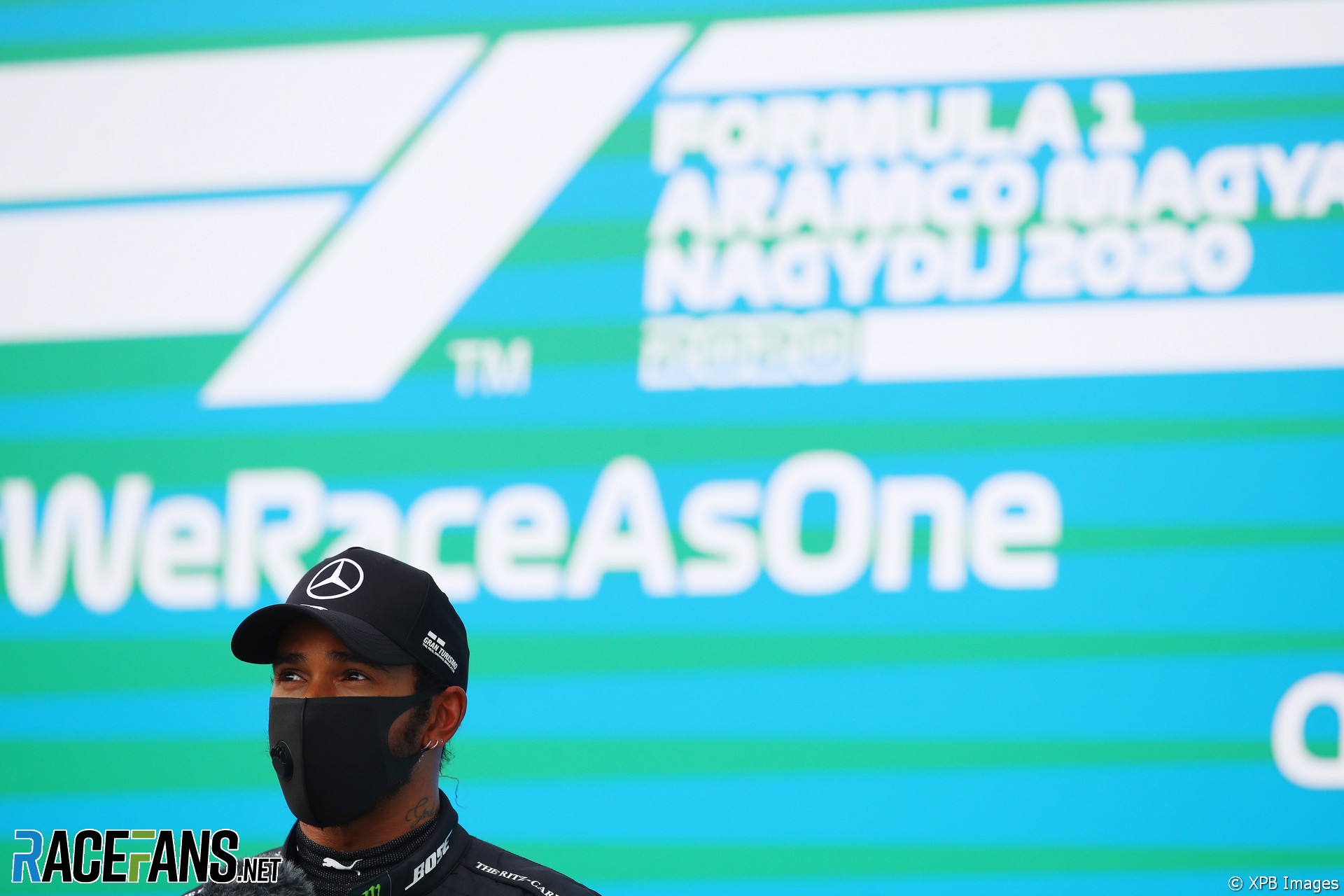 Lewis Hamilton has put renewed pressure on Formula 1 and Grand Prix Drivers’ Association director Romain Grosjean not to let the sport’s stance against racism be pushed into the background.

Drivers assembled for a pre-race gesture of support for campaigns to end racism ahead of the Hungarian Grand Prix, as they did at both races in Austria. Due to a change in the pre-race podium ceremony, this took place in the pit lane.

Not all drivers made it to the area in time for the start of the ceremony, and several of them arrived late. As at previous races, Hamilton and a group of others ‘took a knee’ in a gesture of support for anti-racism campaigners.

Asked whether support for the campaign had lost momentum within F1, Hamilton said Grosjean “doesn’t think it’s important to do it – he’s one of them that thinks it was done once and that’s all we need to do.

“So I tried to speak to him about what the problem is and that it’s not going away and we have to continue to fight for equality.

“I think this time he didn’t mention anything in the drivers’ briefing and neither did Sebastian [Vettel]. Sebastian and I messaged each other and he stressed, as did I, the importance of continuing to do it.”

Hamilton intends to speak to F1 about the ceremony. “I think moving forwards we need to speak with Formula 1. They’ve got to do a better job.

“It was such a rush: Us getting out of the car, running over, quickly taking the knee… they need to do more.

“I don’t know why they’ve only done it at the first race. They did it at the start, they’ve not done it since then. They’ve come out saying that they’re going to be fighting for diversity and racism but they’re not giving us a platform to continue to do that. It’s all rushed.

“So I think they could give us more time so if we speak to them I’ll probably send an email over the next couple of days and try to co-ordinate with them because they do want to do it, I guess there was just not enough communication.”

Hamilton added he hopes the rest of the drivers will ‘take a knee’ with him and the others in the future.

“With the other drivers, there’s not a lot I can do. I gave a lot of energy in Austria to try to convince a couple of the drivers and it’s a battle. But I think what’s important is the ones that are doing it. The understanding I think is fantastic.

“My dream is that one day the other drivers come around to it and if we get to the last race and we’re all kneeling down and showing that we’re united I think that will be beautiful.”