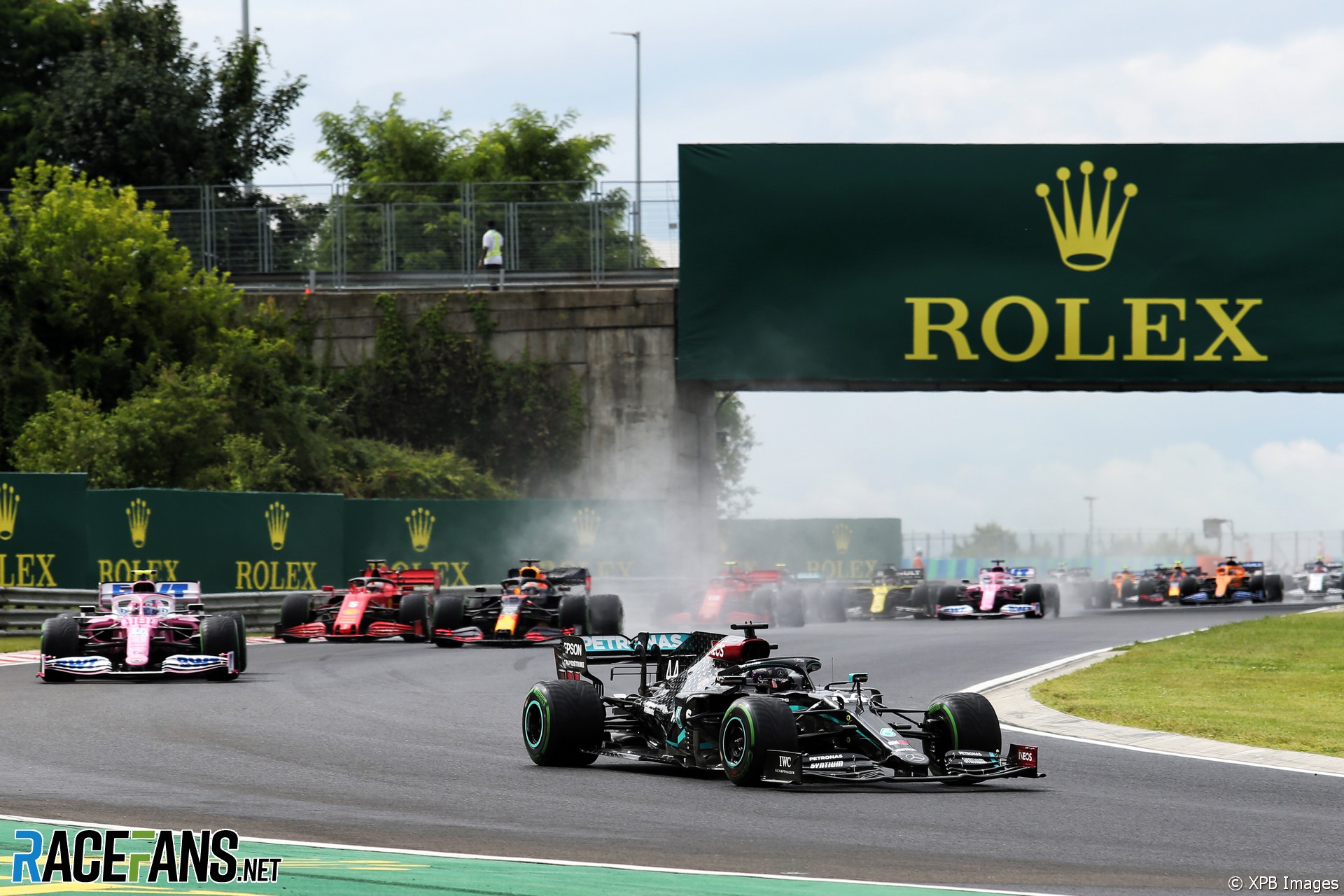 Lewis Hamilton scored his second win in as many weekends, controlling a Hungarian Grand Prix which began in difficult conditions.

Rain before the start of the race meant almost the entire field took the start on intermediate tyres. The track dried out quickly, however, and within a few laps everyone had pitted for slicks.

Hamilton was never seriously threatened, pulling out a 20 second lead over the fight for second place. He then sacrificed that to make an extra pit stop, fit fresh tyres, and grab the bonus point for fastest lap.

The contest for second place was between Valtteri Bottas and Max Verstappen, whose mere presence in the race was the result of a significant achievement by his Red Bull mechanics, who speedily repaired his car after he crashed on his reconnaissance lap.

Verstappen rewarded their rapid work with an immaculate start which put him in the hunt for a podium position. But for the second race in a row he found himself under threat from Bottas as the final laps ticked down.

Bottas came around the last corner within DRS range of Verstappen, but not quite close enough to strike. The pair had to pick their way through traffic, but Verstappen held on for second place.

Lance Stroll brought his Racing Point home fourth, around 19 seconds ahead of Alexander Albon. However the finishing position of the second Red Bull is in doubt, as the team is under investigation for drying his grid spot before the race started, a violation of the rules.

Sebastian Vettel brought his Ferrari home in sixth place, while team mate Charles Leclerc lost the final point to Charles Leclerc after a long stint on hard tyres. The pair were separated by Sergio Perez, Daniel Ricciardo and Kevin Magnussen, the latter benefitting from a gamble to switch to medium tyres on the formation lap.

Pierre Gasly was the race’s only retirement, coming to a smoky stop in the AlphaTauri pit due to what he called a “drivetrain” problem.