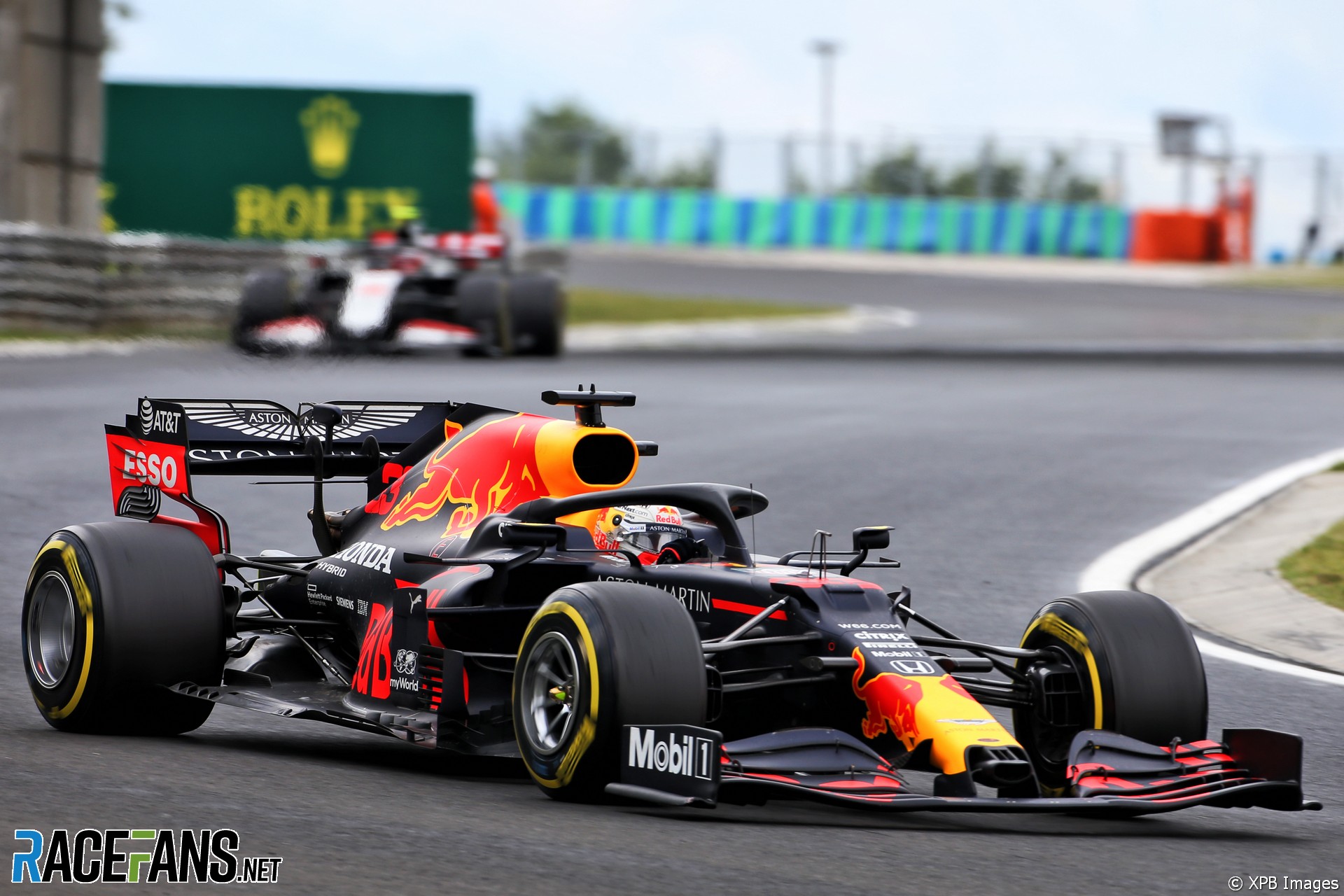 Max Verstappen said he didn’t expect to be able to start the Hungarian Grand Prix after he crashed while driving to the grid.

The Red Bull driver broke his front wing and suspension after skidding into a barrier at turn 12. He drove his damaged car to the grid, where the team successfully repaired it before the race began. Verstappen went on to finish the race in second position.

“It was not how I wanted it in the beginning, of course, ending up in the barriers [on] the laps to the grid,” he admitted.

“The mechanics did an amazing job to fix the car. I don’t know how they did it but incredible. So to pay them back with second place, I’m very pleased for that.”

A rapid start by Verstappen moved him up to third place by the end of lap one.

“The first lap was very crucial,” he said, “and from there on we had the right calls and we had good pace so we just kept doing our own thing. And of course to be able to split the two Mercedes cars is good for us.”

He said the repaired suspension felt “like new” from the start. “It was just in time but everything was working like normal.”

Verstappen came under attack from Valtteri Bottas at the end of the race, but held on to finish second.

“I was just trying to do my own pace. Of course I could see he was catching like a second a lap.

“But of course following here is quite tricky so as soon as he was within one-and-a-half seconds it was a bit more difficult for him. Then in the last lap we had also traffic in front which didn’t make it easier for me on those old tyres but we managed to hang on and very happy with second.

“I thought I was not going to race so to be second is like a victory today.”