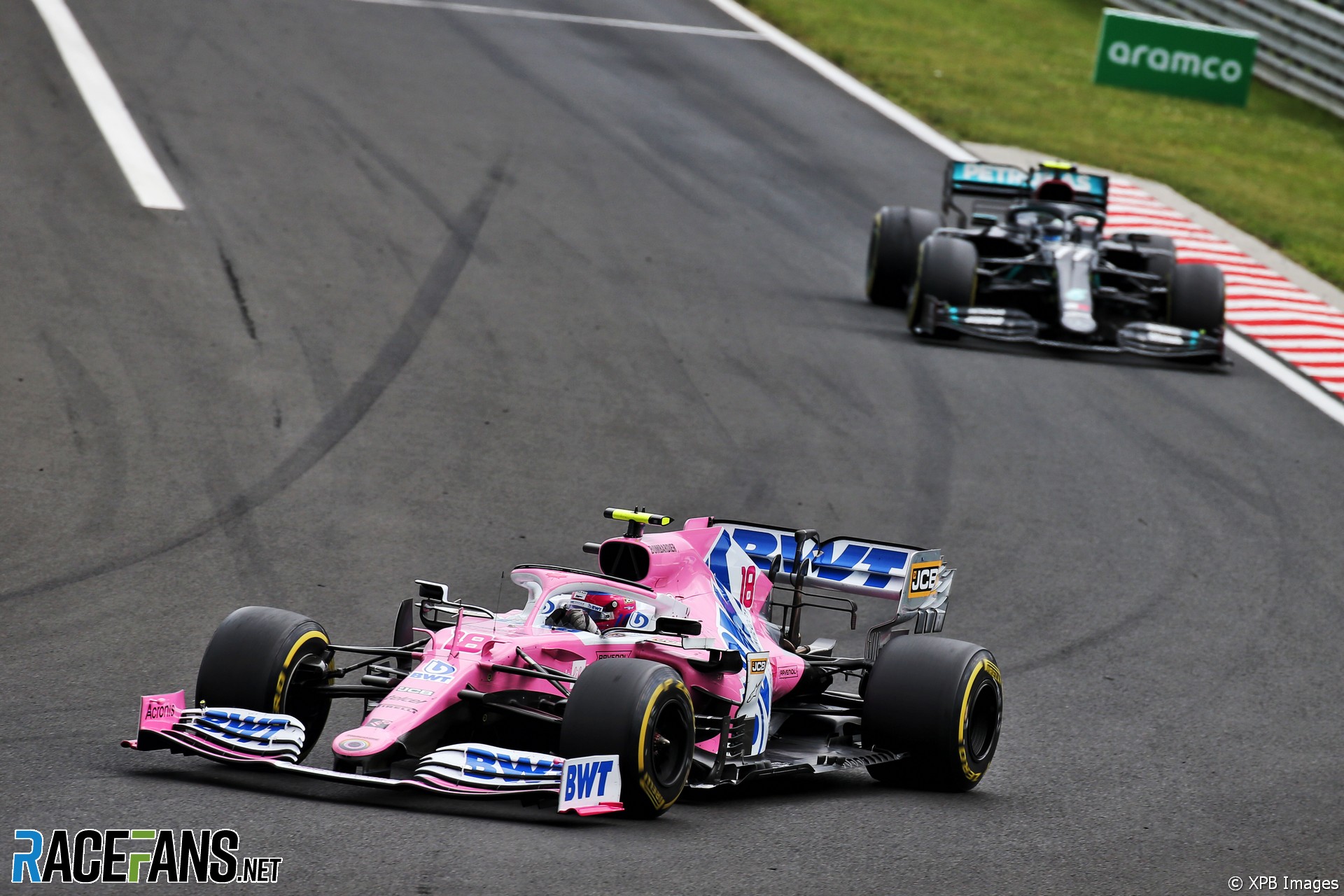 Racing Point have not done anything new by copying a rival’s car, but have done “a more thorough job”, according to F1’s motorsport director Ross Brawn.

The pink cars were second-fastest to Mercedes at the Hungaroring last weekend. However they are subject a protest by Renault concerning similarities between their design and last year’s championshi-winning Mercedes W10.

Brawn said copying a rival’s technical developments is nothing new in Formula 1.

“Copying in Formula 1 is standard,” he said in his post-race column for the official F1 website. “Every team has, in normal times, digital photographers in the pit lane out there taking thousands of photos of every car for analysis, with a view of copying the best ideas. We used to give our photographers a shopping list.

“Racing Point have just taken it to the next stage and done a more thorough job. There is not a single team in this paddock which has not copied something from another.

“I’d ask every technical director in the paddock to raise their hand if they haven’t copied someone else. You won’t see any hands. I have certainly copied others.”

Renault’s protest concerns whether the similarities between Racing Point’s brake ducts and those Mercedes used last year show the team had access to more than just photographs of the W10. However the regulations concerning brake ducts have changed since 2019.

“Last year, Racing Point had access to, and could use, 2019-spec Mercedes brake ducts because they were not a listed part. This year, brake ducts are listed parts, so you have to design your own.

“However, Racing Point cannot forget the knowledge they acquired using the 2019 Mercedes brake ducts. I think it is illogical to think they can wipe their memory banks. It is a tricky problem and one for the FIA experts to resolve.”