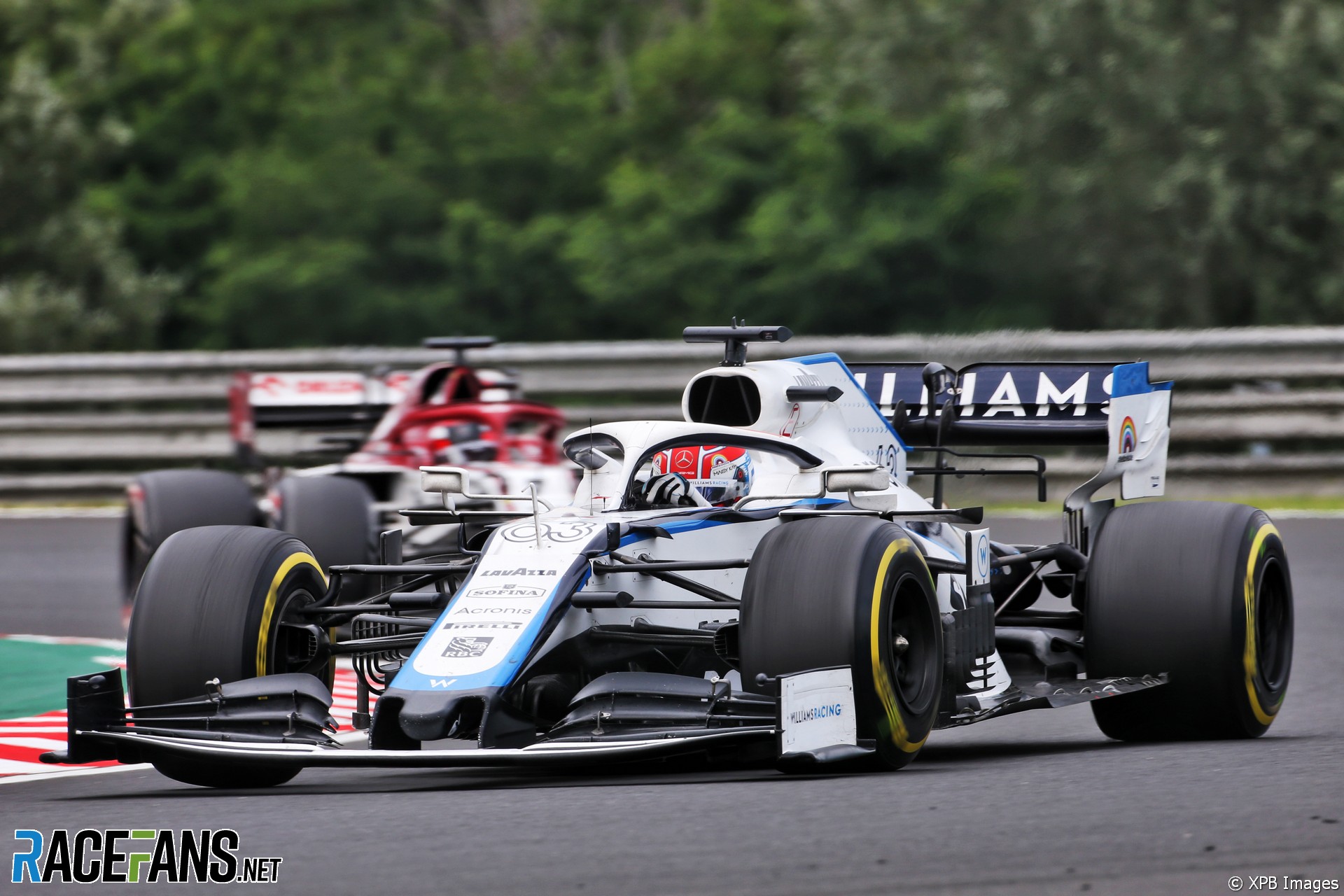 George Russell believes Williams’ poor performance in race trim is due to the car’s sensitivity to running closely behind others.

While the team’s qualifying pace has improved this year, and both drivers reached Q2 last weekend, the race performance of its FW43 has been disappointing.

Nicholas Latifi, who joined Williams as Russell’s team mate from Formula 2 this year, said he had been surprised how strong the effect of turbulent air was on his car. Russell believes the Williams is particularly prone to instability when running behind other cars.

“Our car is very sensitive to following others and becomes very difficult to control when following others,” he said. “Obviously on a Saturday [in qualifying] you’re not following others. So that’s the only understanding that we can take away from this.”

He described how the car feels when running close to others. “I feel like I just lose quite a lot downforce and the car becomes quite unpredictable.

“So all things are pointing towards or indicating it’s when we are following, our aero sensitivity is too high.”

The team hoped to “make good start and hold position from there” in Hungary, said Russell, but he lost three places on the first lap.

“We made a very poor getaway which actually we don’t understand why as procedurally everything was correct. Nicholas made an incredible start while doing, from a clutch procedure point of view, exactly the same. So just a bit of understanding to go on there.

“Ultimately that set us back dramatically and following from that, the track obviously dried very quickly. We probably should have [pitted] a lap earlier but unfortunately Nicholas was ahead of me and we weren’t ready to double stack.”