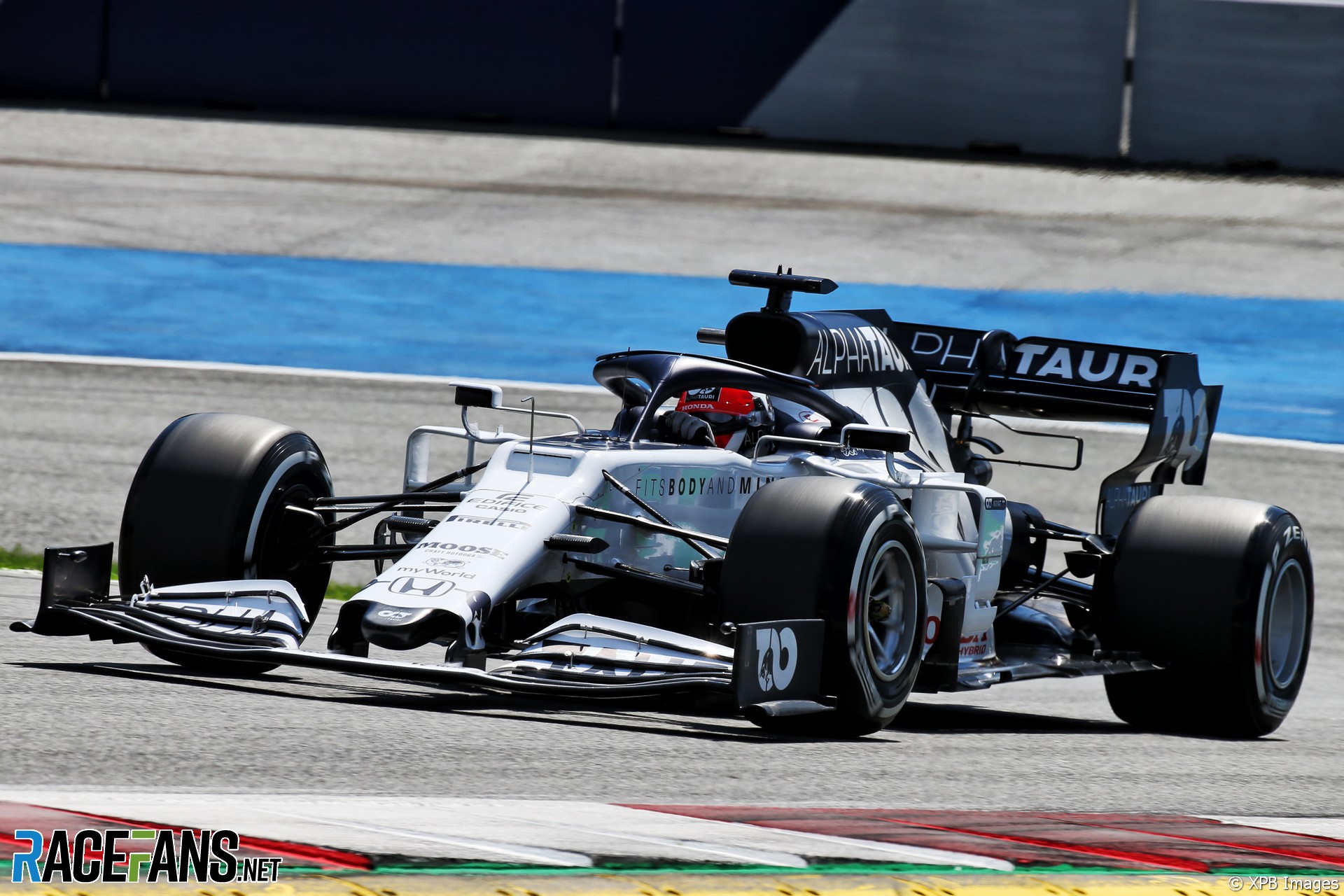 In the round-up: Daniil Kvyat says Honda have some minor areas to work on with their power unit but does not believe they are far behind their rivals.

For sure we didn’t have a dramatic drop in power compared to last year. I don’t know if someone else maybe did. But us we didn’t.

For sure it would be nice to have more. It seems like maybe there is a couple of guys who seems to be a bit quicker in the straight line than us at the moment, especially in qualifying.

But there was no dramatic change or competitiveness from us. There are a few things to tidy up by Honda. But I didn’t see anything dramatic.

"F1 is to specify a time in the schedule for the protest. It will allow drivers and other personnel to demonstrate their opposition to racism."

Antonio Giovinazzi: "On Sunday we are very competitive, we have shown that in each of the races so far, and if we put together a good qualifying we can be fighting for the top ten from lap one, so this has to be our objective."

James Key, technical director: "The British Grand Prix will see a continued evolution of the MCL35 with some developments that will be tested over the coming race weekend. We’ve got a unique challenge in balancing upgrades for this year while ensuring our 2021 car is moving ahead in parallel, as the only team to be changing engine partners between 2020 and 2021, our design work and planning for next year is more critical than for others."

"Roger has a huge influence in the automotive world, and I think that will open more eyes to the value and marketing opportunities that IndyCar offers. So I’m very optimistic it will happen, sooner or later. With Ferrari? That would be great. But there are other great options out there too."

News Silverstone will add luxury accommodation next to one of its corners was greeted with dismay:

Silverstone is one of the greatest tracks but also one of the most unwelcoming places to go.

With this now taking one of the best spots away it really will feel like spectators are unwelcome visitors in someone else’s garden.
Jamal

RaceFans Supporters get 40% off motor racing books from @EvroPublishing including My Greatest Defeat by @wbuxtonofficial. See https://t.co/pr3PnwhhQ6 for details pic.twitter.com/flWn28SWyo