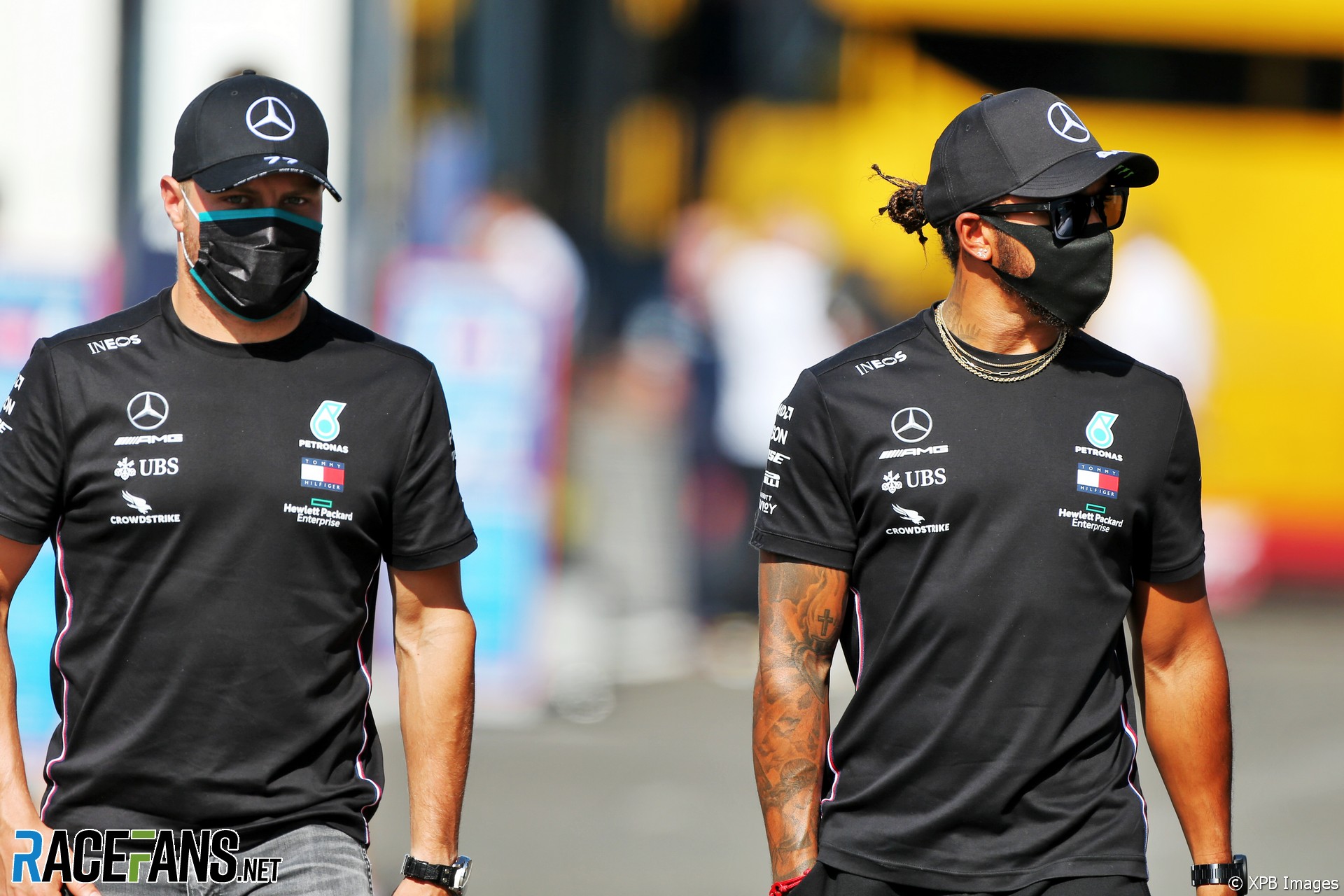 Mercedes is expected to extend the contracts of Lewis Hamilton and Valtteri Bottas into next season. The team has stated its commitment to its current driver line-up, and ruled out the likeliest alternatives on the grid at present.

“We are very happy with the line-up that we have,” said team principal Toto Wolff in Hungary.

“Valtteri and Lewis perform well, they get on really well with each other which is important for the dynamic within the team. And the engineers just really appreciate their feedback.”

Ahead of the Hungarian Grand Prix weekend, Williams confirmed Mercedes junior driver George Russell will remain at the team for the 2021 F1 season.

Mercedes has resorted to plucking a driver from Williams before – Bottas had been confirmed as Lance Stroll’s team mate for 2017 before being plucked to replace Nico Rosberg. However Wolff stressed the team intends to respect the arrangement it has with Williams deputy team principal Claire Williams.

“George has a contract with Williams, a three-year contract which runs one more year. Claire made it very clear that she sees George as an important asset to the team and in that respect one must respect the contractual situation.

“We, George and us, knew what we were getting ourselves into. Two years ago, Williams gave George the opportunity to come into Formula 1 and this is why the decision that Williams takes we respect that very much.

“On the other side, it doesn’t mean that if George would be free, he would find a guaranteed slot within Mercedes. Valtteri and Lewis are our drivers today. Loyalty is something that is very important to us and we are always looking at the long term picture. George is certainly part of the plans for the long term, but not for 2021.”

While Russell’s plans for 2021 are set, those of four-times world champion Sebastian Vettel remain unknown. Would Mercedes consider hiring him? Pairing Vettel with Hamilton would create a formidable line-up when measured by their combined achievements: 10 world championships and well over 100 grand prix victories, and counting.

But Hamilton and Bottas have kept the silverware flowing at Mercedes, without generating the kind of animosity which prevailed between the previous pairing. As technical director James Allison explained, they have no reason to tamper with a winning formula.

“Why would we wish to move away from a line-up that has produced such strong results, a respect across the garage between our two drivers that has been evident for all to see, and a level of performance from both men that I think many people up and down the pit lane would envy?

“Why would we want to step away from something that is clearly working and try something else, which is fraught with – yes, maybe some opportunity – but also lots of bear traps in it too.”

The only caveat to the above, as Wolff has indicated before, is if a replacement is needed for either of its drivers. That possibility alone is surely why Vettel is yet to firm up his plans for 2021.