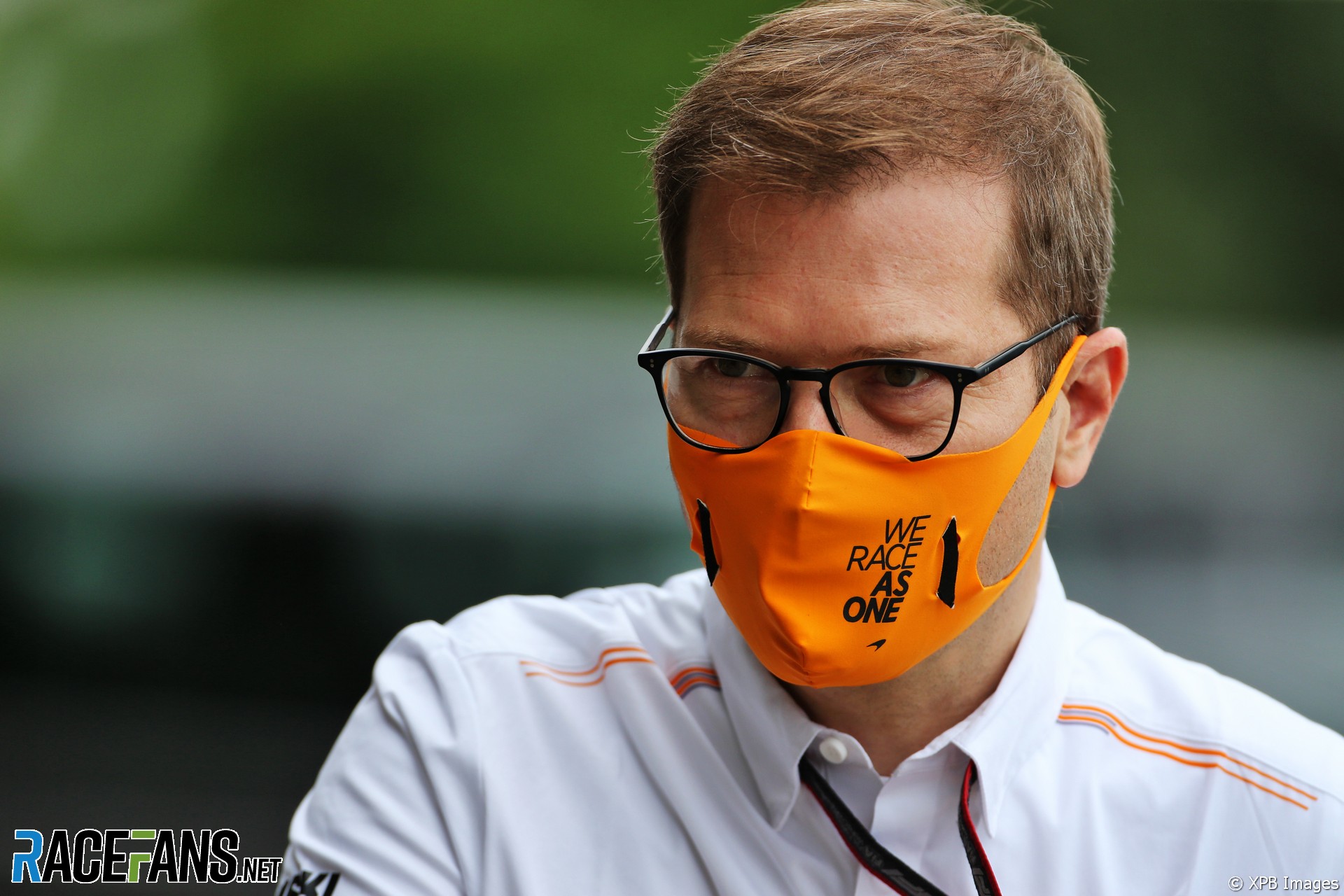 In the round-up: McLaren team principal Andreas Seidl says teams’ staff will be under significant pressure as the sport begins its second of three consecutive triple-header race weekends.

Seidl said the second triple-header is likely to prove more of a challenge than the first:

At the moment, going into the first triple-header after this long break we had, I think is also not the biggest challenge yet. I think we just need to be aware that the longer we go in the season, especially the triple-headers that are coming later on, that will be a big challenge for the team.

What we do from the team’s side is obviously trying to make travelling, accommodation, everything we can provide to the team here at the track and back at the hotels as comfortable as possible and as good as possible, simply to get through as a team in the best possible shape.

At the same time, I think everyone inside the team understands that this is a special season and the special circumstances of this virus broke out. We all understand also that it is absolutely necessary also for the existence of the teams that we do all these races this year and I simply hope that with all everything we do together with the team having an open year, listening to where the problems are within the team or with each team member we hopefully manage to get through in a in a sustainable way also.

Formula 2 has announced it will appear on the support race schedule for the #RussianGP at @SochiAutodrom on September 25th-27th. Good news for home drivers @NMazepin, @ArtemMarkelov6 and championship leader @ShwartzmanRob. Further rounds still to be confirmed.#F2 pic.twitter.com/IwdG5XcChQ

We have to bring our A-game - Toto (Mercedes)

"The first three races have also highlighted another crucial factor: the importance of reliability in this shortened season. We're one of only two teams that have finished all races with both cars this year and we know how quickly a DNF can make a lead in the points disappear."

"Although Sutil is yet to confirm or deny his involvement, the driver was said to be unscathed."

Could Formula 1 return to Istanbul Park in 2020? (Formula Spy)

"The circuit was rented out to Intercity car rentals in 2012, and has remained under their management ever since. This included opening a huge car rental hub at the circuit, with 35000 cars parked up at the venue all year round."

On the Mona Lisa and other copies (Il Grillo Rampante)

Formula 1 will have no race in the USA this year for the first time since 2011, but the sport has gained at least one new fan:

I’m hopeful that next year’s race will be just as popular.

As much as people give F1 a hard time for getting back to racing relatively early, when incredibly strict distancing, “bubble” management, and extremely frequent testing is necessary I do believe it has been to F1’s benefit. I have a buddy in Dallas, Texas who started watching — and has been hooked — because other sports weren’t available to watch yet. He watched Drive to Survive on a boredom lark and ended up binge watching both seasons and has watched qualifying and races, texting me constantly about how awesome the season has been.

Admittedly, he was a prime candidate. He has a friend in me who is obsessed and he is also accustomed to watching European sports at odd hours thanks to his love for Premier League Football. But if one person has done this, then I think it is safe to assume others have as well. May all the new fans live within travelling distance of a race track and have the budgets to buy race tickets next year!
Jason (@Jmwalley)