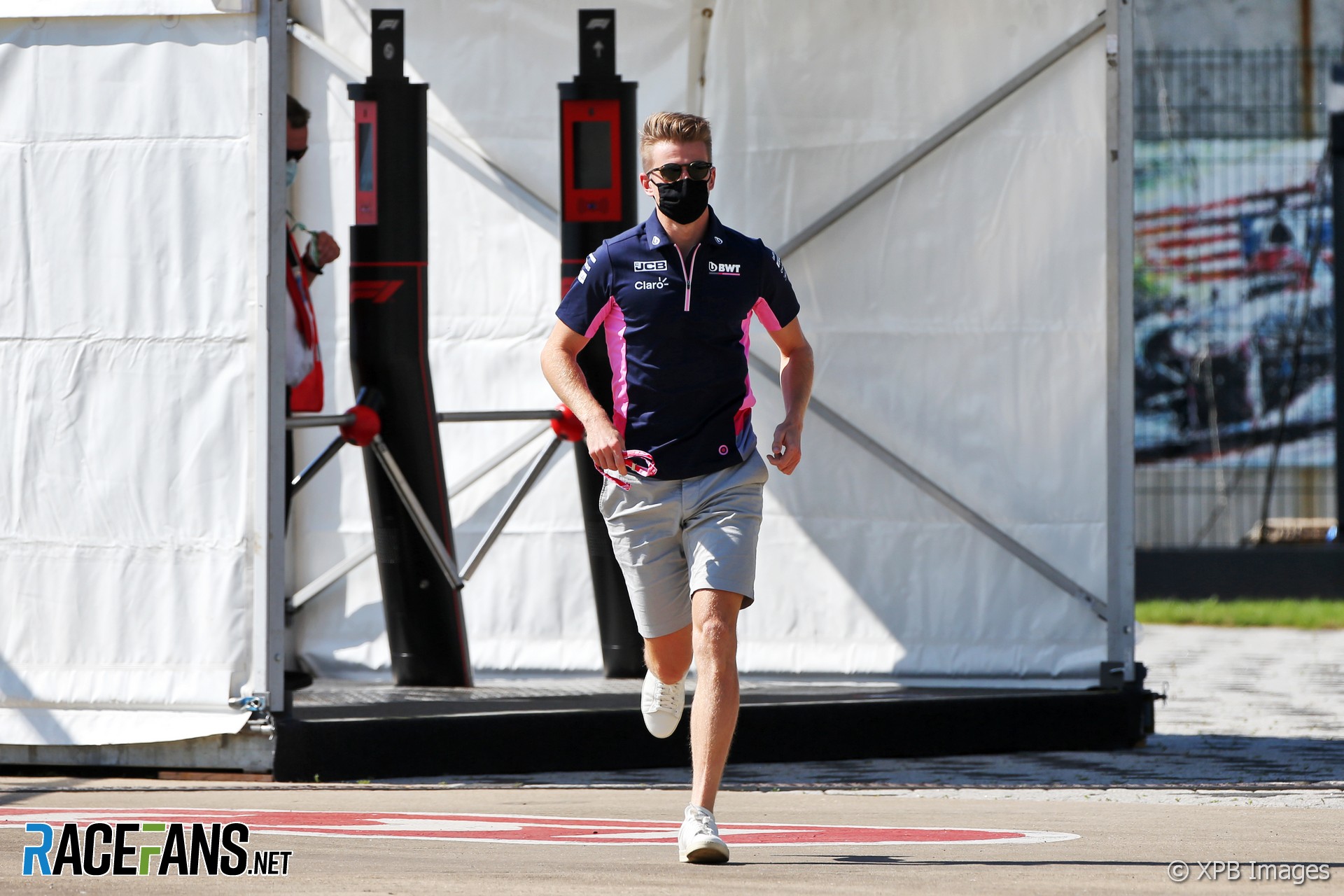 Nico Hulkenberg was only given the all-clear to take part in this weekend’s British Grand Prix 15 minutes before first practice began.

He was contacted by Racing Point yesterday after doubt arose over Sergio Perez’s participation at Silverstone. When Perez was found to have tested positive for Covid-19, Racing Point opted to appoint Hulkenberg as his replacement.

“When I started thinking about this when Checo’s first test was inconclusive, [I was] hoping that the next test was negative but you’ve got to hope for best and plan for the worst. So we started that planning and we did it in parallel with Hulkenberg and Esteban Gutierrez at the same time.

We also have Stoffel Vandoorne but he couldn’t be here this weekend as he’s got a Formula E commitment. So it was Esteban or Nico.

“Our engineering team, after we discussed, thought Nico would be more appropriate for our team because he knows us really well, he knows all the engineers, he knows our systems, our processes, he’s driven our simulator, it’d be easy for him to get in the simulator again. And also he has relevant experience from having driven in Formula 1 last year. We just needed somebody that could score points for us so we thought Nico would be the best guy for us.”

Hulkenberg decided to make a quick return from Germany and cancel an appearance at the Nurburgring after Szafnauer called him.

“He had just landed in Germany,” said Szafnauer. “I think he was flying to Germany to do some kind of sports car test or something. I don’t know what category of racing.

“But he landed there and said ‘I just landed here, I’m going to do a test’. And I said ‘well, maybe you should jump in a Formula 1 car’. So he said ‘yeah, absolutely’.

“I think he spent an hour on the ground in Cologne to grab his boots and a helmet. I think the helmet he grabbed isn’t to spec anyway. And then he flew into Birmingham so he landed here about 7, 7:30 last night.”

Hulkenberg required a negative Covid-19 test before he could enter the F1 paddock. This was only confirmed by F1 test supplier Eurofins a quarter of an hour before the first practice session began.

The Racing Point driver had to dash to the team’s garage in order to get behind the wheel of his RP20. Szafnauer said Hulkenberg began the session five minutes late as a result.

“We got the ‘go’ from Eurofins at quarter to 11 saying that his test came back negative. So then we had to quickly get him in the car.