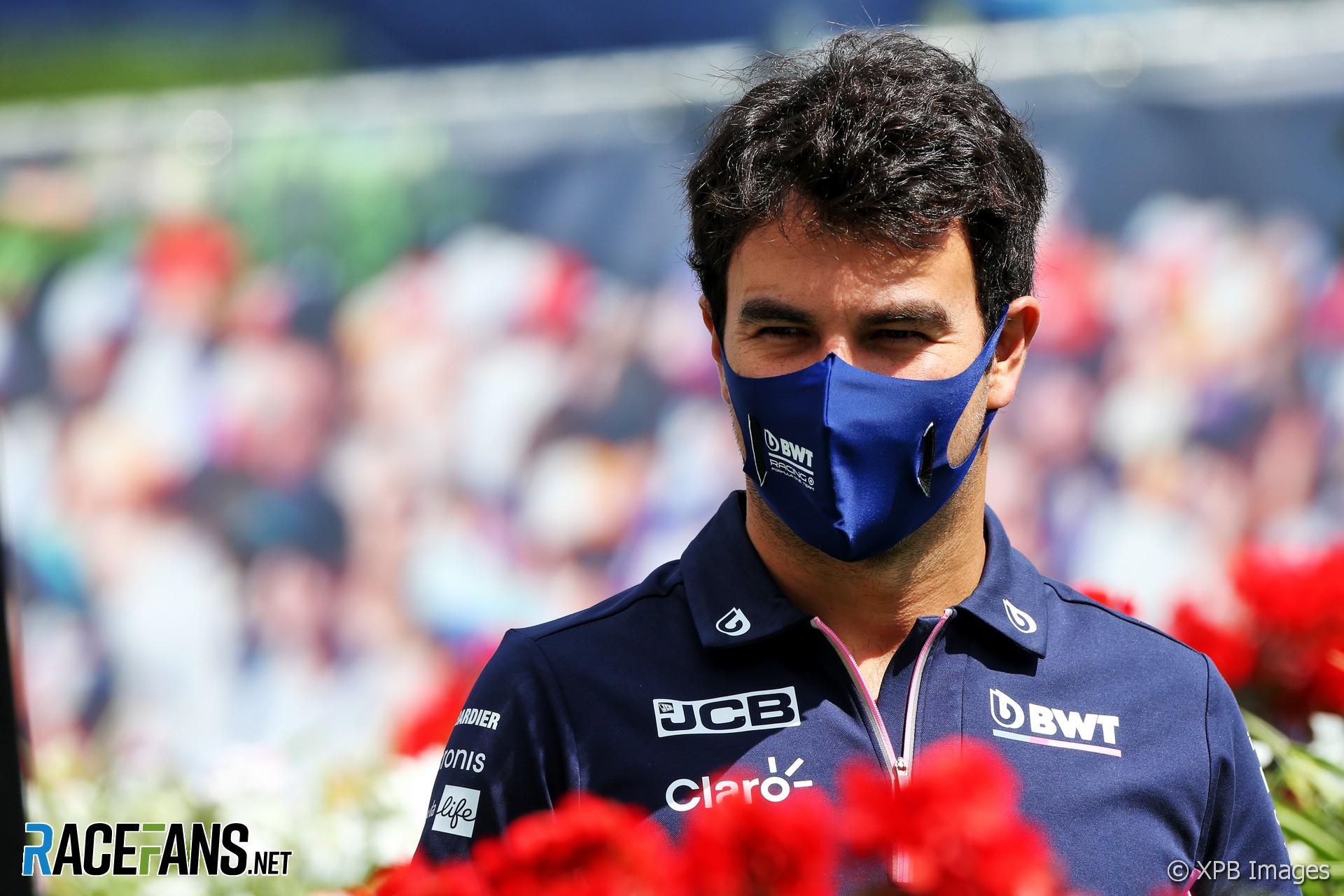 Racing Point CEO Otmar Szafnauer says the team will conduct a painstaking study of how Sergio Perez contracted Covid-19 prior to the British Grand Prix.

However he insisted their driver had done nothing wrong by returning to Mexico, where around 7,000 new cases of the virus are being diagnosed each day.

“I don’t think Checo did anything wrong going back to his family,” said Perez. “He takes all the precautions.

“I think it’s no different than, you know, Ferrari going back to Italy, for example.”

Szafnauer said Perez was astonished to discover he had contracted the virus.

“He’s asymptomatic,” said Szafnauer. “He was surprised that he tested positive. He couldn’t believe it. He said ‘there’s no way, I’ve no symptoms, I feel completely fine’.

“He travelled privately, so he thought he took ample precautions, he didn’t get on a commercial flight in between races. So he was surprised.

“But he’s OK, we’re going to check on him daily, send the doctor to him, he’s quarantining now. And we just have to make sure that this virus gets out of his system and it comes back racing.”

Perez did not need to get permission from the team before returning to Mexico, said Szafnauer, but they did check on his travel arrangements.

“We’ve got no clauses in the contract where he’s got to ask permission to go back to his family,” said Szafnauer. “I think his family was in Mexico, it’s not a surprise that he went back to Mexico. That’s what he’s done for forever while he’s been driving for us.

“We did discuss how he was flying there and back and it was always by a private flight, never commercially. There’s no issue with that.”

Szafnauer did not criticise Perez’s decision to return to Mexico. “There are many people that are in hotspots all around the world. A big contingent of our factory live in Northampton, and Northampton was shut down as well.

“So our philosophy is we take all the precautions necessary in light of where we’re travelling. And if we do take those precautions, I’m confident that we won’t get the virus. We just need to now forensically look back and try to ascertain how Checo became infected and make sure that we cover that off in the future.”

Other Racing Point team members who have been in contact with Perez, including a group based at the factory who run the simulator, have been isolated.

“There are two members of staff that travel with Checo: his PA and his physio. They both tested negative, but they’re isolating as well for either seven or 10 days.

“There are three members of the team that did a simulator session with Checo. They didn’t really come in contact with him because the simulator’s in one room and the control centre where they are is in a totally separate room. So we had the social distance required. We also wore masks as we always do and PPE [personal protective equipment] as well.

“As a precaution, they then stayed at home and isolated until they got a negative test. So we tested them, all three of them are negative as well. They tested again this morning, they’re at the factory now, they haven’t come into the paddock. But my anticipation is they’ll be negative again for their second test and then thereafter we’ll see, we’ll make a decision on whether they should come into the paddock.”