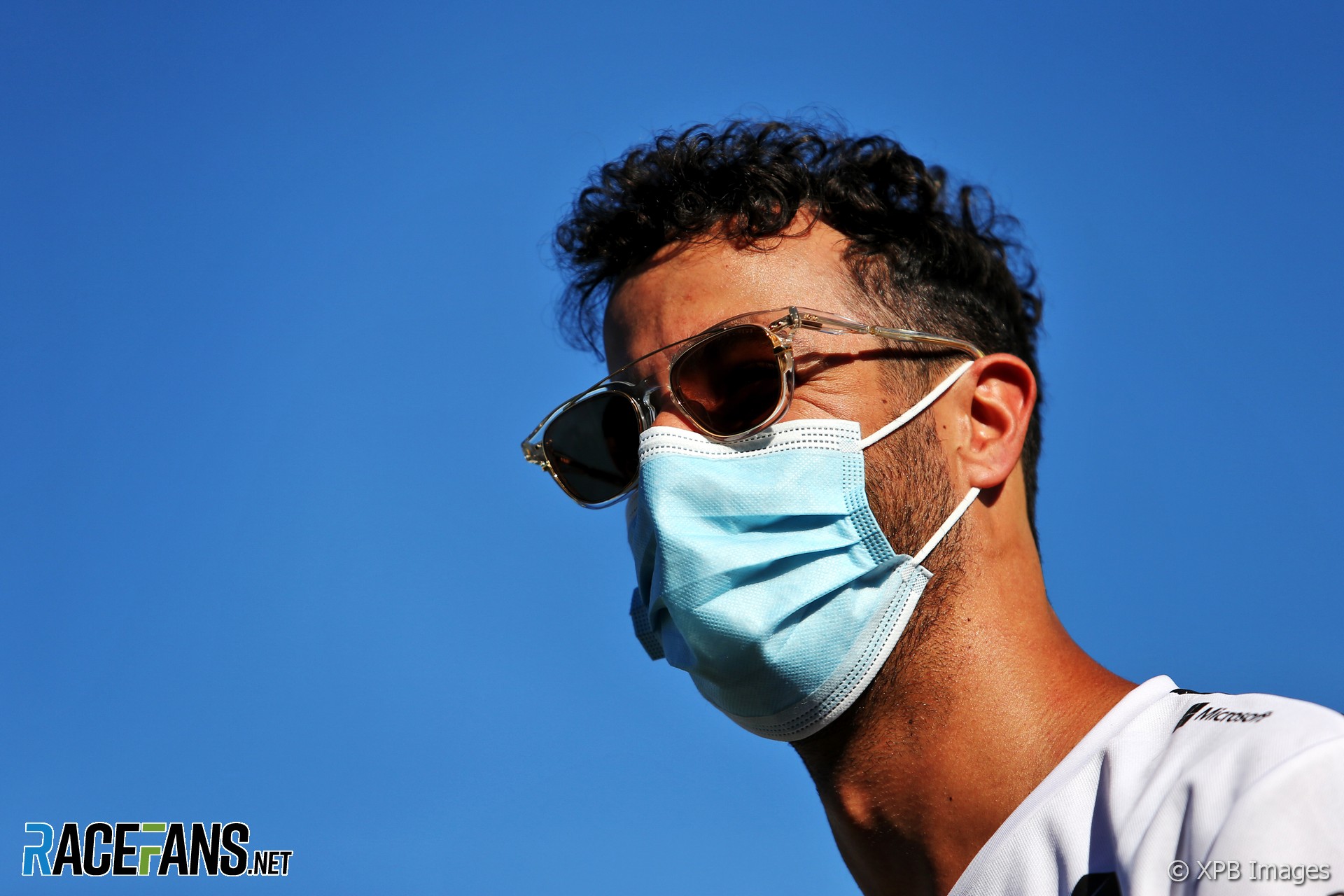 In the round-up: Daniel Ricciardo says Mercedes’ continued dominance of Formula 1 deserves respect, though it frustrates him.

Ricciardo was speaking after qualifying, where Mercedes were over a second a lap quicker than anyone else.

I feel like I’ve always been on the side of taking my hat off to them and putting the [onus] on everyone else to find what they’re doing and to work a little harder or in another direction.

Even the DAS system, I think, when I saw that in winter testing, I was very complimentary because they have the ability to be the most complacent team on the grid yet I feel they are the least complacent. This is this is the bar that they’ve set and they keep moving.

So it’s admirable, it’s frustrating as competitors, but I really hope for everyone, for all the teams, it’s just more fuel for the fire and [they’ll] just dig a little deeper to find some answers. I won’t lie, it still is frustrating to see such performance. But all you can do is take your hat off to them, really. You can’t be bitter, they are doing a great job.

Another day another @FIAFormula3 penalty change: This time Matteo Nannini has a 10-second time penalty reduced to five as the stewards discovered he exceeded the minimum delta time during a Safety Car period in three consecutive marshalling sectors, not four as first thought. #F3

"I am very disappointed with myself and the mistake I made on my final lap. I got too greedy on the throttle, and just spun the car around. I think if I had actually done the lap, I probably could have done a lap good enough for Q2 that George showed was possible."

Otmar Szafnauer: "Nico didn’t quite make the top ten – which is understandable given that he’s been thrown in at the deep end and only drove the car for the first time yesterday. From P13, with competitive race pace, I’m confident he can score points tomorrow."

Pierre Gasly: "I’m happy with my qualifying today! We had the pace for Q3 again and matching the lap time of Racing Point, which is at the moment one of the top cars on the grid, is really positive and it means we did a pretty good job on our side."

Laurent Mekies: "Sebastian has had a rather troubled weekend so far and all the time he lost because of various technical issues certainly didn’t put him in the best possible shape for qualifying. Tenth place is essentially a logical consequence of that."

Kevin Magnussen: "We saw this coming. It was our expectation coming into this race weekend, but we did the job that we could in qualifying ahead of the Alfa Romeos, who are our main competitors. That’s all we can do at the moment. There’s a bit of a jump to the next group."

Frederic Vasseur"We are still far from where we want to be, but we are heading in the right direction. We are getting closer to a place in Q2 and we have to take this as motivation to progress further. "

"There was one series he believes best prepared him for his IndyCar opportunity. 'Super Formula, for sure,' Palou said. 'In Europe, they don’t teach you as much to get ready. IndyCar is so competitive and so close. You have pit stops with refuelling, three or four pit stops during a race, and in Europe, you don’t learn that. You are thinking about the tyres.'"

@Wsrgo spotted an unusual technique by Charles Leclerc at the final corner:

Anybody else notice Leclerc’s unorthodox racing line at Club? He was widening his entry into the corner, slingshotting out tight with less throttle maybe, but a shorter run up to the line.

Given how close the line is to the final corner, I’m surprised nobody else has been trying the same trick. Getting a strong exit on your hot lap isn’t useful, since you don’t need to carry all that speed into Abbey anyway.