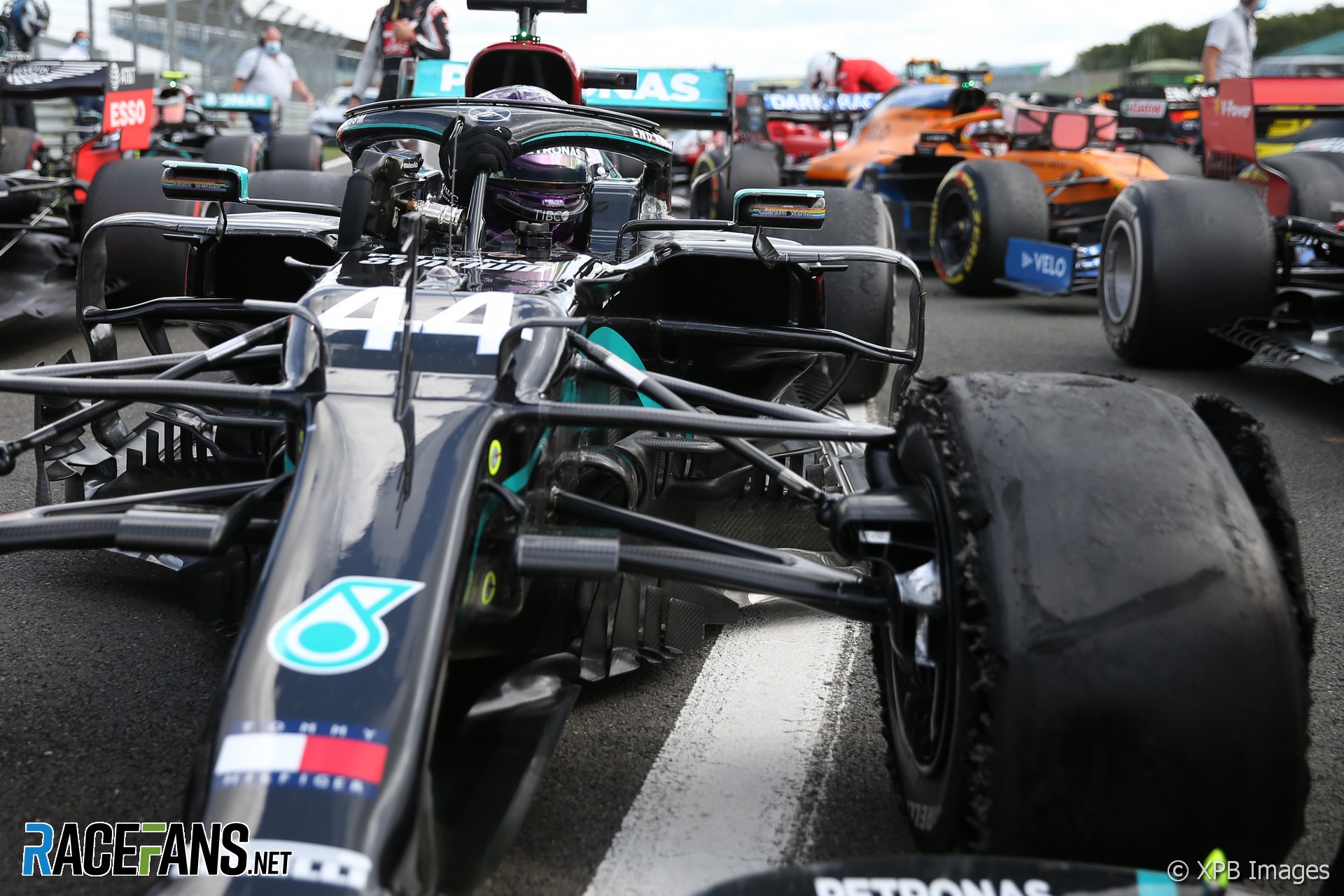 Formula 1’s official tyre supplier Pirelli has concluded its investigation into the punctures which occured in Sunday’s British Grand Prix and confirmed it will press ahead with plans to bring softer tyres for this weekend’s second race at Silverstone.

It pointed out lap times fell by over one second at the circuit and that an early Safety Car period meant most of the field attempted to do more than three-quarters of the race distance on a single set of tyres.

“A set of individual race circumstances led to an extremely long use of the second set of tyres,” said Pirelli in a statement.

“The second Safety Car period prompted nearly all the teams to anticipate their planned pit stop and so carry out a particularly long final stint: around 40 laps, which is more than three-quarters the total race length on one of the most demanding tracks of the calendar.

“Combined with the notably increased pace of the 2020 Formula 1 cars (pole position was 1.2 seconds faster compared to 2019) this made the final laps of the British Grand Prix especially tough, as a consequence of the biggest forces ever seen on tyres generated by the fastest Formula 1 cars in history.

“The overall result was the most challenging operating conditions for tyres. These led to the front-left tyre (which is well-known for working hardest at Silverstone) being placed under maximum stress after a very high number of laps, with the resulting high wear meaning that it was less protected from the extreme forces in play.”

For this weekend’s 70th Anniversary Grand Prix at Silverstone, Pirelli will bring the C2 and C3 tyres again, but replace the hardest C1 compound with the second-softest C4 compound, as previously planned. In light of Sunday’s failures it will review the tyre usage guidance for teams and increase the minimum tyre pressures to reduce the strain on the constructions.