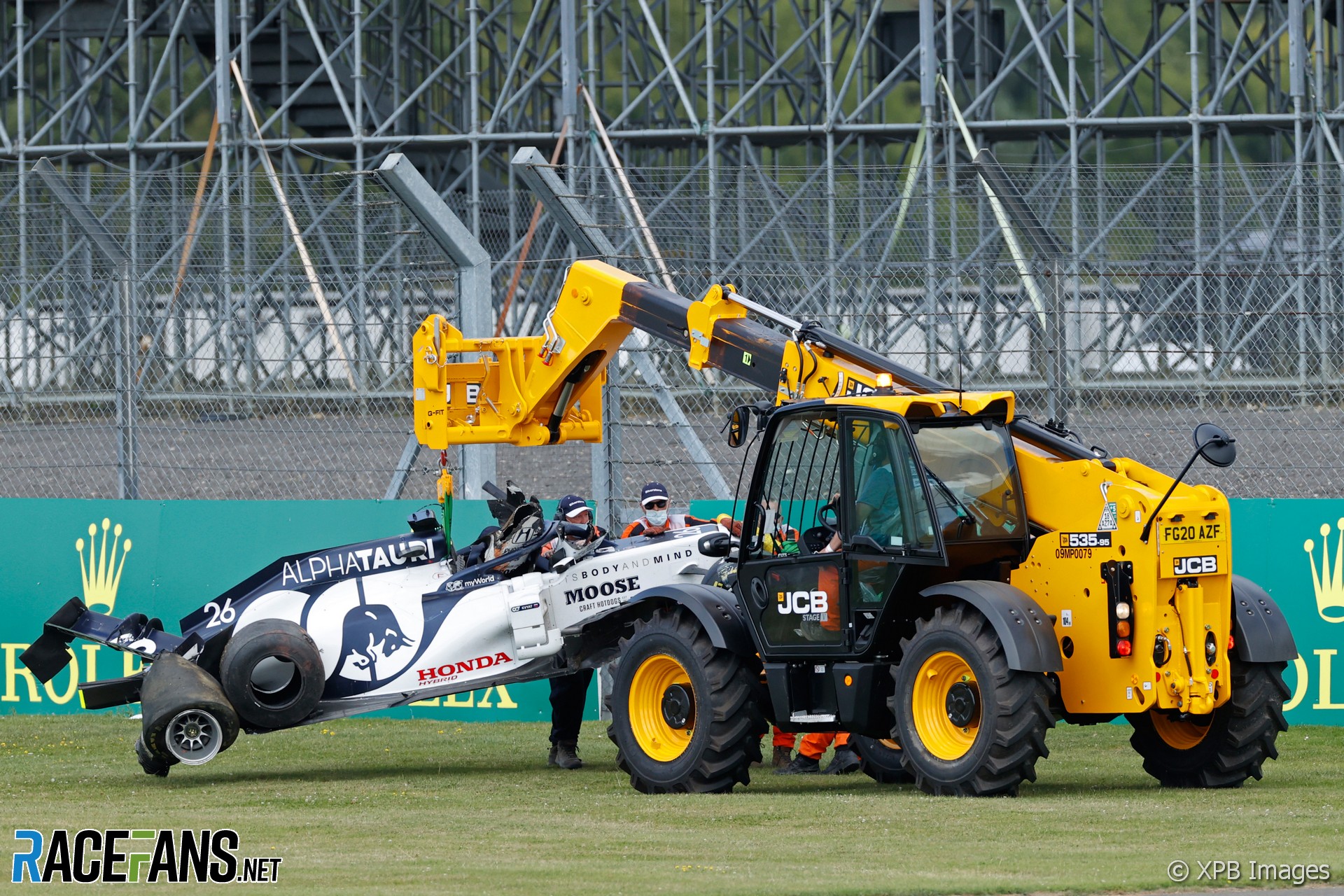 In the round-up: Reductions in the number of marshals working at the British Grand Prix due to Covid-19 restrictions did not increase the time taken to recover Daniil Kvyat’s car following his crash, says F1 race director Michael Masi.

Masi responded to suggestions the recovery of Kvyat’s car took longer than usual because of the reduction in the number of marshals:

No. I’d suggest that it was the state of Danny’s car and the extent of the damage actually made it more difficult to recover that car. So I don’t think it was anything to do with that at all.

Actually, to be honest, the marshal reductions here had nothing to do with trackside side of it. So I didn’t say that was any impact at all.

I should come back online for a little. Wild race in the end. Great result. Chuffed, as they’d say down here. Splendid. Let’s do it all over again next weekend

"For their work to be discounted to say ‘Ah, you’ve copied’, or ‘plagiarised’ as I heard somebody say, it’s absolutely not true and it has gone too far."

"It will be very emotionally draining. It's physically going to be tiring, yes, because of the number of races in a short period of time."

"'It is a really, really difficult question,' he replied when asked to pinpoint a reason for the tough opening rounds. 'F2 is famous for how difficult it is to really be in the sweet spot all of the time.'"

"Which existing PS4 peripherals/accessories will work on PS5? Specialty peripherals, such as officially licensed racing wheels, arcade sticks, and flight sticks, will work with PS5 games and supported PS4 games."

The inside story of Formula 1's Coronavirus collapse (Road and Track)

"'Who’s in charge?' I asked one team principal. 'Who the fuck knows?' he responded."

Drivers should be able to tell when their tyres are close to failing, says @Slowmo:

I think the issue is not that the tyres failed but in the manner they failed with no performance degradation. The expectation was if the tyre runs out of tread it will drop off a performance cliff face but that’s not what happened, the tyres sidewalls just let go which is dangerous.

This is similar to when we had the tyre de-laminations a few years ago that resulted in the minimum pressure regulations. I do wonder if the wear was so critical that when they eased off due to the vibrations it actually decreased the pressure enough to destabilise a already weakened tyre structure. I’m sure Pirelli will blame debris or the track and hope for a free pass.
@Slowmo