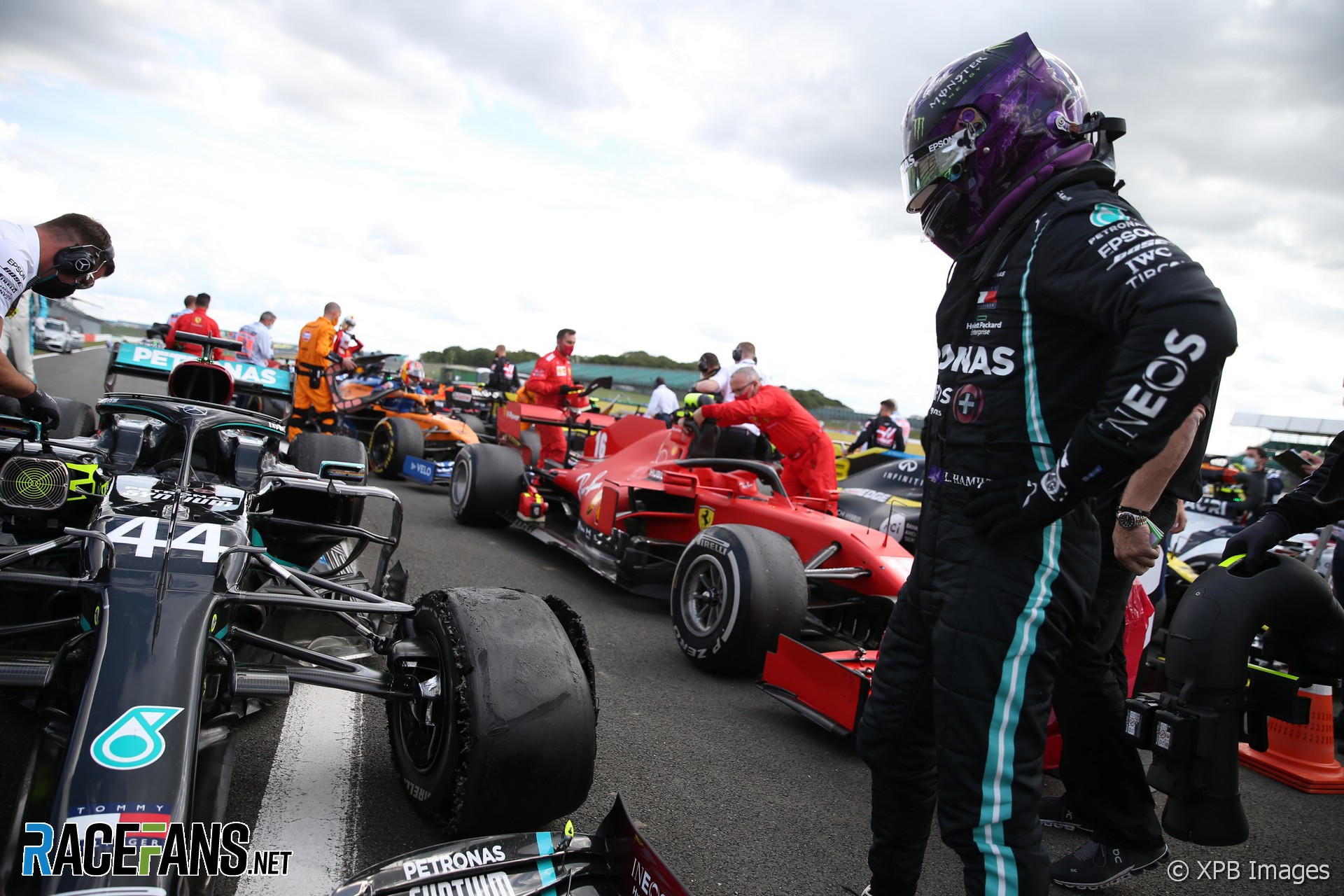 Formula 1 will race at Silverstone for the second weekend in a row on Sunday. But has it and tyre Pirelli found a solution to the dramatic failures which occured four days ago?

Last week’s British Grand Prix at Silverstone was uneventful for the most part until a spate of tyre failures arose in the final five laps of the race. For this weekend’s race, softer tyres will be used, a decision which was made in the hope of creating a more varied race.

Pirelli has announced changes to its restrictions on how teams can use tyres this weekend. How far they will go in raising tyre pressures and altering camber angles, and will this be enough to prevent a repeat?

The 2021 tyre prototype test that was set for practice two on Friday has been cancelled so teams will have more time to set up their cars and get acquainted with the softer range of tyres.

Another potentially significant change has been made to the track ahead of this weekend’s race. A 23 metre long section of kerb has been added to the left of the racing line at the exit of the Becketts right-hander, between turns 13 at 14, where several drivers ran wide onto the grass last weekend. Esteban Ocon indicated the cuts which Renault discovered on their tyres on Friday may have been discovered by them running wide here.

Previously there had been a section of old asphalt and concrete here, which had been painted to match Silverstone’s kerbs. This was removed in the winter of 2019-20. The new kerb should prevent drivers running into the dirt at this point on the circuit.

With Sergio Perez expected to miss his second race in a row, Hulkenberg will be on call once again at Racing Point.

Despite being race-rusty, Hulkenberg got accustomed to the RP20 quickly last week. Cruelly, he was unable to get a full race under his belt after his power unit failed to fire-up ahead of the start.

The second time around, armed with a better understanding of how the car handles and Racing Point’s procedures, he will be ready from the word go. That will be important for the team, as Racing Point surprisingly lacked pace during the race, something they will be eager to get to the bottom of.

Can Russell grab a point at home?

George Russell managed to get out of Q1 last weekend but a five-place grid penalty demoted him to last. Given the dramas which occured at the end of the race, this looks like a missed opportunity. Where might he have finished had he started where he qualified?

Williams was quicker in qualifying through the first three races but their race pace hasn’t been as strong. Nonetheless Russell climbed to 12th by the end of the British Grand Prix. If he can combine his strong race pace and qualifying pace he might get a sniff of his first career point.

Can Albon and Vettel close the gap to their team mates?

Ferrari and Red Bull were both unable to challenge Mercedes in qualifying and race pace. But the gap between each of their drivers will be a concern to both teams.

Ferrari went aggressive and opted to trial a low-downforce set up to make up for their lack of straight-line speed. Leclerc excelled and was the fourth quickest driver for the majority of the weekend. Vettel had problems throughout practice and never seemed to bounce back from his grid penalty for trespassing beyond track limits.

Likewise, Verstappen was the third quickest driver but Albon was unable to get out of Q2, tangled with Kevin Magnussen on the first lap and copped a penalty. His confidence was dented by a crash in second practice which cost Albon valuable track time and, Red Bull team principal Christian Horner revealed, may also have been linked to the power unit problem which disrupted final practice for him. He badly needs trouble-free weekend which ends with him finishing the race in sight of his team mate.

Some drivers never get the chance to even race at home, let alone win there. Even fewer get to race at home twice in a single year.

But having won his record-breaking seventh home grand prix last weekend, Lewis Hamilton has a chance to do something very unusual this weekend – win back-to-back races at his home track.

Who do you think will be the team to beat in the 70th Anniversary Grand Prix? Have your say below.