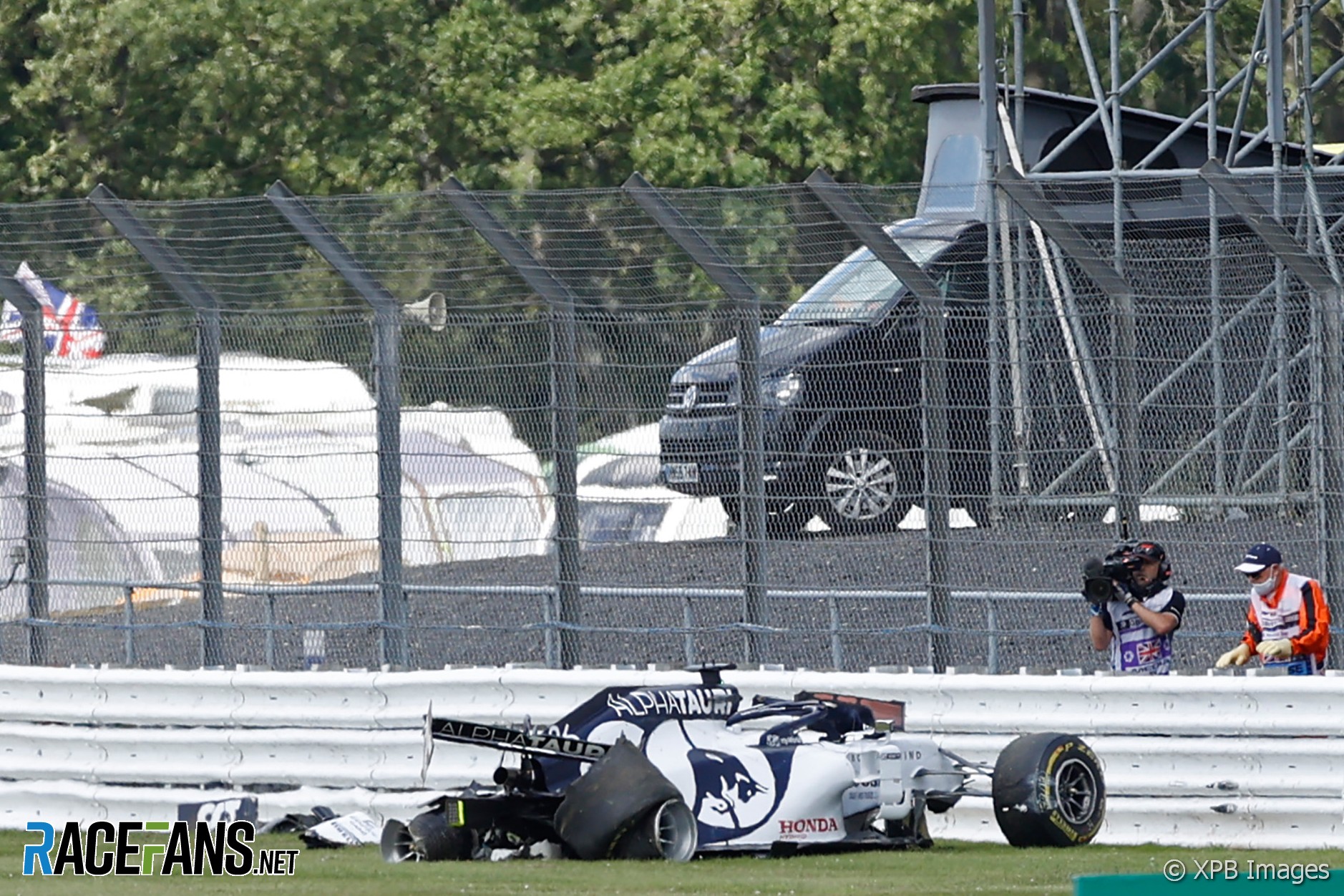 A tyre wall has been added in front of the solid barrier Daniil Kvyat struck when he crashed during last week’s British Grand Prix.

However another barrier Alexander Albon hit when he crashed during practice last Friday is not being changed ahead of Silverstone’s 70th Anniversary Grand Prix this weekend.

Kvyat crashed following the left-hander at Maggotts after a right-rear tyre failed on his AlphaTauri. After losing control his car skidded through a gravel trap and struck a solid barrier head-on, causing extensive damage to his car. A new tyre wall measuring around 36 metres has been installed at this point on the circuit ahead of F1’s second race this weekend.

Alexander Albon also hit an unprotected barrier when he spun off at Stowe during the second practice session on Friday. This barrier has not been changed for this weekend’s race.

F1 race director Michael Masi explained why when asked by RaceFans on Sunday. “I think the angle of where he hit it, it’s not something that’s unusual. The angle of impact for our side of it, within our simulations, was all within the guidelines that we have with the FIA.

“So no, I don’t see it being a change for that barrier for next weekend. It was very a strange incident, that point to be quite honest.”

Pirelli has returned the tyre which failed on Kvyat’s car to its Milan base for inspection.