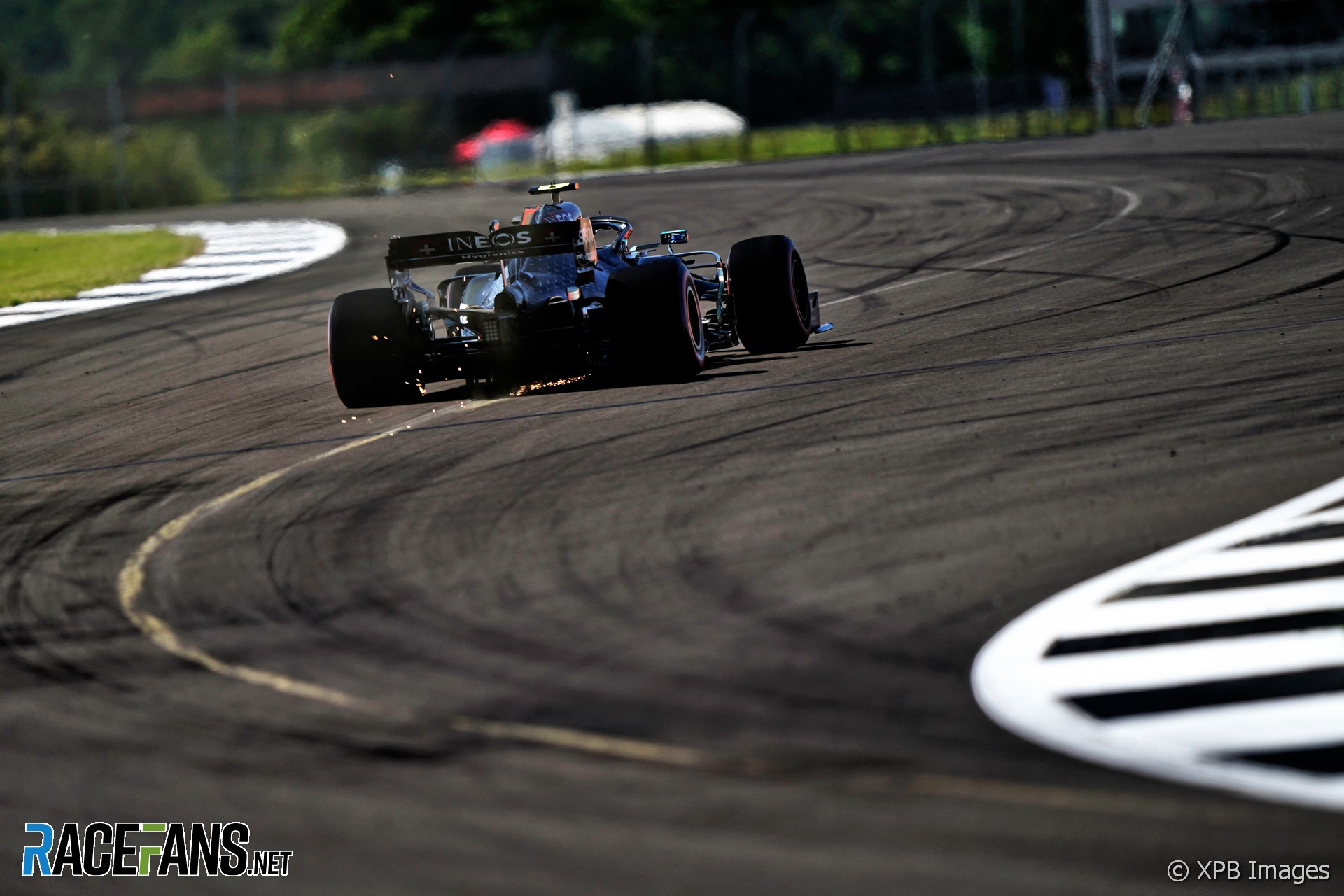 The Mercedes driver set a benchmark time of 1’26.166 on soft compound tyres. All 20 drivers used this compound exclusively during the opening 90 minutes of running.

Formula 1’s official tyre supplier Pirelli has brought a softer mix of compounds for this weekend’s race compared to those use last weekend. Each driver has just two sets of hards (which are last week’s mediums) and three sets of mediums (last week’s softs) to see them through the weekend. With the new soft tyre proving very fragile, teams appeared keen to preserve their stocks of the more durable rubber.

Last weekend’s winner Lewis Hamilton lapped a tenth of a second slower than his team mate, completing another practice one-two for Mercedes.

Max Verstappen preferred not to set a time in the first half of the session, covering a series of installation laps instead. Once he got going, the Red Bull driver took up his increasingly customary position as ‘best of the rest’ behind the two W11s, seven tenths of a second adrift.

He had Nico Hulkenberg in close company. The Racing Point driver, back in Sergio Perez’s seat for a second weekend, rounded Silverstone just five hundredths of a second slower than the Red Bull, and took it with quiet resolve when his race engineer accidentally referred to him as ‘Checo’.

Charles Leclerc ensured one of the Ferraris appeared in the top five. Team mate Sebastian Vettel was only two places behind him, though the pair were separated by more than four tenths of a second, plus Alexander Albon’s Red Bull. The second Racing Point of Lance Stroll took eighth.

The top 10 was completed by Daniil Kvyat’s AlphaTauri and Esteban Ocon’s Renault. Drivers struggled for grip as the drivers wore down their softs towards the end of the session, and Ocon slithered wide at Brooklands. Pierre Gasly, 11th quickest, dived for the pits with what looked like a line of blistering down the middle of his right-rear Pirelli.

Neither McLaren driver appeared in the top 10, and the Alfa Romeo pair propped up the bottom of the times sheets. Robert Kubica, on reserve driver duties again in place on Antonio Giovinazzi, was just three tenths of a second shy of Kimi Raikkonen.