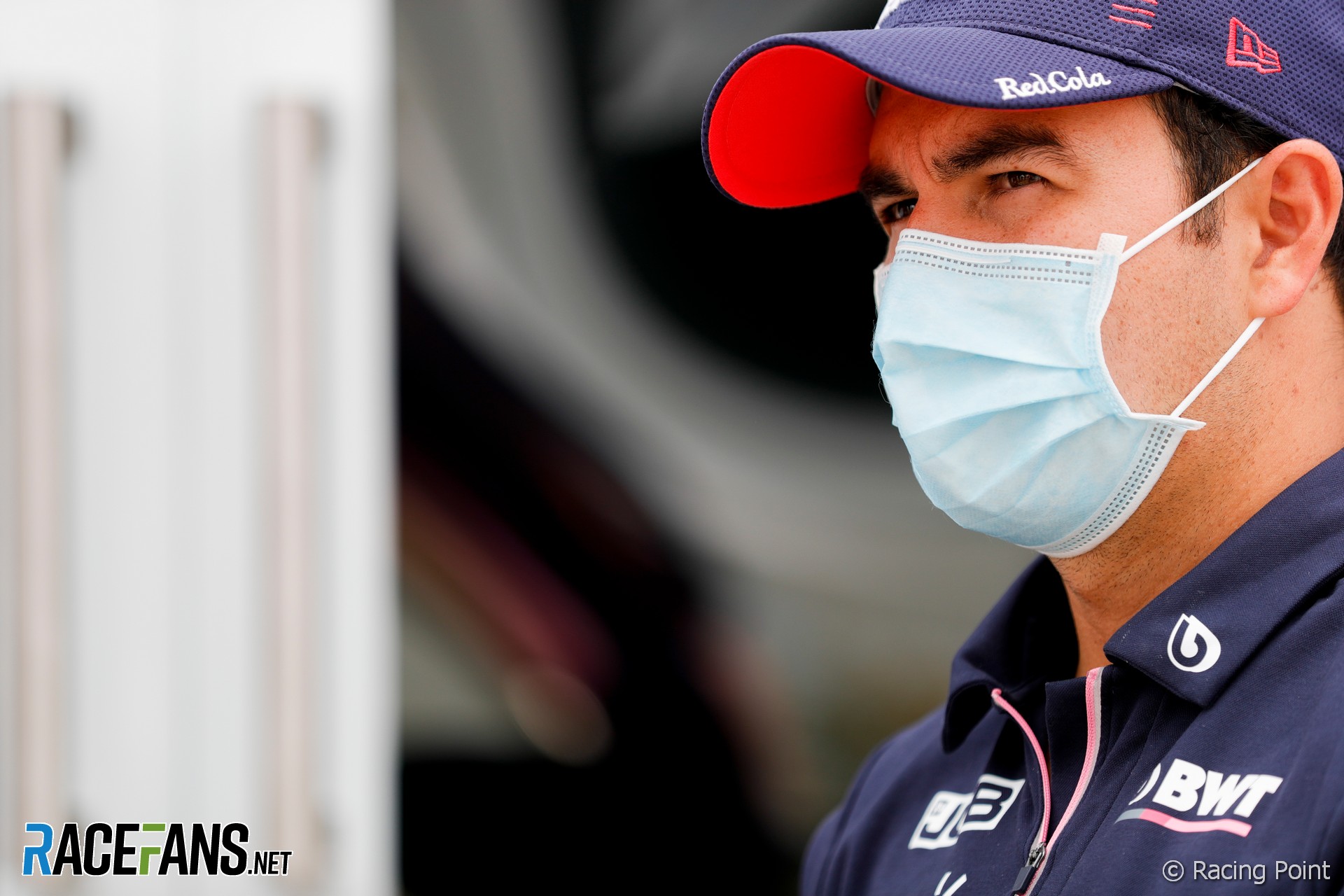 Formula 1 has confirmed no other personnel related to the championship has tested positive for Covid-19 in the past week aside from Sergio Perez.

The Racing Point driver, who missed last week’s British Grand Prix after testing positive for the virus, was tested again yesterday. He was found to still have Covid-19, and Nico Hulkenberg will continue in his car this weekend.

“I will not be able to be this weekend in the car,” said Perez on social media after his second positive test was made public. “I wish the best to Nico and my entire team.

“Thank God I am in very good health, I hope to return soon. Thanks for your support.”

Formula 1 has conducted 22,631 Covid-19 tests since the 2020 season began at the Red Bull Ring last month. Of those, 5,127 were conducted in the past week. Only four tests have come back positive: Perez four times, and two individuals during the Hungarian Grand Prix weekend.

This week Formula E resumed its championship in Berlin. Following similar procedures to Formula 1, it tested 1,423 people ahead of the race. Two of these were found to be positive: Mahindra team principal Dilbagh Gill and Formula E chairman Alejandro Agag.