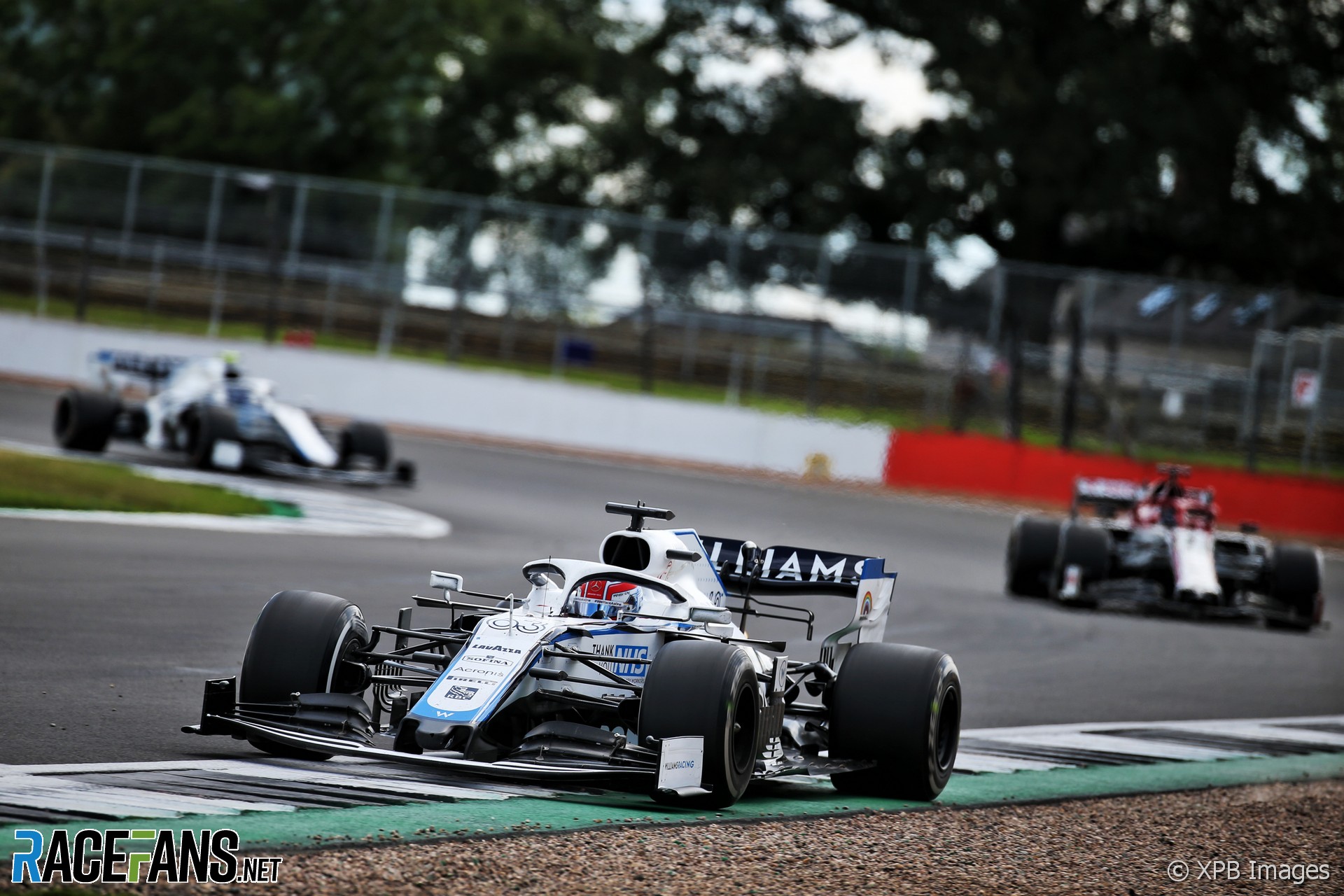 George Russell says he is finally able to gain experience of racing against other F1 cars thanks to the step forward Williams has made this year.

He has consistently reached Q2 in recent races which has given him the chance to race other cars in the midfield. Russell has discovered their car handles particularly poorly when running close to other cars, but says the team has made some progress with this problem.

“The car has improved slightly in turbulent air,” he said in response to a question from RaceFans. “We’re still struggling at the start of the race when we’re following a gaggle of cars, which makes it difficult for us to attack.

“But I really enjoyed actually chasing down the Alfa [Romeo], being in their turbulent air and understanding how that works. I had a lot of confidence in that scenario last week.

“So I think we made some good learning and every lap I get experience with this because, I didn’t have that experience last year, is just beneficial to us.”

Russell qualified 15th at Silverstone last week but was relegated to last on the grid due to a penalty for failing to slow for yellow flags. However he does not believe that cost him a chance of points in the race, despite several drivers suffering tyre failures in the final laps.

His team mate Nicholas Latifi said he has been surprised at how much harder it is to race closely with other cars following his promotion from Formula 2.

“Last weekend was really the first time I was able to race another car,” he said. “Just in those few laps following Kimi [Raikkonen] and ultimately sizing up the overtake, I learned a huge amount [about] racing and Formula 1.

“In terms of the actual actions of attacking or defending it is honestly much more different than I thought it was going to be compared F2. There’s a lot of little intricacies that you have to get comfortable with.

“The more you can experience that, especially earlier on, the more beneficial it is. So really hoping for many more opportunities like that.”