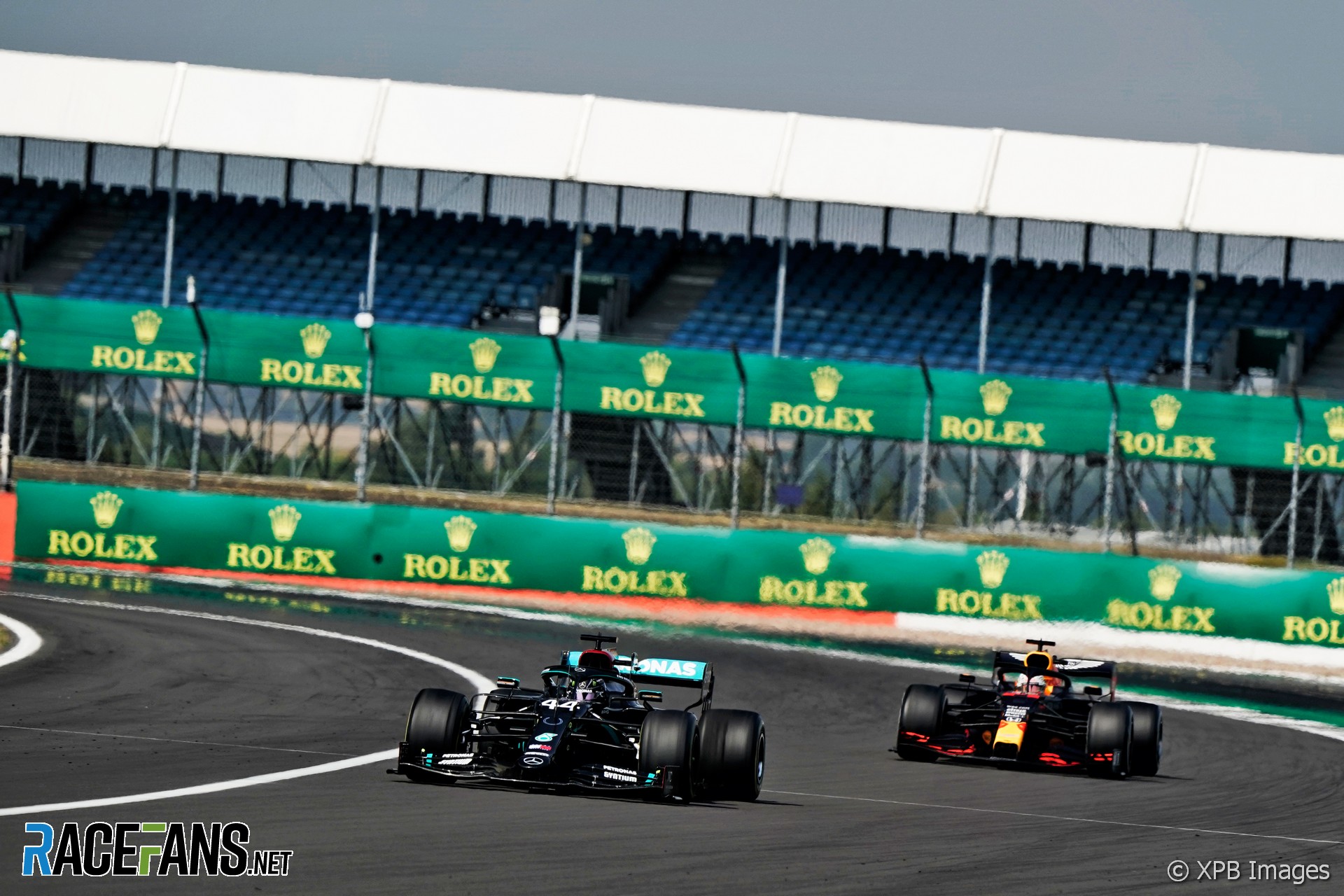 Lewis Hamilton believes the tyre pressures stipulated by Pirelli for this weekend’s race contributed to the blistering problems Mercedes suffered.

The Mercedes pair were unable to keep Max Verstappen behind them in the fight for victory at Silverstone. Hamilton pointed out their rivals’ tyres were in much better condition after the race.

“You look at their tyres, they have not had the problems we have today,” he said. “It was definitely unexpected to have this blistering as hardcore as we experienced.

“I’m really grateful to have progressed and managed to just get my way through the race. I think right at the end I had blistering again, but I’d been pushing pretty heavily to catch the guys in the lead.”

After a series of tyre failures at the end of last week’s race, including on both Mercedes cars, Pirelli increased the minimum starting pressures for this race to 22 psi for the rears and 27psi for the fronts.

Asked what could have been the cause of Mercedes’ blistering, Hamilton said: “Not that I know of at the moment, but I’m sure the team will be working as hard as we can because we’ve not had that before.

“I would imagine, most likely, obviously Pirelli were struggling with tyre failures last week. So then weekend on, weekend on, they just put the pressures up and up and up. I mean, the they’re balloons now, that was the highest pressure we’re ever had.

“So I wouldn’t be surprised if that was a thing for us. I don’t know if anyone else struggled with blistering like we had so it’s something we’ll look into.”