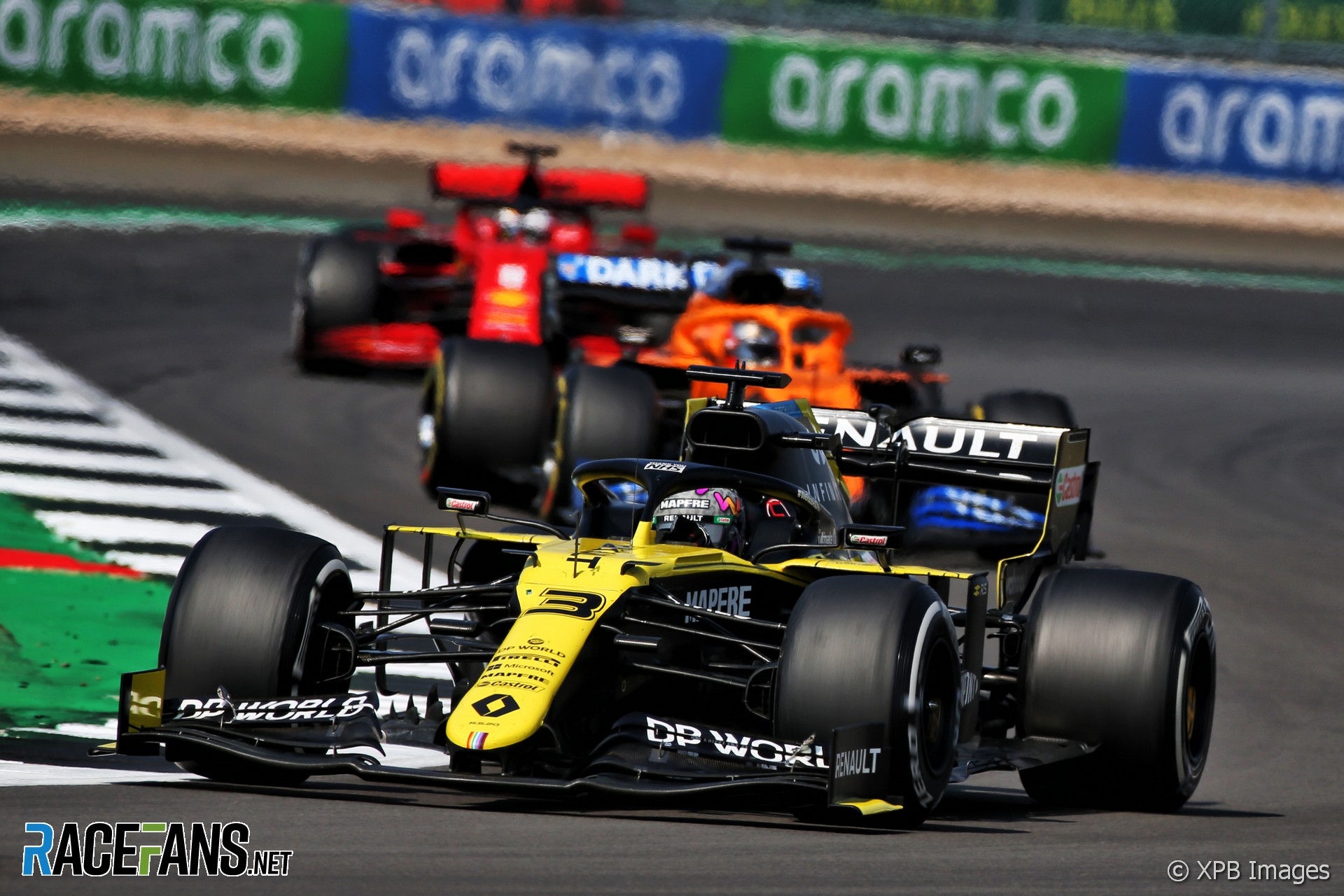 Daniel Ricciardo said his ‘Seb Spin’ while racing Carlos Sainz Jnr finished off his chances in a what had already been a disappointing race.

The Renault driver joked about the incident with Sebastian Vettel after the race.

“I caught Seb in the media pen and I feel like this is, unfortunately for him, the last few years it’s a bit of a ‘Seb spin’ when you’re the inside car and soon as you get on throttle you just you lose it.

Ricciardo was on the inside of Sainz at Village when his Renault got away from him.

“I could see Carlos and you’re trying to obviously squeeze a little bit but not have contact. And then as soon as I opened the wheel and got on throttle, it just went around.

“I think when you’re such in close vicinity to another car on that side angle, you lose a chunk of downforce that’s normally coming in from that side and I guess keeping the car down. So I think it’s just a very quick loss of downforce and it can obviously catch you out.”

Having gone into the race with high hopes after qualifying fifth, Ricciardo was already having a tough race when he spun.

“it was a little bit of salt in the wounds,” he said. “By that point, we were already on the back foot. I don’t want to say it was over, but then with that, it was.

“I just wanted to just roll over a little bit and just put my head down. Not a fun afternoon in the end.”

Vettel also spun, at turn one on the first lap of the race, coincidentally also while running side-by-side with Sainz.

35 comments on “Ricciardo says his mistake was “a Seb spin””