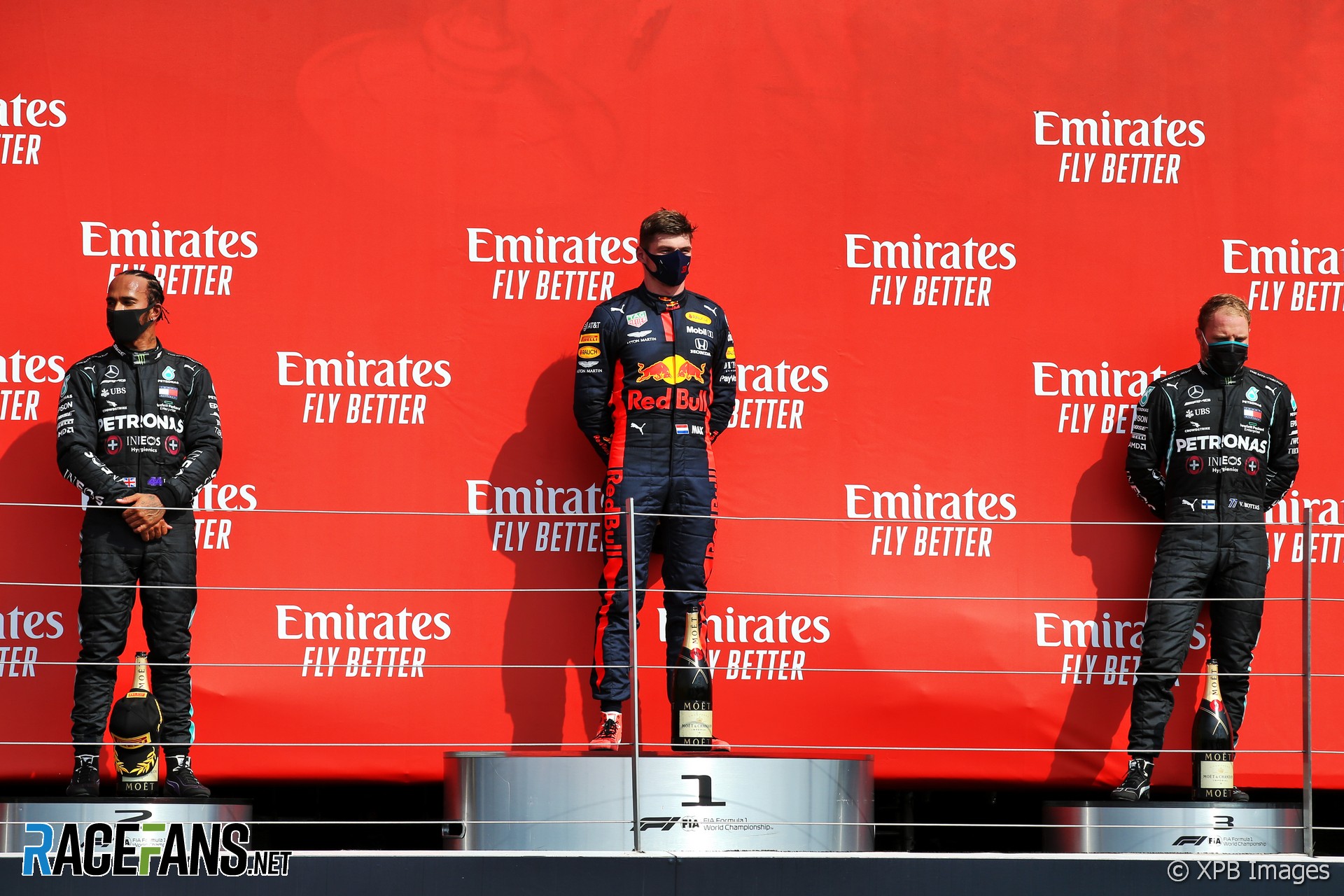 Max Verstappen sprang a surprise on the Mercedes drivers to win the 70th Anniversary Grand Prix at Silverstone from fourth on the grid.

Verstappen’s gamble using hard tyres in Q2 yesterday paid off superbly. After passing Nico Hulkenberg at the start, he moved within range of the Mercedes drivers as their medium compound tyres quickly started to fade.

While Verstappen’s team initially discouraged him from following the Mercedes too closely, he wasn’t keen on the idea, and was breathing down Lewis Hamilton’s neck after early leader Valtteri Bottas pitted.

Verstappen stretched his advantage after Hamilton pitted, and almost had enough of a lead to jump the pair of them before he came in. He emerged from the pits between the two black cars, and immediately passed Bottas for the lead.

Verstappen took medium tyres at that stop, and was soon back in, joined by Bottas, to switch back to hards to run to the end.

Despite growing blisters on his tyres, Hamilton delayed his second pit stop, allowing him to attack at the end of the race. Once he rejoined, he quickly passed Charles Leclerc despite a firm defensive move from the Ferrari driver, then went after Bottas.

Bottas was powerless to do anything to stop his team mate passing him in the DRS zone. Hamilton shot past with ease on the Wellington straight, but was never going to be able to catch Verstappen, and took the chequered flag 11 seconds behind his rival.

The Racing Point pair ran fourth and fifth early on but slipped behind Leclerc and Alexander Albon. Nico Hulkenberg made an extra stop for soft tyres which left him behind team mate Lance Stroll.

Sebastian Vettel also spun, at turn one on the very first corner. He made his way back to 12th behind Pierre Gasly.