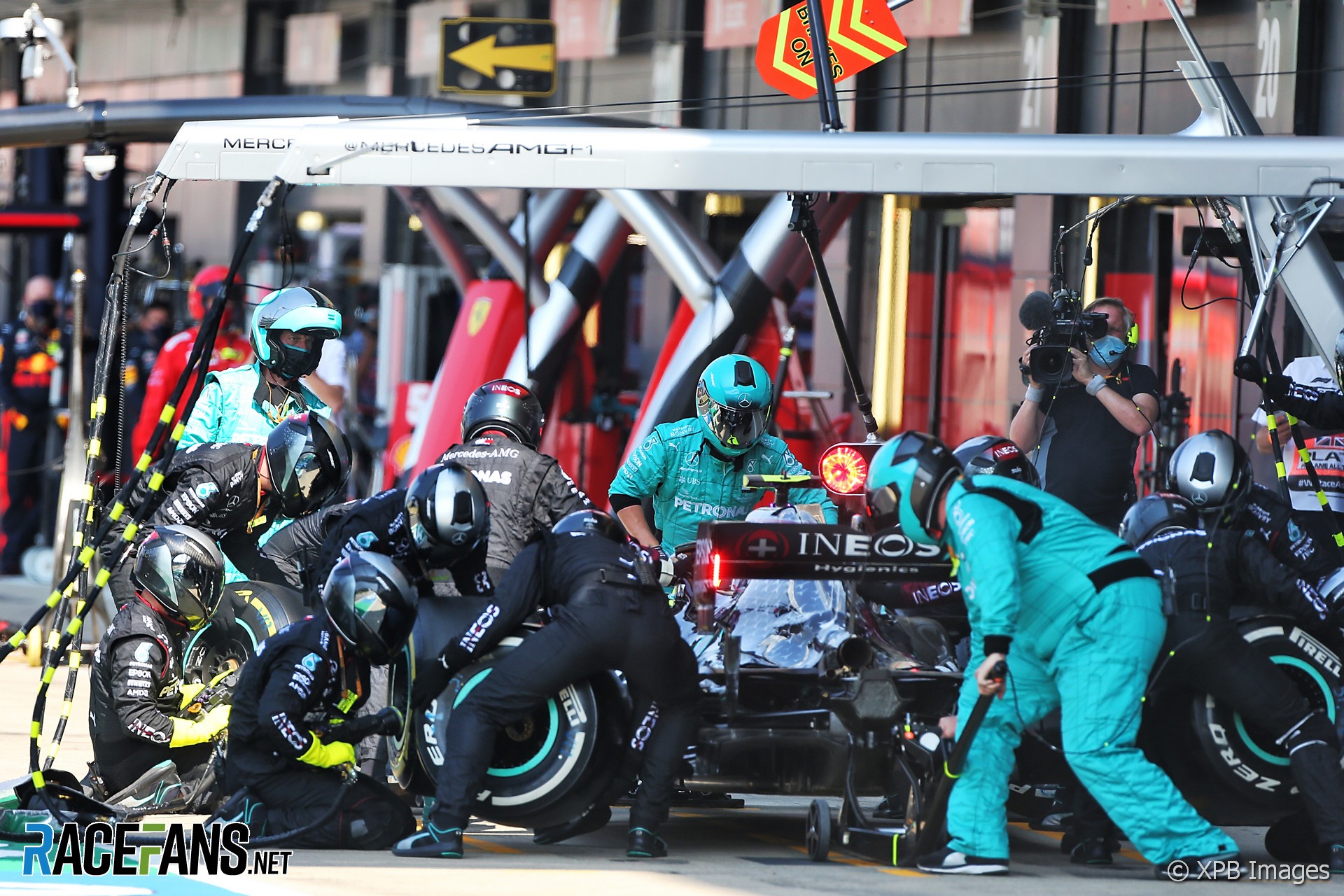 Valtteri Bottas said Mercedes were “sleeping” with their strategy after finishing third in the 70th Anniversary Grand Prix.

Having started from pole position, Bottas was overtaken by Max Verstappen following his first pit stop, and lost second place to team mate Lewis Hamilton in the final laps of the race. He described his race as “very frustrating.”

Starting from pole and finishing third is not ideal,” said Bottas. “As a team we were sleeping at some points, when Max managed to get ahead of us. My strategy was far, far from ideal. We’ve got to learn from there I think.”

Bottas said he had been told to reduce his pace when Verstappen jumped ahead of him following his first pit stop.

“When I lost the track position to Max I was asking if I could go faster because I was managing the tyres around that time. But then I got a message that the priority was to keep the tyres in a good condition.

“Then obviously he came out from the pits pretty much side-by-side and got me into turn six, seven. So then I knew it could be tricky but I was hopeful that there would be opportunities.”

Mercedes brought Bottas in for his second pit stop on the same lap as Verstappen, but Hamilton ran longer and was able to pass his team mate at the end of the race.

“The middle stint was quite short,” he said. “We boxed and I could see Max stopping at the same time and I knew it was going to be tricky.

“Towards the end, mid-to-end of the last stint, I tried to push flat out to create opportunities. I was catching slightly but then the tyres gave up completely.

“So for me definitely I should have gone long in the second stint, the last stint was way too long and that’s when I lost a position to Lewis.”