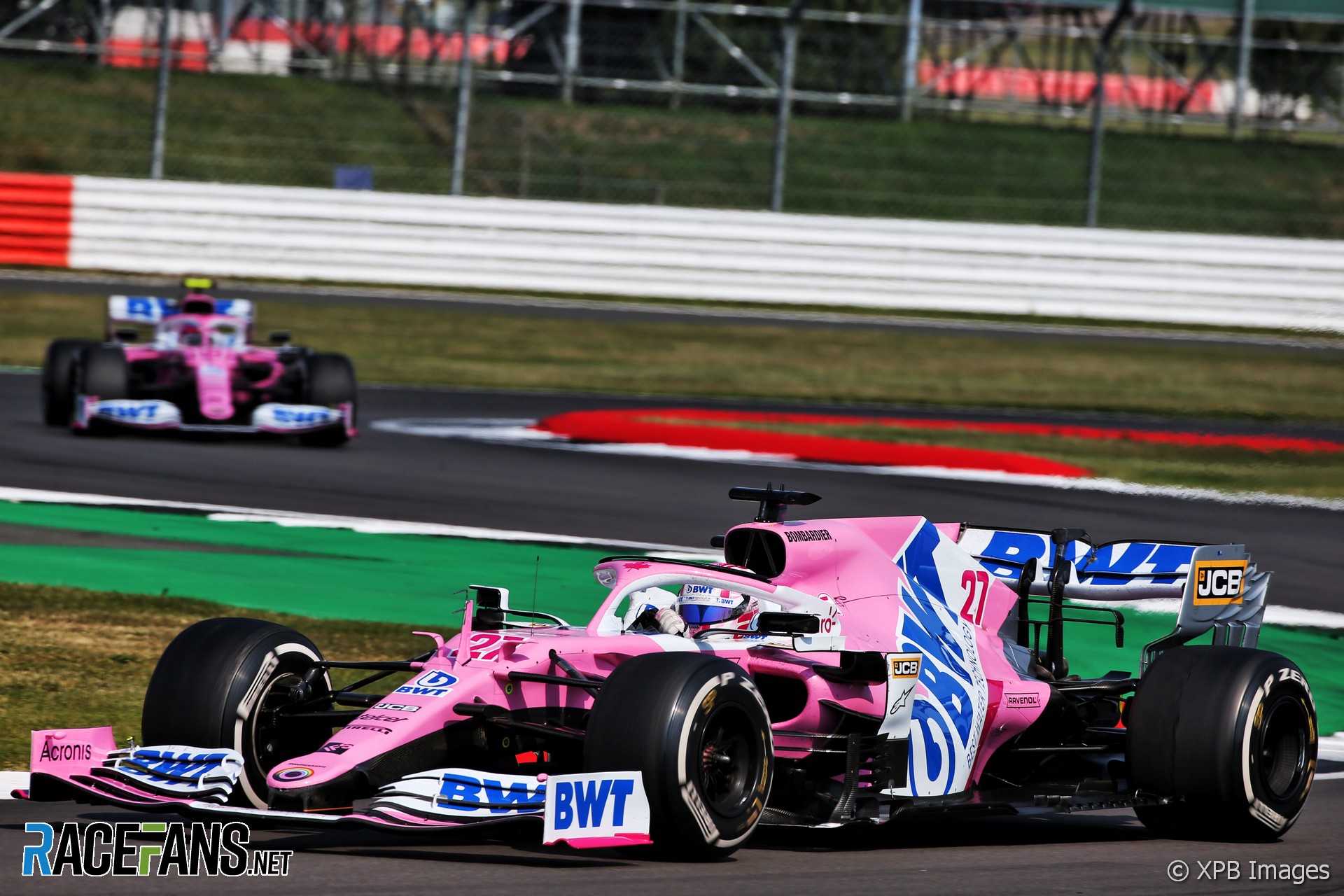 In the round-up: Nico Hulkenberg said he had to make an extra pit stop in the 70th Anniversary Grand Prix because of unexpectedly poor performance on his second set of hard tyres.

Hulkenberg was running ahead of team mate Lance Stroll when he had to make an extra pit stop near the end of the race.

The first half of the grand prix obviously looked very good, kind of on target to hold on to fourth. But then Charles [Leclerc] on his one-stop was obviously very strong.

My second stint on the prime, that seemed a wholly different set of tyres, not the same grip. And I picked up some blisters on them and from the rear axle and consequently fairly big vibrations that ultimately forced us to stop of that tyre and then three-stopping, obviously on to seventh.

I just don’t understand because the second stint was all fairly straightforward and easy and I thought usually it gets easier as the fuel comes out of the car. So I thought the third stint should be very straightforward.

But it came differently, unfortunately. We just need to see why that happens. But given all circumstances I’m very happy to be standing here with six points, to be honest.

Not gonna lie, today was tough. Glad we get to go again next week. See you next year Silverstone 🇬🇧❤️

Kimi Raikkonen: "We thought a one-stop was possible since yesterday so we tried: the tyres actually lasted well, I still had pretty good grip but had an awful lot of vibration and I had to slow down to avoid something breaking. In the end we leave with nothing, so we will need to come up with a better performance if we want to be in the fight for points."

"I don’t think it’s real. I’ve had my time there where I was very very close to have a seat, and it’s not for me anymore. There’s young kids coming through the ranks and it’s for them."

Images of how the platform currently used for part of the Singapore circuit will be changed.

"Alcohol content was highly prevalent in the 2018 F1 Championship broadcasts, delivering millions of alcohol impressions to young viewers. This exposure is likely to represent a significant driver of alcohol consumption among young people."

I have not considered Racing Point as big cheaters in this. I can’t say I have stood up and applauded them for the level of copying they have done as I don’t believe that is the way to go in F1. But I do believe they had gone to great lengths to comply to the regulations so I can understand Stroll’s frustration.

It truly is splitting hairs regarding what has lead to their penalty. So as I say I have never considered them underhanded nor cheaters in this. Just perhaps playing in an area that was always going to invite scrutiny, and a lot of it. I’m not sure if it was another team doing it, that Stroll would not have been one of the ones reacting in a manner similar to what some teams have done, and that has appalled him.
@Robbie