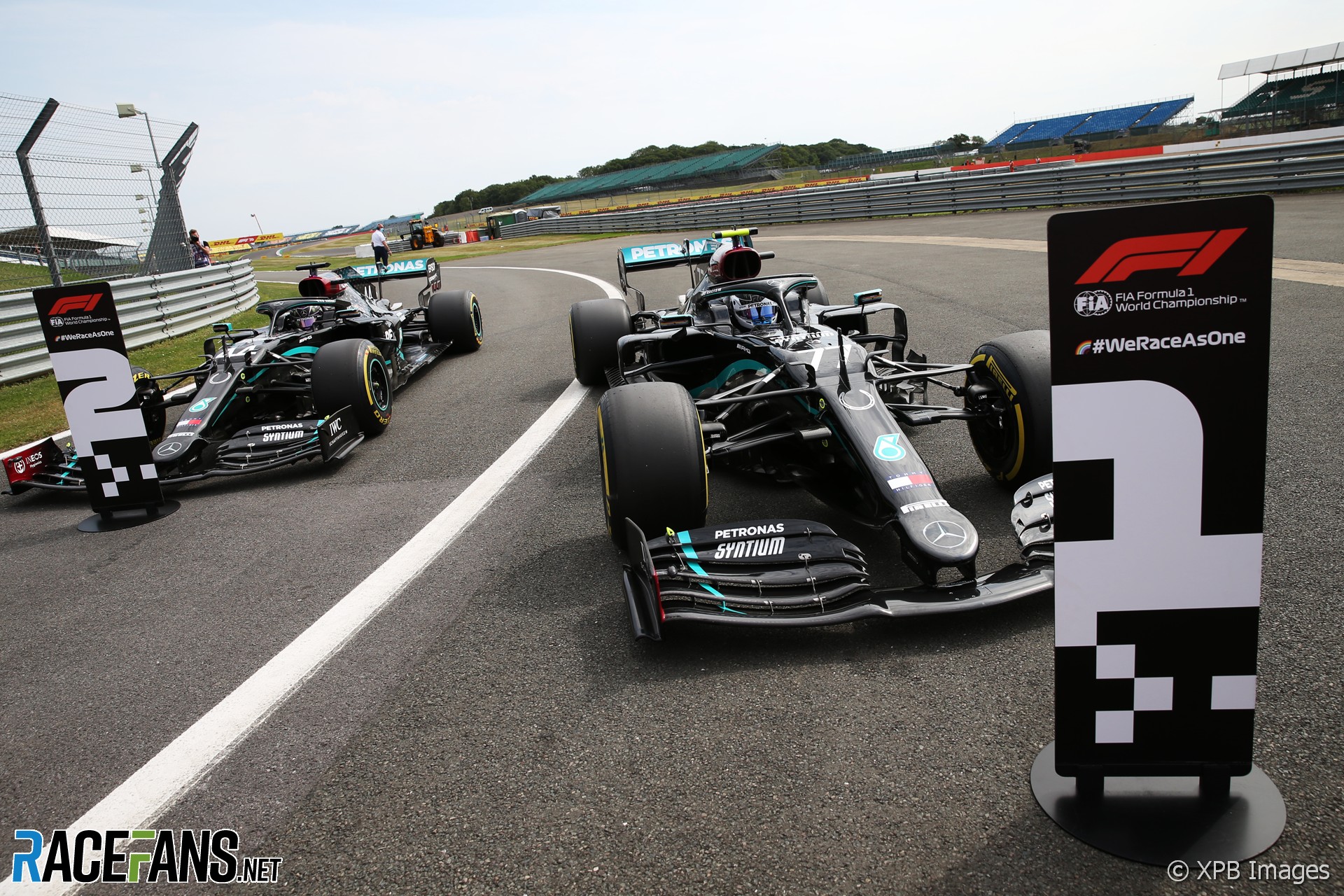 The FIA intends to ban the high-performance ‘qualifying mode’ engine settings developed by Mercedes and other engine manufacturers, RaceFans has learned.

Power unit manufacturers have expended significant effort on developing optimised settings which deliver highly potent short-term power boosts on demand. The FIA intends to target these through new rules to be introduced for the 2021 F1 season.

The added fuel consumption and extra strain these ‘quali modes’ place upon engines make them unsuitable for constant use over a full race distance. However the settings allow teams to maximise their performance during qualifying sessions, allowing them to qualify higher on the grid.

Mercedes have long been seen as the leaders in this area. At the British Grand Prix Red Bull team principal Christian Horner estimated the W11 was around four-tenths of a second quicker than his team’s car in race trim, yet they were separated by a full second in qualifying.

RaceFans understands the FIA’s intention to outlaw such modes were outlined in a letter sent to teams yesterday by the governing body’s secretary general for sport Peter Bayer.

In the letter, confirmed by several sources, the FIA described its intention to clarify the use of modes for the 2021 F1 season by stipulating that the performance settings used by teams in qualifying must be the same as those used in the race. The requirement could be enforced using the existing parc ferme regulations which restrict set-up changes between the two sessions.

Max Verstappen believes part of Red Bull’s current performance deficit to Mercedes in qualifying is due to the differences in their engine modes.

“I think it is quali mode, they definitely seem to be using a bit more of that,” he said last week. “The engine modes in the race are a bit closer especially, I think, for us.”

Bayer’s letter to the teams addressed the subject of the Racing Point protest outcome and appeals, and indicated the FIA understands the concern of the teams regarding so-called ‘copy cars’. Ferrari and Renault have confirmed they are proceeding with an appeal against the stewards’ decision on Racing Point last week, as has Racing Point itself.

For the latest behind-the-scenes developments on the technical row which has split Formula 1, look out for the new edition of Dieter Rencken’s RacingLines column coming today to RaceFans