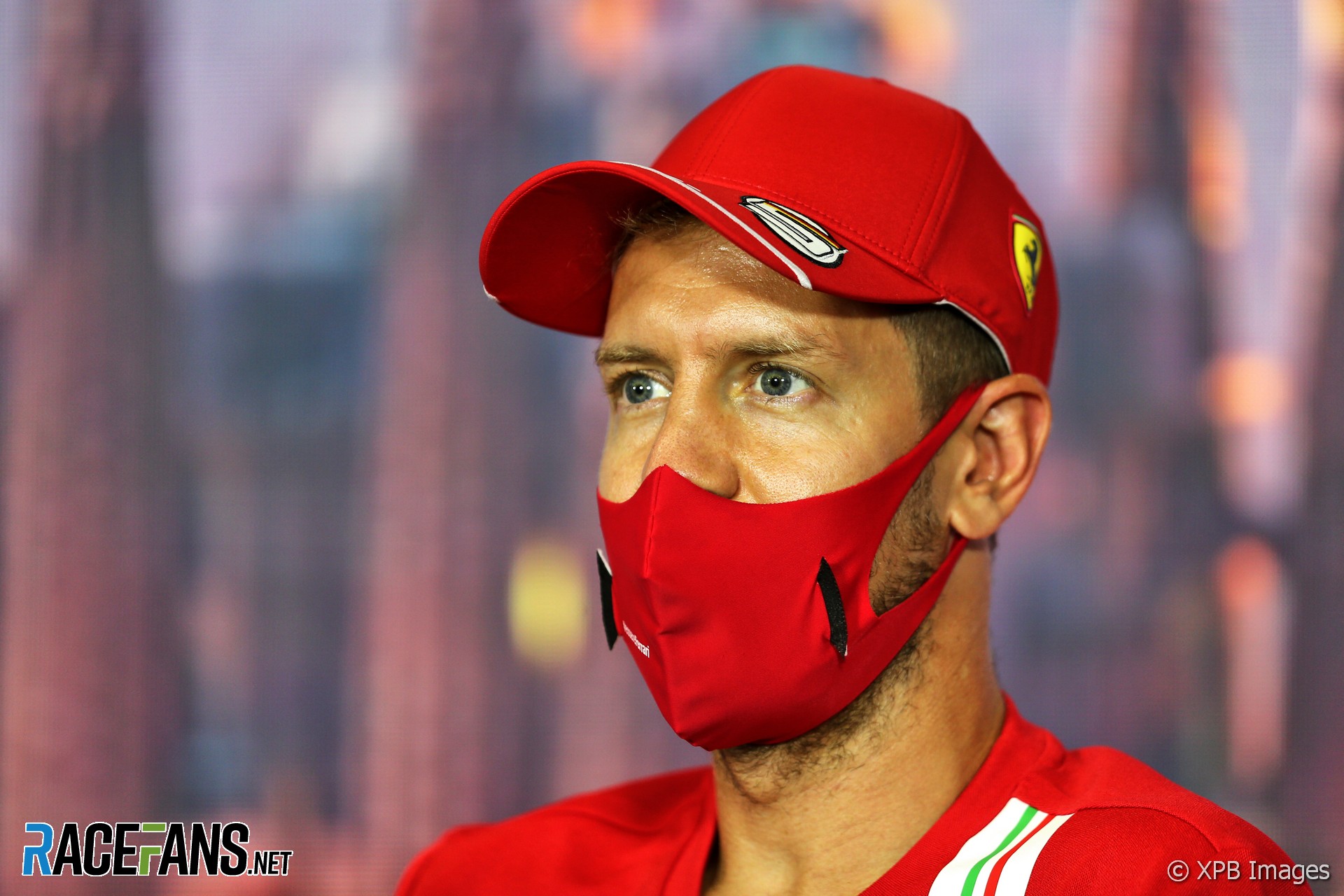 Sebastian Vettel says he and Ferrari have not discussed the possibility of bringing forward his planned departure from the team.

The two parties confirmed in May that Vettel’s six-year tenure will not continue into the 2021 F1 season.

Since then Vettel has endured a poor start to the year. After five races his only points-scoring finishes are one sixth place and two 10ths, while team mate Charles Leclerc has had a second, a third and a fourth.

But Vettel says an early departure from the team is not on the cards at the moment.

“I don’t think so,” he said. “We haven’t even considered or spoken about it. I guess it’s not just a question for myself.

“I know what I’m aware of, I know the job that I can do. At the moment, it’s not been the cleanest run. But I’m sure if things calm down and I get a decent chance then I will use it.”

In response to Vettel’s poor races at Silverstone, Ferrari has brought a new chassis for him to use this weekend. Vettel said he has no concerns he isn’t being given an equal chance to compete with his team mate.

“In all honesty I’m not trying to get into any of this and just trying to do my job now. Obviously at the moment it’s not plain sailing and all calm, it’s a rather rough sea.

“But it is what it is and I have to do the best I can, which is staying focussed and waking up in the morning trying to do the best that I can and being fairly open-minded and trying to tackle it.

“I didn’t have a great weekend in Silverstone, normally a track that I really like. I didn’t get into a great feeling with the car and wasn’t able to extract as much as Charles was for whatever reasons.

“There’s not that much I can do other than doing my job and working together with the guys around me and my car to make sure we get the best package together.”