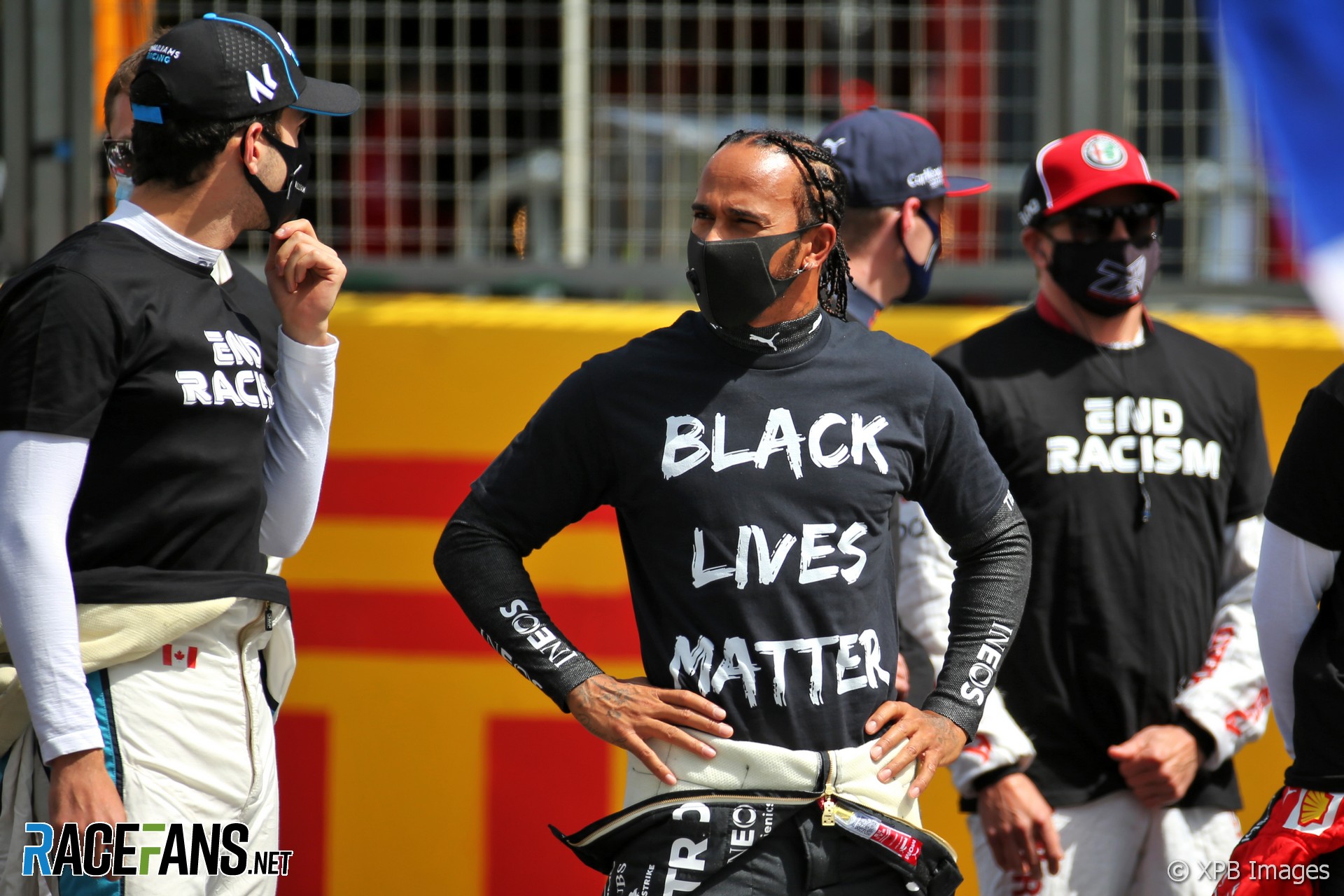 Lewis Hamilton says his push to improve diversity in Formula 1 is more important to him than whether he equals Michael Schumacher’s record of seven world championship victories.

Schumacher’s record, which has stood for 16 years, is seen as an ultimate benchmark of success for a Formula 1 driver. Hamilton will equal it if he wins this year’s championship, which he is currently leading.

Hamilton has also led calls for Formula 1 to take a strong stance against racism and urged the sport and rival teams to hire from a more diverse background. Speaking in an interview for the official F1 website Hamilton, 35, described how he was inspired to do this by his hero Ayrton Senna, who died at the age of 34.

“As you get older, you empathise more, you start to understand people and everyone going through their own journey,” said Hamilton. “I watched Ayrton as a youngster and I definitely, as a kid, didn’t understand or could appreciate where he was in life because I hadn’t been there.

“He had such a huge impact, he moved the whole nation. And not only a nation, but people around the world, touched me so deeply and motivated me to want to go and do what he did.

“Now I’m of a similar age to him when he passed and I’m more aware of my surroundings and I see everything that’s happening around the world. And what I don’t know, what we don’t know, is how how many days we have left. I don’t assume that I’m going live to 90 years old. So I want to make sure I maximise every single day.”

Hamilton has founded a commission to use motorsport to promote the education of science, technology, engineering and mathematics to young black people. The commission is working with the FIA on the goal of promoting diversity in motorsport, which Hamilton has vocally supported in recent months.

He has also urged FIA president Jean Todt and F1 chairman and CEO Chase Carey to do more to promote diversity in the sport.

“If I was to have retired a year ago maybe nothing would have changed,” he said. “But what I love to see right now is there is this awakening. Still not everyone, you still have a lot of these teams that are not saying anything and holding themselves accountable, there’s still a lot of people out there, but it’s finding the balance in how you engage those people.

“I hope in 10 years, I don’t want it to be 20 years’ time, I hope in a short space of time we can see change. Already you’ve seen Chase and the sport, you’re seeing Jean who I’ve had a chat with who’s hired a lady from Jamaica who is now working on the diversity campaign for the FIA, so you’re seeing things.

“But we need to stay on them. And that’s, I guess, part of my job being here. And that means more to me because if I’m able to look back in years’ time and think ‘Yeah, I won championships, but I helped, I was a part of helping shift the outlook of the sport and making it more accessible to people all over the world’, I think that would be a great thing to be a part of.”

Asked if that change would mean more to him than winning a seventh world championship, Hamilton said: “Sure”.