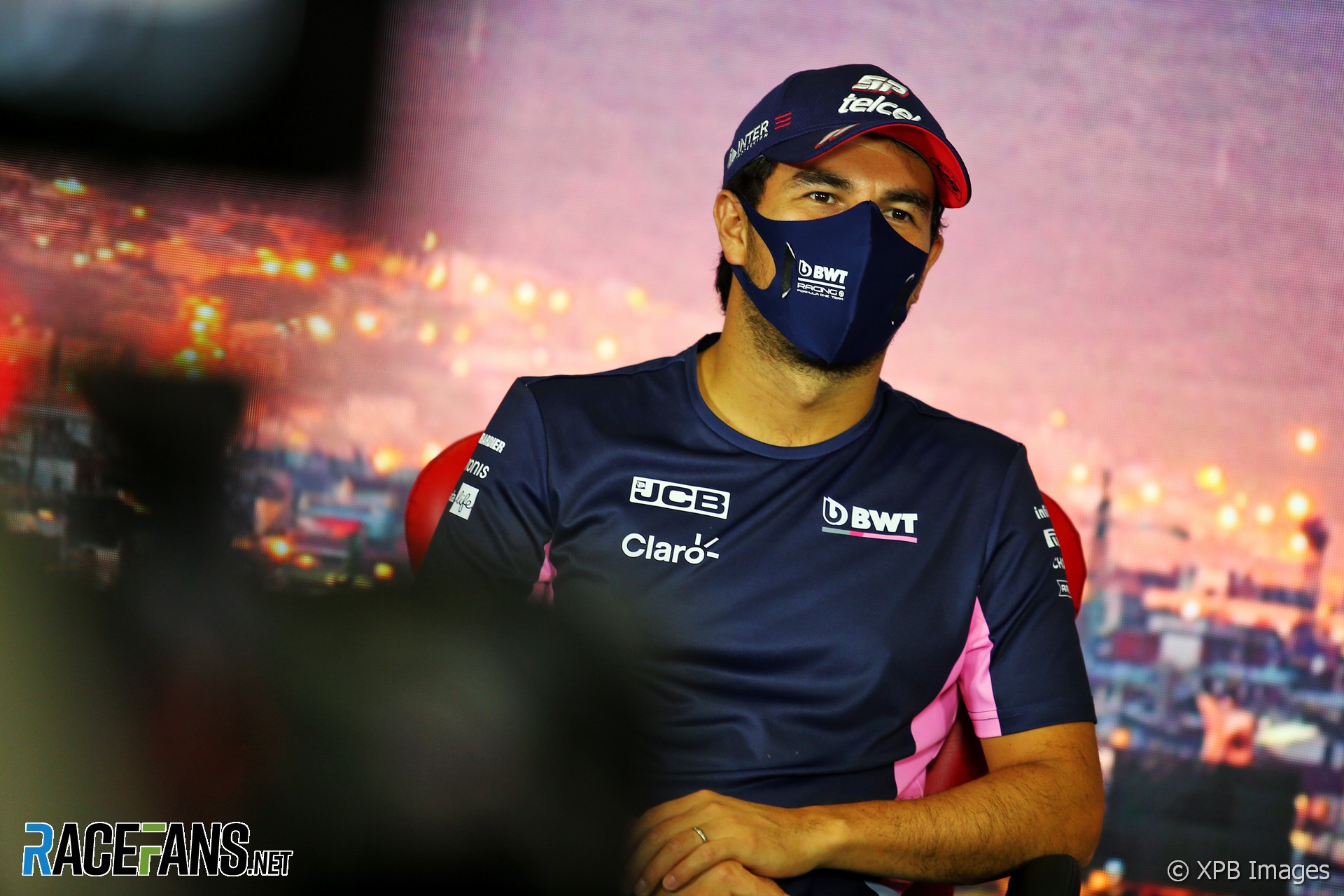 In the round-up: Sergio Perez admits he found the British Grand Prix a dull watch while he was in quarantine due to his positive Covid-19 test.

Perez had to sit out both races at Silverstone but is back in action this weekend:

I found that really boring, to be honest, to be watching the race instead of being in the race.

Especially the first Silverstone race. That one was very boring until the last lap or two. And then it got better. I think the second race with the tyre changing was a lot more entertainment than the first one.

|@alo_oficial's hit the wall at turn four in practice for the #Indy500, he's out of the car:pic.twitter.com/7ORuXNy6qc #IndyCar

2020 Indianapolis 500 here we go! After a brief glitch last year this masterpiece by @JasonFowlerJLF didn’t get any use, so take 2 here we go.
Can’t wait to get going.@CarlinRacing @GallagherGlobal #indy500 pic.twitter.com/pDFTlFFHVp

Pleased to see @SChecoPerez is back and well 🙏

All the best this weekend mate 👊

"The past two seasons have been a big learning curve for us all and unfortunately, for various reasons, we haven’t quite achieved what we hoped. Despite that, it’s been a lot of fun and I wish the team nothing but the very best of luck for the future. I look forward to announcing my future plans in due course."

"Following the in-depth health protocols and testing prior to the re-start of the FIA World Endurance Championship at Circuit de Spa-Francorchamps, Gabriel Aubry from the number 37 entry operated by JOTA Sport has been identified as suspected positive for COVID-19."

I don’t have an issue with the banning of performance improving concepts with the idea of trying to equalise performance. Especially if copying is to be banned but that is another story!

What I do have an issue with is the fact that it appears to have been unilaterally imposed mid season with some fairly tenuous face-saving reasons. This is not a safety issue for instance. There will be a lot of research dollars spent on these modes with the expectation of utilising them over a complete season. If this directive was stated before then the power unit manufacturers may have chosen to spend the money elsewhere with a better cost-benefit ratio.

This change must have been in the works for a while since some comprehensive policing systems will need to be developed to ensure that all breaches are spotted and more importantly that all non-breaches are ignored. I don’t have a huge amount of faith here given the Ferrari power unit outcome.
@Chimaera2003

19 comments on “Watching F1 in quarantine was “very boring” – Perez”