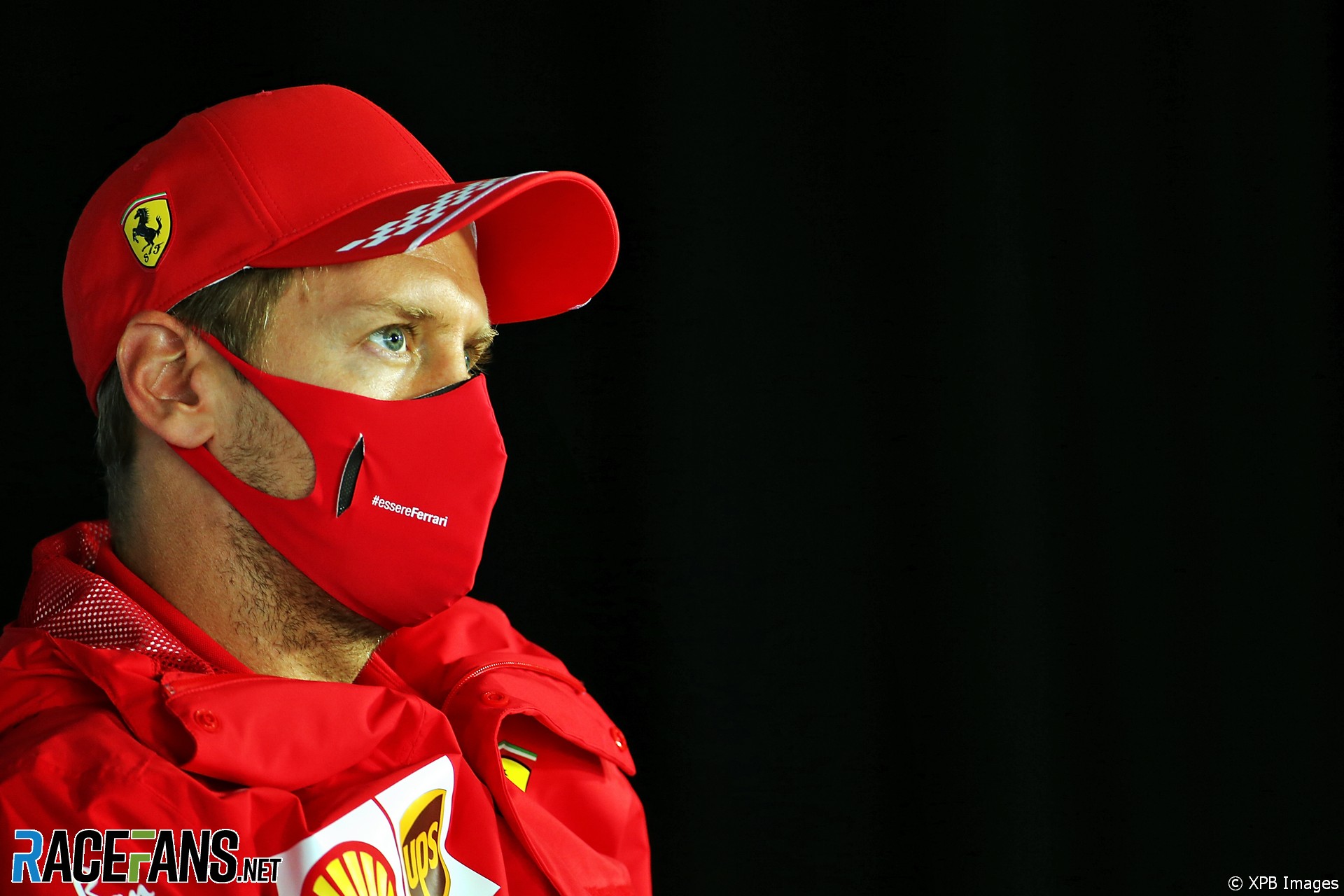 The Mercedes driver empathised with his rival, who was told three months ago he will not be retained by Ferrari for the 2021 F1 season.

“I saw the difficult race he had previously and all I can try to do is empathise with the position he’s in and try to be understanding,” said Hamilton. “It’s never a great feeling to have been told that you’re not wanted to continue within the team.

“It just shows the great character he has and commitment to racing. And I hope that something really positive comes up for him moving forwards.”

After five races, Vettel has scored just 10 points compared to team mate Charles Leclerc’s 45. But Vettel’s former team mate Daniel Ricciardo believes he is unlikely to throw in the towel.

“I don’t think he’s a guy to just scrunch up a piece of paper and throw it in the bin and just be like ‘whatever’,” said Ricciardo. “He’s someone that’s going to analyse everything and find a way to improve or find an answer to a question.

“I don’t think he’s the guy to just walk away from a problem. He cares too much, whether it’s pure love for the sport or about himself, the pride I guess he has in himself.”

Ricciardo said he expects Vettel to “bounce back” from his troubled start to 2020.

“In this sport I’ve enjoyed being not only a team mate but a competitor with him. I said it from the start when the Ferrari news got announced, if he wants to keep doing it and if he believes he can keep doing it at the top level that he’s shown the last 10 years, then 100%, he should stay in the sport and he’s good for the sport.

“That’s up to him to answer. But I do expect him to bounce back.”

35 comments on “Hamilton: Vettel showing his class despite not being wanted by Ferrari”