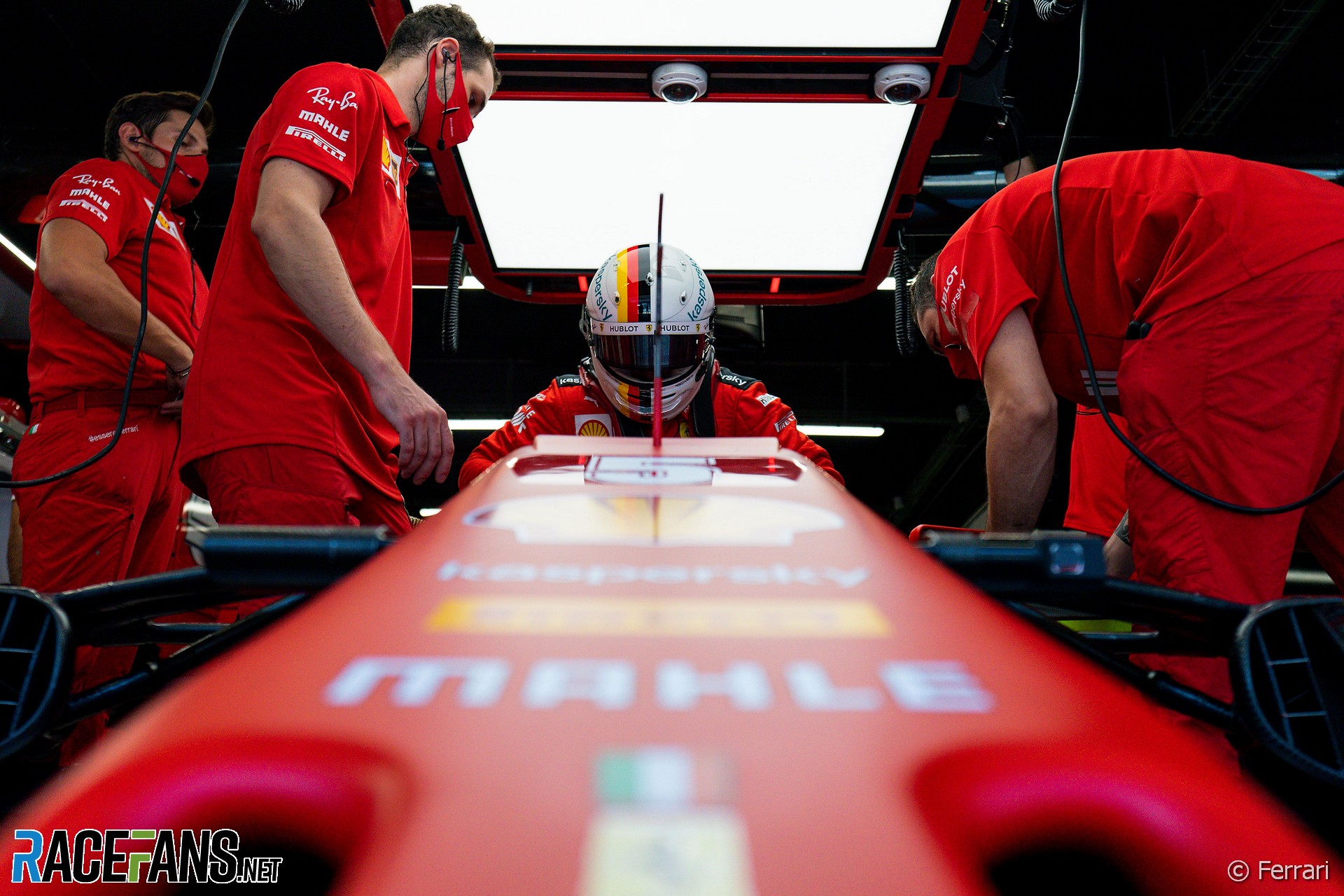 Sebastian Vettel has never been the most talkative driver on the radio, particularly during qualifying sessions.

But at Circuit de Catalunya today Vettel, who is enduring a difficult start to his final season at Ferrari, went from merely quiet to completely silent. The 20 messages from race engineer Riccardo Adami went unacknowledged.

No requests for set-up tweaks; no feedback on car balance; no questions about where he is gaining or losing lap time relative to his team mate; no thanking ‘the guys’.

How unusual is this? And is it a sign of the growing tensions some perceive between Vettel and the team which told him three months ago his services will not be required next year?

It’s not unprecedented for drivers to stay quiet on the radio. Charles Leclerc said virtually nothing on his way to his first victory in the Belgian Grand Prix last year, although this was in exceptional circumstances.

Vettel doesn’t tend to give a lot of chatter on the radio. But at Silverstone last weekend he did speak occasionally, at the end of some runs and after he was eliminated in Q2. “It was all I had,” he said. “It was all that there was in this car. So, I tried. Thank you.”

Even among drivers who prefer to keep quiet on the radio, they can normally be expected to say a few words at the end of sessions. But Vettel’s preference for silence has become more noticeable recently: He didn’t say a word after taking the chequered flag in 12th place at Silverstone on Sunday. Earlier in the race he complained to his team about his strategy on the radio.

It’s hard not to see Vettel’s increasing reluctance to be heard talking to his team as a symptom of the fracture in their relationship. That is due to become a split at the end of the year, and under the circumstances it’s small wonder some are asking whether it will happen sooner than that.

Q2 second runTo VettelGroup of cars 10 seconds in front, we bunch up.To VettelStill plenty of margin. Track [unclear] you can push.To VettelMode slow and follow the reference. P11.To VettelCharge off and mode slow.