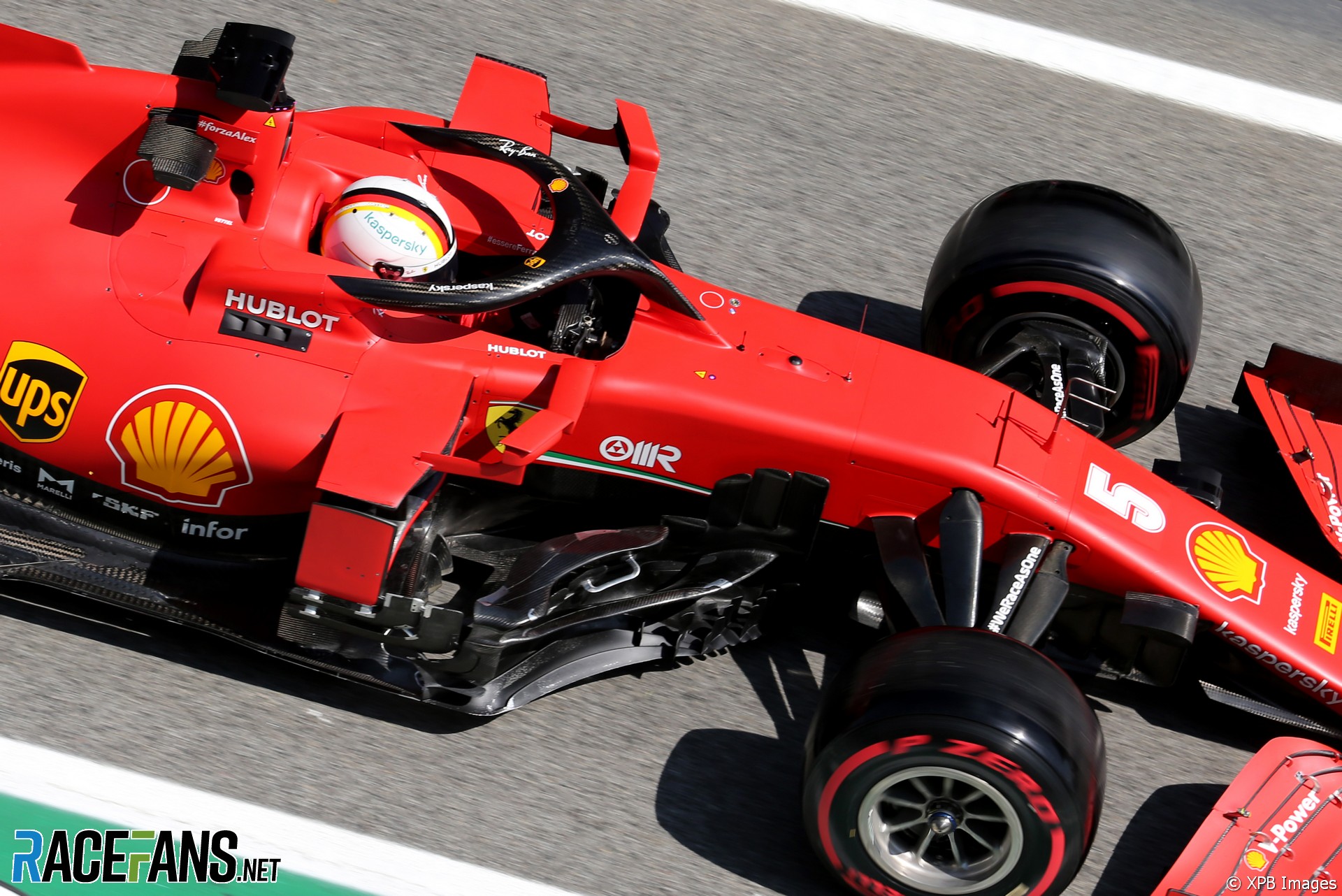 Sebastian Vettel says qualifying was one of his better sessions at the Circuit de Catalunya this weekend despite dropping out in Q2 for the third race this year.

The Ferrari driver missed the cut for the top 10 by just two-thousandths of a second. He said his car’s performance has been “very jumpy” throughout the weekend. “Some sessions are good, some are not. This afternoon actually was a little bit better, but certainly not good enough yet.”

Vettel has found it difficult to match team mate Charles Leclerc’s one-lap pace in the Ferrari in recent races.

“I struggled in particular in turn seven, losing the rear halfway, so it was difficult to judge how much speed to carry in,” Vettel explained. “Also turn five was very tricky for me this afternoon.

“So that’s the middle sector and in the last sector got better towards the end, but still very tricky to find the right balance.

“It was one of the better sessions this weekend. But still, obviously, not good enough.”

Qualifying 11th will give him the advantage of being able to start on new tyres, unlike the drivers ahead of him. However Vettel doubts he’ll be able to make significant progress.

“We are in that region for a reason,” he said. “I don’t think we have pace to really gain a lot of positions. But we’ll try everything to look forward and hopefully we’ll have a clean race.”

Vettel is yet to finish a race in the top five this year, while Leclerc has three top fours including two podium finishes. “I’m always managing to keep my head up, even though at the moment there’s not so much reason,” Vettel said. “We’ll see what happens tomorrow.”

9 comments on “Vettel: Qualifying was “one of the better sessions” despite third Q2 exit”