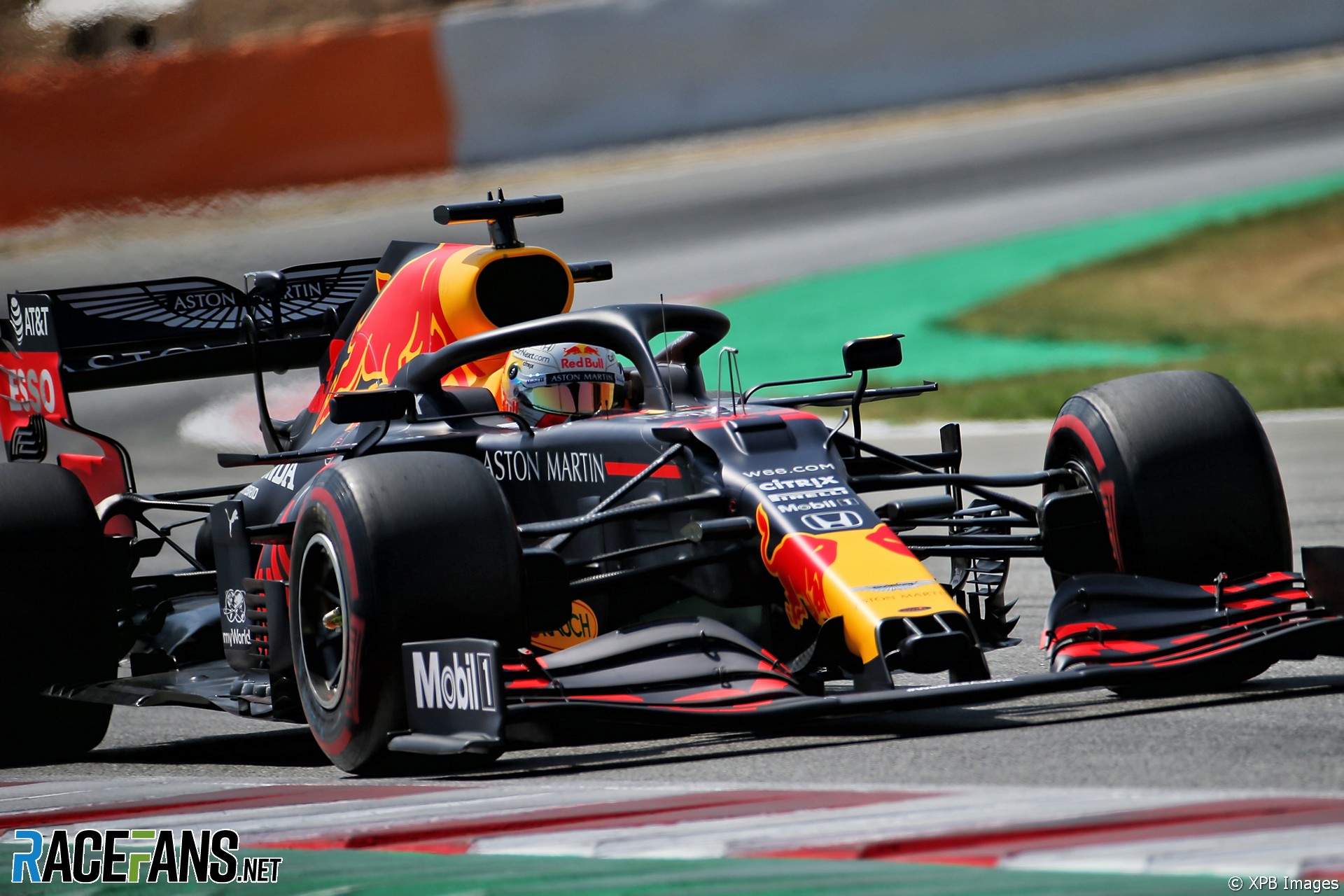 Mercedes are hoping a drop in temperatures at the Circuit de Catalunya in today’s race will increase their chances of victory.

Lewis Hamilton and Valtteri Bottas have locked out the front row of the grid for the Spanish Grand Prix. However Friday practice left the team concerned Max Verstappen, who qualified third, could be a threat for victory if his Red Bull is able to make its tyres last significantly longer in the hot conditions.

“If we look at Friday, there’s not enough data to get a good picture on whether we are slightly ahead, slightly behind whether we have better degradation or who can go further out of us and Verstappen,” said Mercedes’ trackside engineering director Andrew Shovlin.

This year’s race is being held in August instead of May. The hotter conditions will make it a borderline call whether teams have to make two stops or can get away with pitting just once, says Shovlin.

“It was a fairly marginal one-stop race last year. Now we’ve got a hotter track and honestly we haven’t really got enough information to know how long we can go on that first stint.

“But it’s definitely made very tricky by the fact the track is just sitting around 50 degrees centigrade all the time, it seems. That’s always going to be difficult.

“Then you add it to the the way the layout of the circuit is here, where there’s a lot of fast, high energy corners that put in temperature and then you get sector three where it’s a lot of traction, it’s just constantly working the rear tyres.

“It’s one of those races where we’re not going to go in with a fixed plan of ‘build this much gap by lap 16 and then we’ll trigger stops’. We’re going to go into it and the first job is to work out can we control it and build a bit of a buffer or are we completely in defensive mode?”

Shovlin believes teams are only likely to opt for a one-stop strategy if they can use the medium compound for the second stint, due to the poor performance of the hard tyres.

“I think the way that people end up on a one-stop here is they just keep going and and if they’ve got so far on the soft tyre, why not go to the end with the medium,” he said. “The one-stops will arise from that.

“I don’t think anyone’s going to go into the race absolutely dead-set on that one-stop. And as soon as you need to start managing more and more, you’re losing time and you may well be better to do the two-stop.

“But there will be a point, it may be a bit cloudier, you might see a different picture, and if people are still going strong, 20-plus laps into the race then it might be something that they start to think ‘can we go far enough that it becomes a reality?'”

Sunday is forecast to be cloudier than previously expected. Track temperatures were 33C during the morning Formula 2 race. Shovlin says cooler conditions will help Mercedes.

“Certainly any reduction in temperature is only going to bring positives from where we were. It will get easier to look after them, they’ll go further and everything. So we’re going to monitor that.”

Red Bull’s decision to start Verstappen on the same soft tyre compound as Mercedes could also play into their hands, he added.

“Our life is probably a bit simpler that Verstappen is on the same start tyre as us. We thought they might go for the medium, although getting through the medium here isn’t straightforward, you’ve got quite a lot less grip on that one.

“But that would potentially be more awkward because they [would have had] the opportunity to do what they did in Silverstone and offset on the first stint if they’ve got good degradation.”