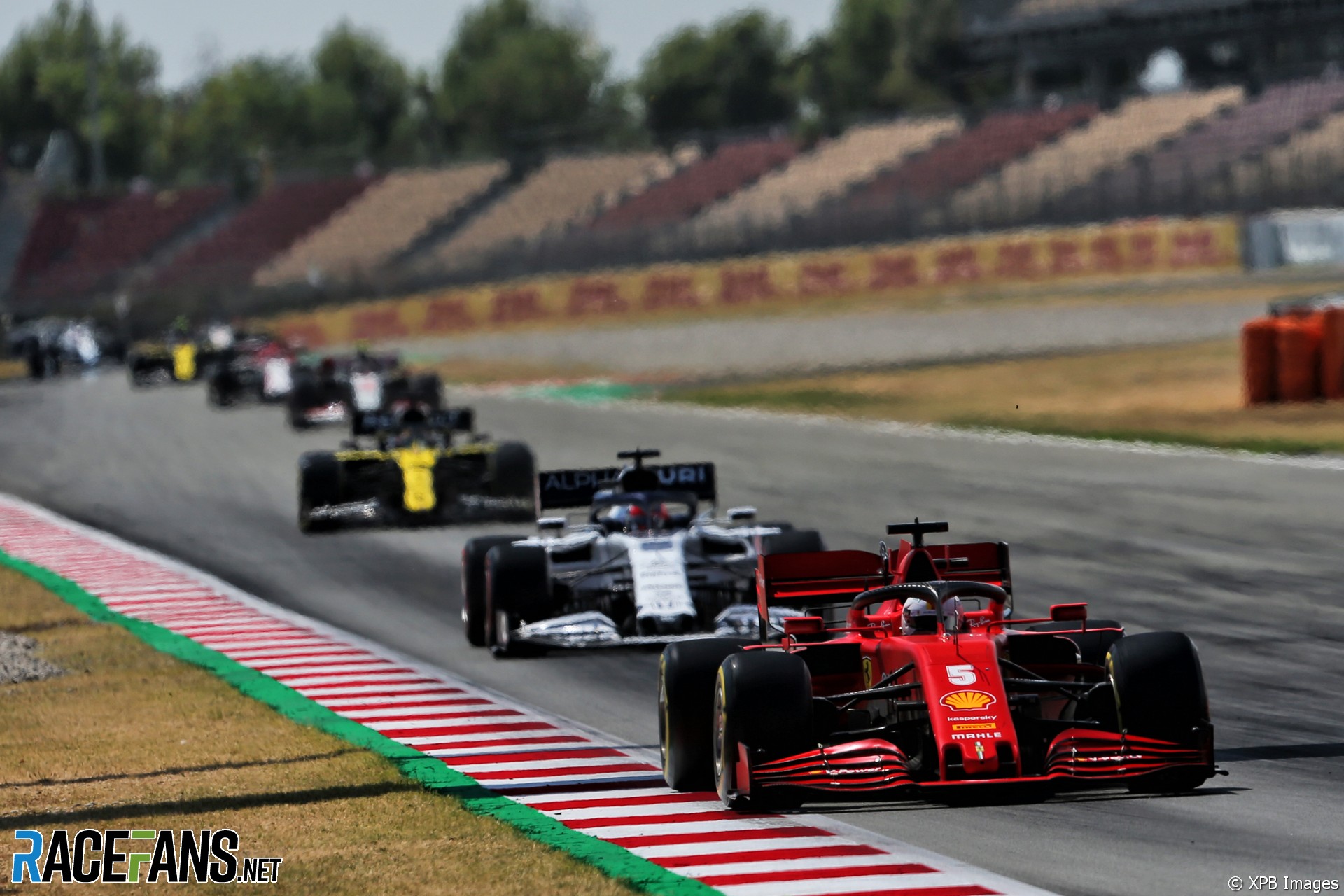 Sebastian Vettel explained his frustration with Ferrari’s strategy after finishing seventh in the Spanish Grand Prix despite disagreement on his radio about the team’s choice of tactics.

Ferrari initially told Vettel to increase his pace during his second stint, then asked him whether he could make his tyres last until the end without pitting again.

In a terse exchange with his team on the radio, Vettel told them he could manage to complete the race without pitting again.

“It’s quite simple, we didn’t have anything to lose,” he explained after the race. “We were 11th and I think we were trying to offset [against rivals on strategy] to the end of the race.

“We were catching the cars in front, then they pitted for their second stop. But I was not in a rush to catch them, and managing the tyres.

Vettel was able to hold on to the finish, despite falling from fifth to seventh.

“The last five laps were really, really difficult,” he said. “It helped that we got lapped, to be honest – it’s not always the case, but today it was.

“Obviously we took that risk because we had nothing to lose and it did pay off. It wasn’t the plan before the race to do close to 40 laps on the soft tyre.”

Vettel’s radio exchange over his strategy