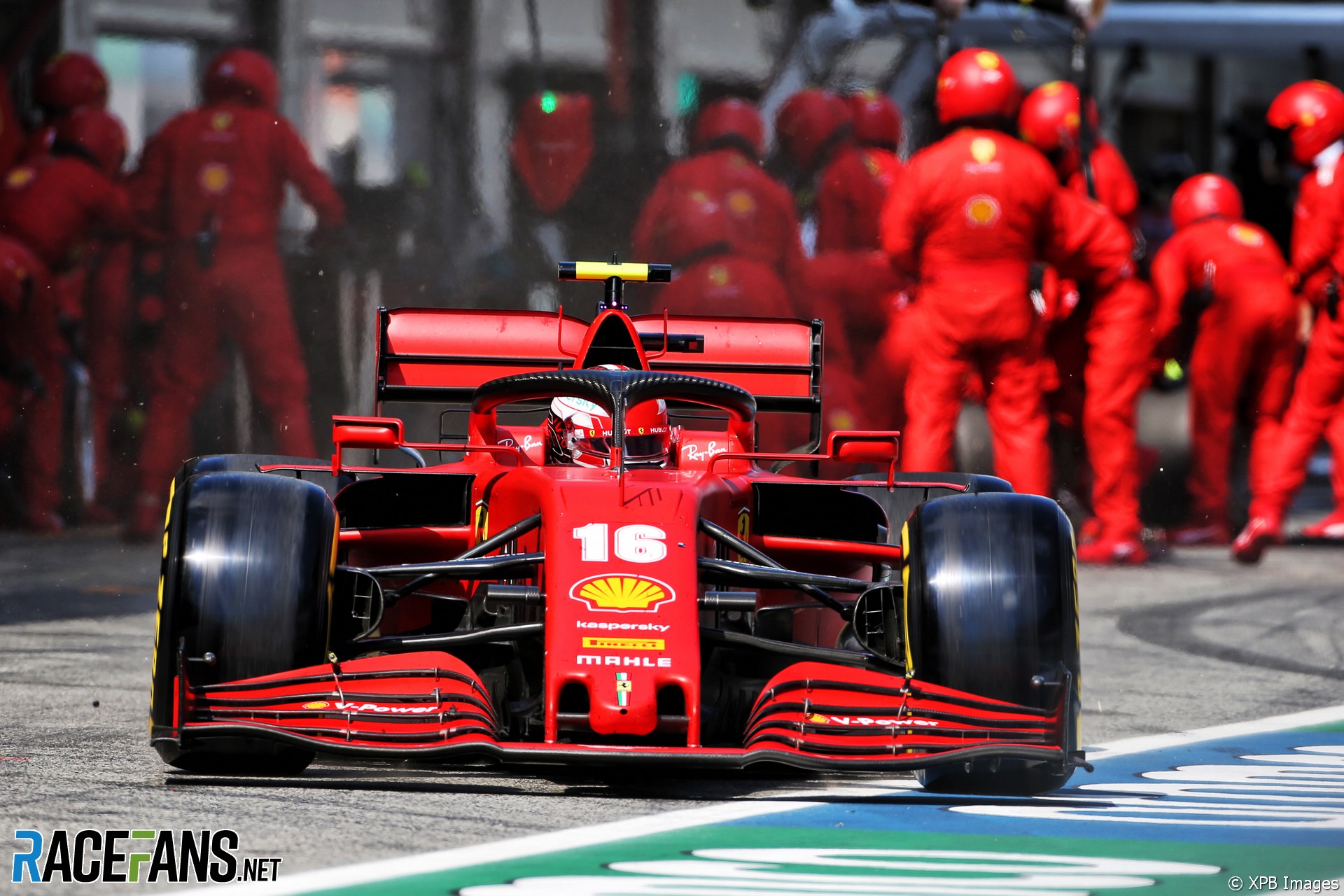 A fourth-place finish was on the cards for Charles Leclerc before an electrical problems forced him out, according to Ferrari.

Leclerc was running 11th and had made what was scheduled to be his only pit stop of the race when his power unit switched off approaching the turn 14/15 chicane. He spun and retired in the pits a few laps later.

Ferrari believe his one-stop strategy would have allowed him to finish between the two Racing Points – one-stopping Sergio Perez in fourth and two-stopping Lance Stroll in fifth – and Perez’s five-second penalty would have given Leclerc fourth.

“Charles looked after his tyres well in the first stint and managed to go to lap 29, thus in the window to switch to a one-stop, given that he had a set of new mediums to use,” explained Ferrari’s head of racing strategy Inaki Rueda.

“In fact once Pierre Gasly, who’d been ahead of him, had stopped, Charles had a clear track ahead of him and was able to push. At this point, given that he was running at a good pace, we asked him to try to go to at least lap 28, which we knew was essential for the change of strategy to work and so it was.

“Charles soon dispensed with Daniil Kvyat and got in behind Lando Norris. He was much quicker than him at that point in the race and we were certain that some drivers up ahead would be making a second stop and some others would really struggle to make it to the end.

“In fact, only Sergio Perez made the same choice as us, and given the penalty he was given, that’s how Charles could reasonably have finished fourth. Unfortunately, a control unit failure put an end to that goal.”