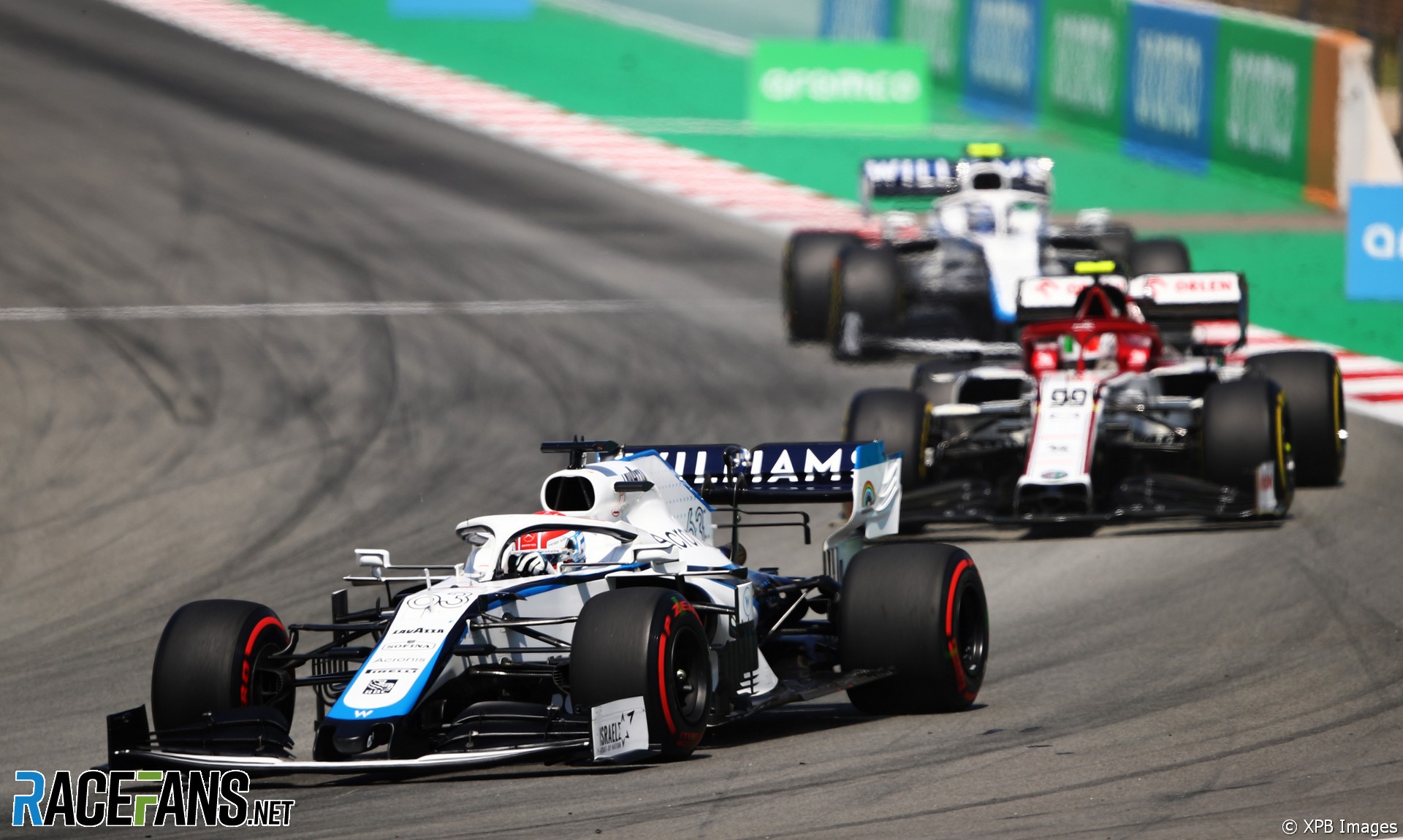 In the round-up: George Russell described the Spanish Grand Prix as one of his best races so far despite his car’s relatively poor pace.

Russell started 18th and finished one place higher, but had an enjoyable afternoon.

It’s probably been one of the most satisfying races I have completed. Even though the end result just seems normal, I probably could have had a better end result in terms of time doing a different strategy, I was really glad we sort of rolled the dice.

I managed to overtake Romain [Grosjean] on-track twice, had a really good battle with Kimi [Raikkonen] which is something I’ve not really had, wheel-to-wheel racing. I made a pretty decent start again, which has not been one of my a strong points.

So as I said, on paper, it looks like a pretty standard race for us. But actually I think considering our outright pace this weekend was much worse than the last four races, I think there was a lot of positives to take from that from my personal side and the experience gained.

At one point I was right behind Ocon with more pace advantage to him. He was very fortunate that when I was closest to him, he had the DRS off Giovinazzi who was just pitting. Had that not happened, I think I could have overtaken Ocon. He definitely would have re-overtaken me again. But for me to be right up behind a Renault, which is, a lot of the time, right in Q3, I was really pleased.

I dropped off like a stone in the last few laps but I was giving it everything I had. Ultimately it is very, very difficult as a driver when you’re constantly on the defensive when you are in a car that isn’t as fast as the others it is very tricky to race against them.

But I really enjoyed it and that sense of racing again, the pressure of the guy behind you trying to overtake, drivers in front of you that I was trying to attack, that was really fun. It wasn’t just a typical, normal race hacking around in 19th.

Completely agree with that Mark! Working in the sim with him often and he’s rapid…. just doesn’t get the credit 👍🏼

A new name for Circuit Zandvoort (@CPZtweets) will be announced on August 26th. #F1 pic.twitter.com/IQc3qJJHKl

Curious to note that in their regular driver ratings Gazzetta dello Sport gave 4 out of 10 to… the FIA,

"The technical directive to impose the same engine maps in qualifying and the race seems to be made to hit Mercedes," they say. "The rules are not changed during the race."

"Nobody was close to his speed when he went out yesterday. They were dropping off. Then, he cranks one to put it on top. He did the same thing today. He really showed me something."

'I can't keep relying on races like this,' says Piastri on title ambitions (F3)

"We've had a lot of technical issues. I've had a technical issue every weekend so far. Luckily, this weekend, it was just for a lap in practice, but that's still not ideal and they certainly hampered the last weekend in Silverstone."

"It was a bit of a safety mode to protect the drivetrain. We have to do a little bit of investigation on how to ensure that doesn’t happen again but I’m sure the guys will be on top of it and no worries for Le Mans."

I’ve hated the tyres we’ve had since 2011 regardless of who’s to blame for them. The tyres on top of DRS are a big part of why I care less about F1 now than I did in 2010.

Yes, tyre management has been part of the sport forever to varying degrees but my problem with it since 2011 is that it’s been down to tyres been made artificially worse which just makes it feel like a gimmick on top of created a number of additional issues over the past nine years.

F1 wanted to copy Montreal 2010 yet doesn’t seem to have understood why that race ended up been as good as it was. It wasn’t simply because the tyres degraded a lot, It was because they did so more than anybody was expecting and therefore nobody knew how to deal with it. It was something different that caught everyone out and that is what made it exciting. As soon as you try to recreate that it not only starts to feel fake but since everyone knows it’s going to happen they can plan for it and work around it which ends up with it losing everything that made the the original exciting.

Not to mention that at Montreal in 2010 nobody was cruising around that slowly to manage them, Partly because they weren’t expecting to need to but also because while the tyres were wearing at a faster than expected rate they were not suffering any of the thermal issues the Pirellis do so could still be pushed. We still featured close racing with drivers pushing harder for many laps while behind other cars and that too was exciting to watch.

We have the new regulations on the way in 2022 with cars that should hopefully be able to race closer and with overtaking more possible than it has been. If those cars race as well as is hoped then hopefully we can get rid of things like DRS and allow Pirelli to make more durable tyres so that we can get back to more pure racing free of some of the more artificial/gimmicky things of the past nine years.
@Stefmeister

13 comments on “Russell pleased with race despite “much worse pace””