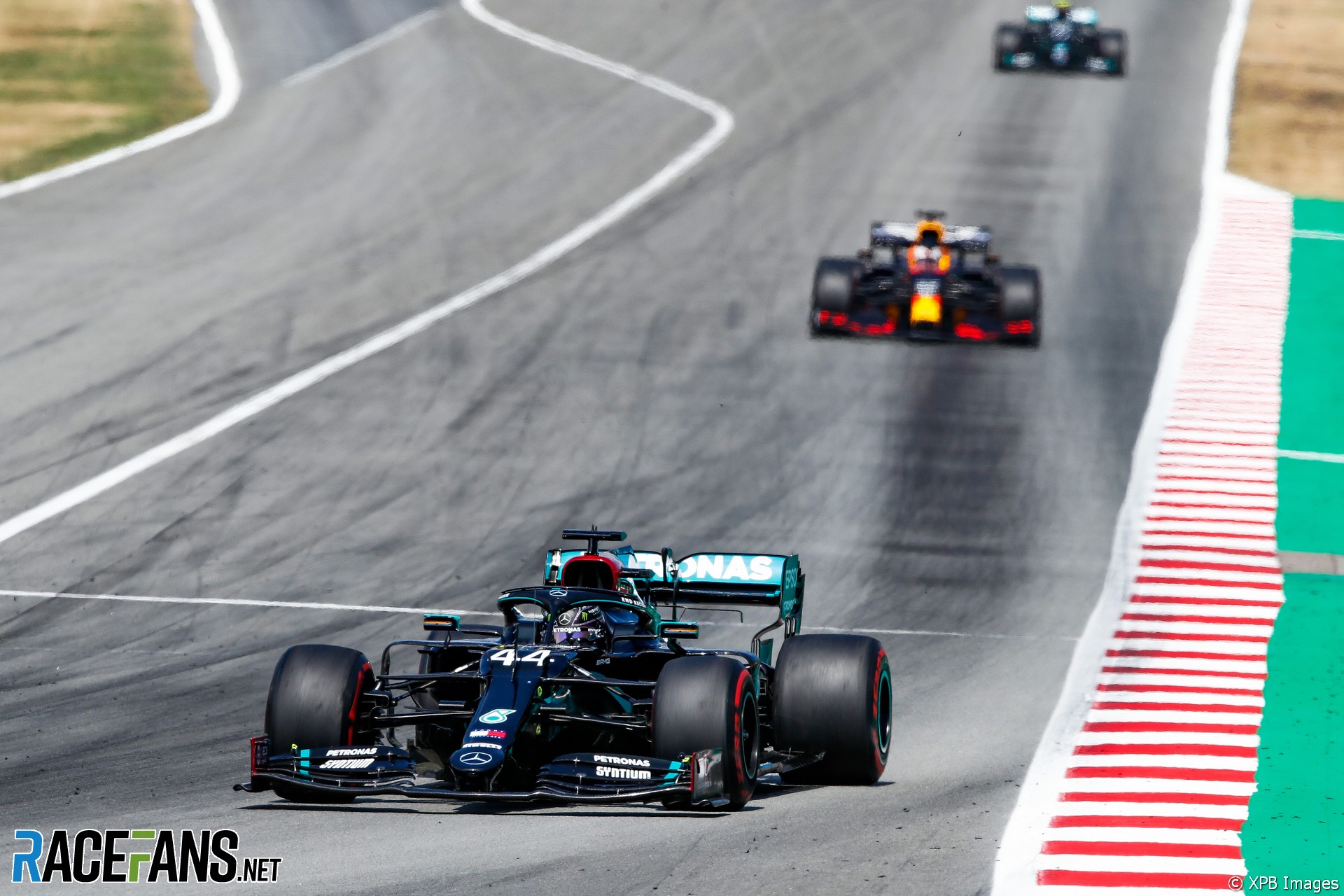 He and team mate Valtteri Bottas have taken pole position for all six races so far this year. None of their rivals have got within half a second of them in qualifying.

The FIA has told teams they will not be allowed to change their engines’ performance modes between qualifying and the race from next week’s Belgian Grand Prix. In a letter last week the sport’s governing body said it will impose the new restriction in order to ensure all power units comply with the regulations.

However Hamilton suspects the ‘quali mode’ ban is also being done to make the championship more competitive. “I understand in one respect that they want to see closer racing,” he said.

“But it’ll be interesting to see what they do moving forwards. Regardless of what they do, we are the best team and we’re going to handle whatever it is as the professionals we are. We’ll just continue to do a better job.

“Whatever they change, whatever they throw at us we’re going to catch it, assess it and then deliver to the highest standard. So there is no concern for me.”

The modes teams use in qualifying cannot be run constantly throughout the race as they increase fuel consumption and place extra strain on power units. Mercedes team principal Toto Wolff said that if they can no longer ‘turn the engines up’ in qualifying, they will be able to use more power during races.

“If Formula 1 were to ban, in-season, certain power unit modes, then I think it will actually help us in the race. Because if you can avoid damaging your power unit in those few qualifying laps that you have available in Q3 and the odd lap in the race, the damage matrix goes down dramatically.

“You must take into [account] even if it may hurt us more in qualifying – which I’m not sure [about] – and it’s a couple of tenths, then it will hurt all the others in the same way. But for us, we are always very marginal on what we can extract from the power unit and if we were to be limited in qualifying modes, well then we will be strong in the race.”