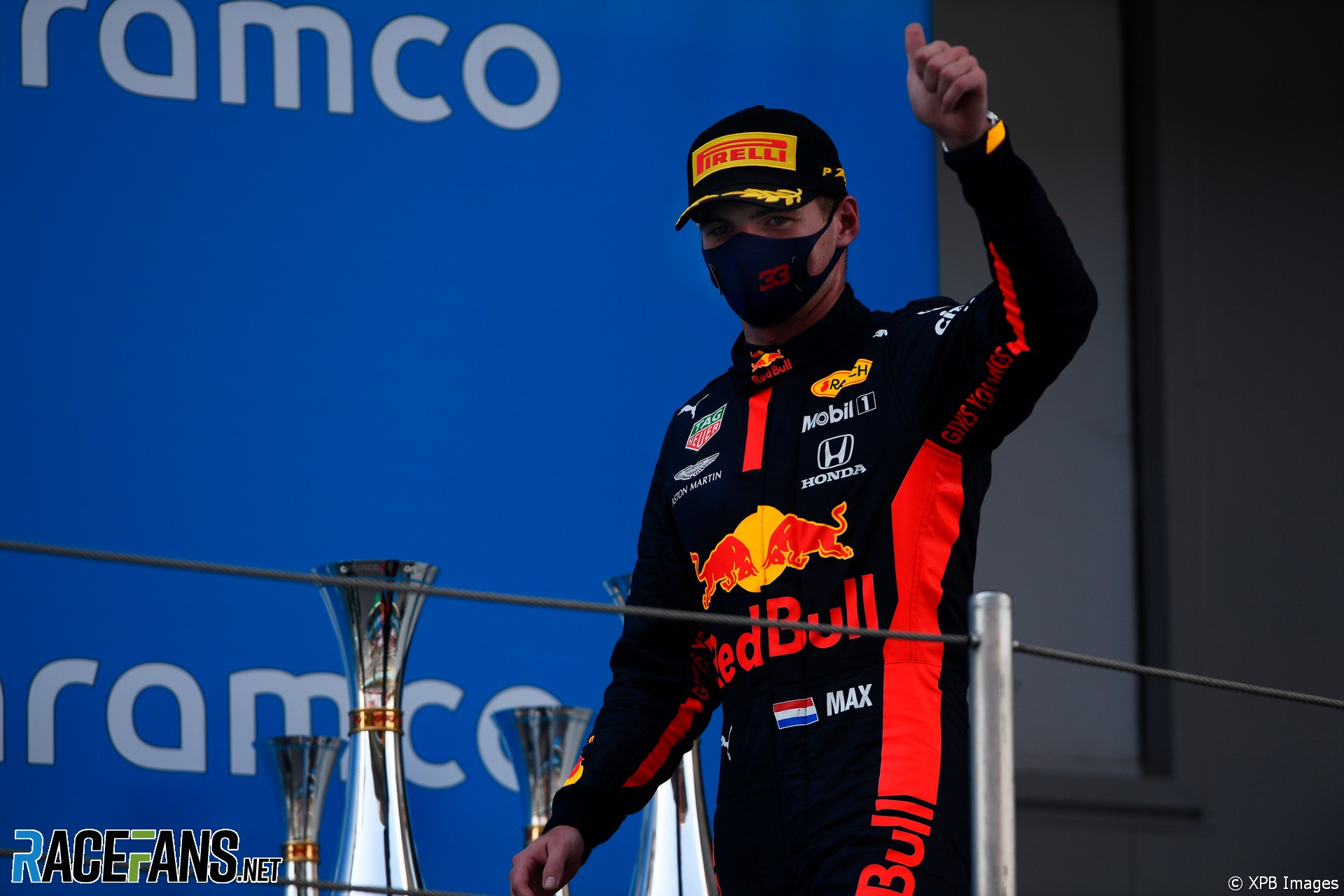 In the round-up: Ahead of the third consecutive triple-header of Formula 1 races beginning next week, Max Verstappen says teams are at the limit of what they can cope with.

Verstappen said he can cope with repeated triple-headers for now – another is expected at the end of the season:

I think for the moment it’s fine. We had a long break before. I don’t see this happening well, hopefully, next year, where you keep doing triple-headers. I think that’s a bit too much. If you can make sure that… two weekends in a row, I think that’s OK. Having a week break in between is fine.

But of course we have to accept that at the moment, we need to get the races in. So we just try to do the best we can. I think we have three triple-headers in a row. That’s pretty much, I think, the limit.

So here’s the thing about pranks in the @IMS bus lot…the list of potential culprits can be extensive. But one thing is for certain, once I find out who it is, payback is going to be a painful lesson. pic.twitter.com/HdjiCN3aUc

Big thanks to Charouz Racing Team for supporting my son. We have decided to stop our partnership and looking forward to announce some news soon.

"Mahindra Racing would also like to confirm that Jerome D’Ambrosio will not continue with the team into season seven."

"I was not really a Fernando fan. I know he is one of the best drivers in the world, but I’ve never been like a kid watching Fernando. I don’t know why."

"When Moto GP rider Franco Morbidelli met Lewis Hamilton during the famous vehicle swap between the Formula 1 driver and Valentino Rossi at the Valencia Ricardo Tormo Circuit last year, Morbidelli came away impressed by the six-time world champion’s kind persona. 'Lewis is more than a driver, he is an ambassador of values,' he said."

Opinion: Formula 1 has raced beyond its old homophobia (Openly)

"But there is always an exception that proves any rule, and so it was that, a few years into my time in F1, I learned that one of the drivers had taken to referring to me routinely as 'that fat faggot'."

A new series has been announced for hydrogen cars, but not everyone is convinced by its potential as an alternative to electric power:

Hydrogen is the least efficient of the ‘green’ fuels with massive energy loss through the conversions. Battery power is here to stay.

However I do see hydrogen with a strong future in long-haul applications; particularly road (and even rail) freight. Here in Australia long-haul trucks clock up over 1,000 kilometres every day of the week. It would take some pretty insane battery density to meet that goal—hydrogen certainly seems the more logical choice.
Rhys Lloyd (@justrhysism)