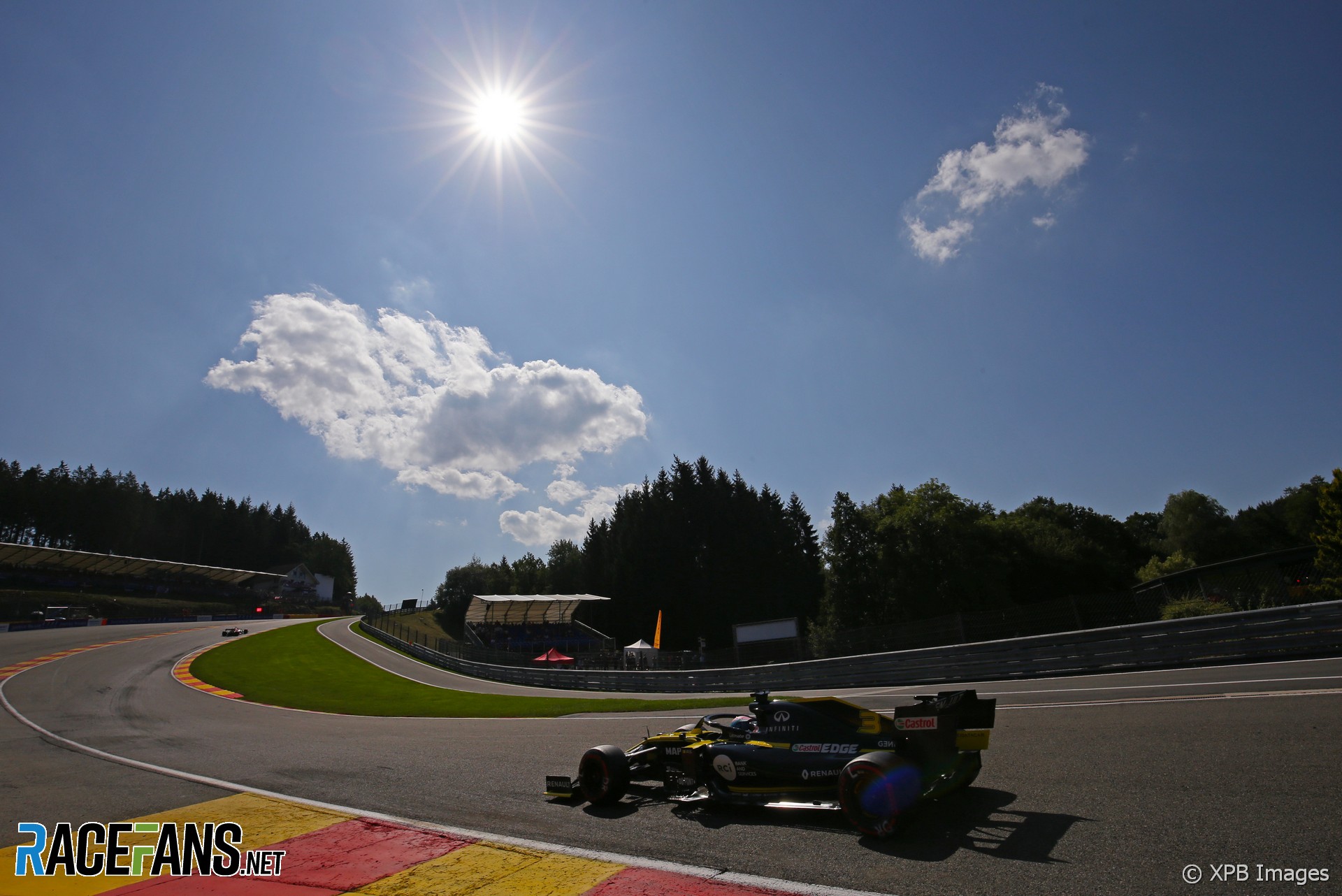 Spa-Francorchamps lies in the Ardennes forest in the east of Belgium, and is known for experiencing changeable weather conditions.

The coming days may justify that reputation, as a mixture of sunny spells, cloudy periods and occasional rain showers are forecast for the weekend ahead.

One consistent theme among those variables will be cool conditions. Air temperatures are forecast to rise no higher than 17C during the first day of practice tomorrow and may be a couple of degrees cooler than that on race day.

To put that into perspective, last year the mercury nudged 30C during qualifying, producing track temperatures of up to 42C.

Friday is expected to see generally cloudy conditions but is likely to remain dry. Sunshine will bring some warmth in the late afternoon.

The risk of rain will rise slightly on Saturday. However race day is currently forecast to bring the highest chance of precipitation. The air temperature is set to be no higher than 15C, which would be closer to what we saw on race day last year, when the ambient temperature reached 18C and the track surface 31C.

Although the conditions will be slightly cooler this year, teams have a softer range of tyres available, featuring the C4 slick tyre instead of the C1. However the big question will be whether they have to turn to intermediate or even wet weather tyres on race day.