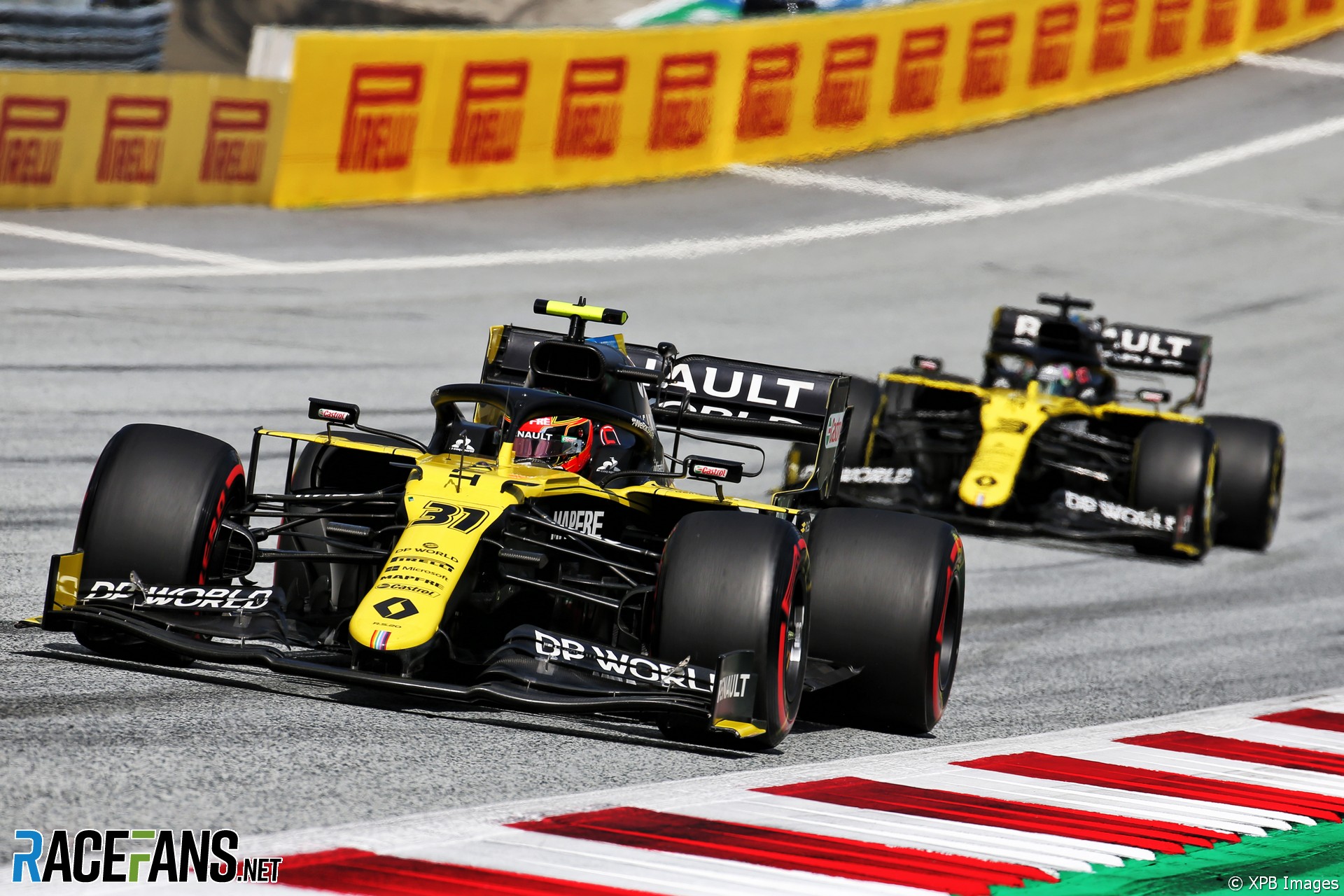 Esteban Ocon says he had plenty of room for improvement in his first six races since his comeback to Formula 1.

The Renault driver spent 2019 on the sidelines before returning alongside Daniel Ricciardo at Renault. Asked by RaceFans how pleased he was with his comeback so far, Ocon said he’s had a mix of highs and lows.

“There’s been some good signs this season,” he said. “We have shown that we are capable of being quick. Qualifying fifth in my second grand prix was nice.

“But then we had a missed opportunity in the race. Then we had a little bit of a down in Budapest then an up for Silverstone then down [in Spain].

“So if if I take only the good races, I would say 7.5 [out of 10]. Then if I take the bad races, let’s give it overall for the performance, six for now. Hopefully we’re going to be improving.”

Both Renault drivers finished out of the points in the previous race at the Circuit de Catalunya. “For sure we are disappointed as a team with the result,” said Ocon.

“[From] the beginning of the weekend we lacked pace with our car. It was obviously not easy where we qualified.

“To come back, normally we have good pace in the race, we had better pace than we had in qualifying but it’s not enough to be able to make a comeback. It’s a very tough place to overtake.

“I did some overtakes for quite a few laps but out of the point is not as enjoyable.”

Ocon’s engine is due to be replaced for this weekend’s Belgian Grand Prix. “I think we are going to be a lot quicker in Spa, hopefully,” he said.