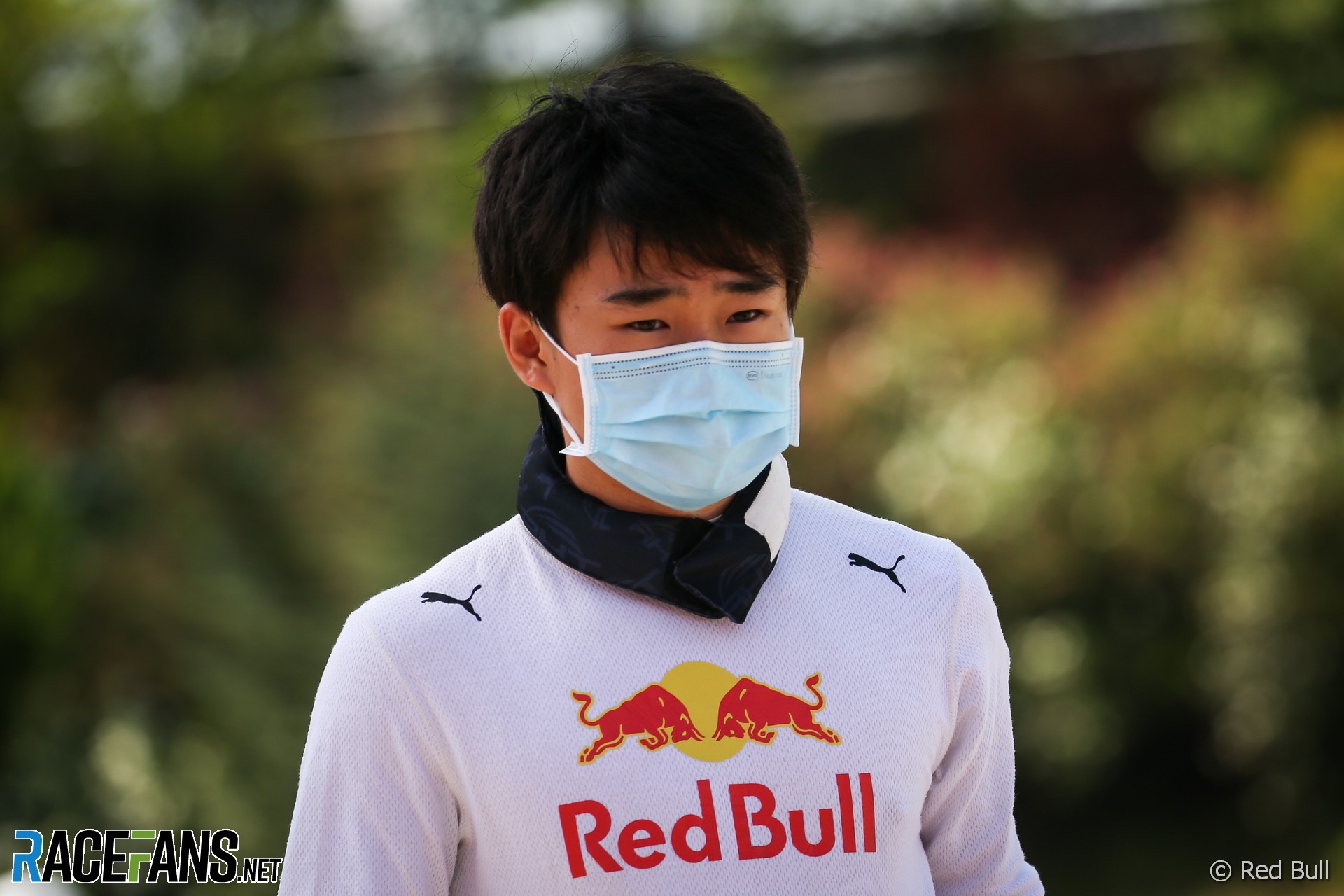 Yuki Tsunoda will appear for AlphaTauri in the Young Drivers’ Test as Red Bull consider promoting the Formula 2 race winner to Formula 1 next year.

AlphaTauri team principal Franz Tost said he has been impressed with Tsunoda, who is part of the Red Bull Junior Team.

“I am not only impressed with his driving in the Formula 2, I was impressed last year in Formula 3 as well and the years before,” said Tost.

“He is really high skilled driver and I think he has all the ingredients together to become a successful Formula 1 driver. He for sure will test for us in Abu Dhabi at the Young Drivers’ Test.”

Tsunoda won the Japanese Formula 4 championship in 2018, then participated in dual Formula 3 and Euroformula Open campaigns last year. He lies fourth in the Formula 2 standings at the half-way point in the championship.

“Whether he will drive for us next year or not, this is being decided by Red Bull,” Tost continued. “It depends also whether he gets the super licence.

“If he continues like now and he will be within the first three or four drivers in the Formula 2 championship then it shouldn’t be a problem to receive the super licence and the rest then we will see.”

If Tsunoda were to gain promotion to AlphaTauri next year one of the team’s current drivers, Pierre Gasly or Daniil Kvyat, would have to make way.