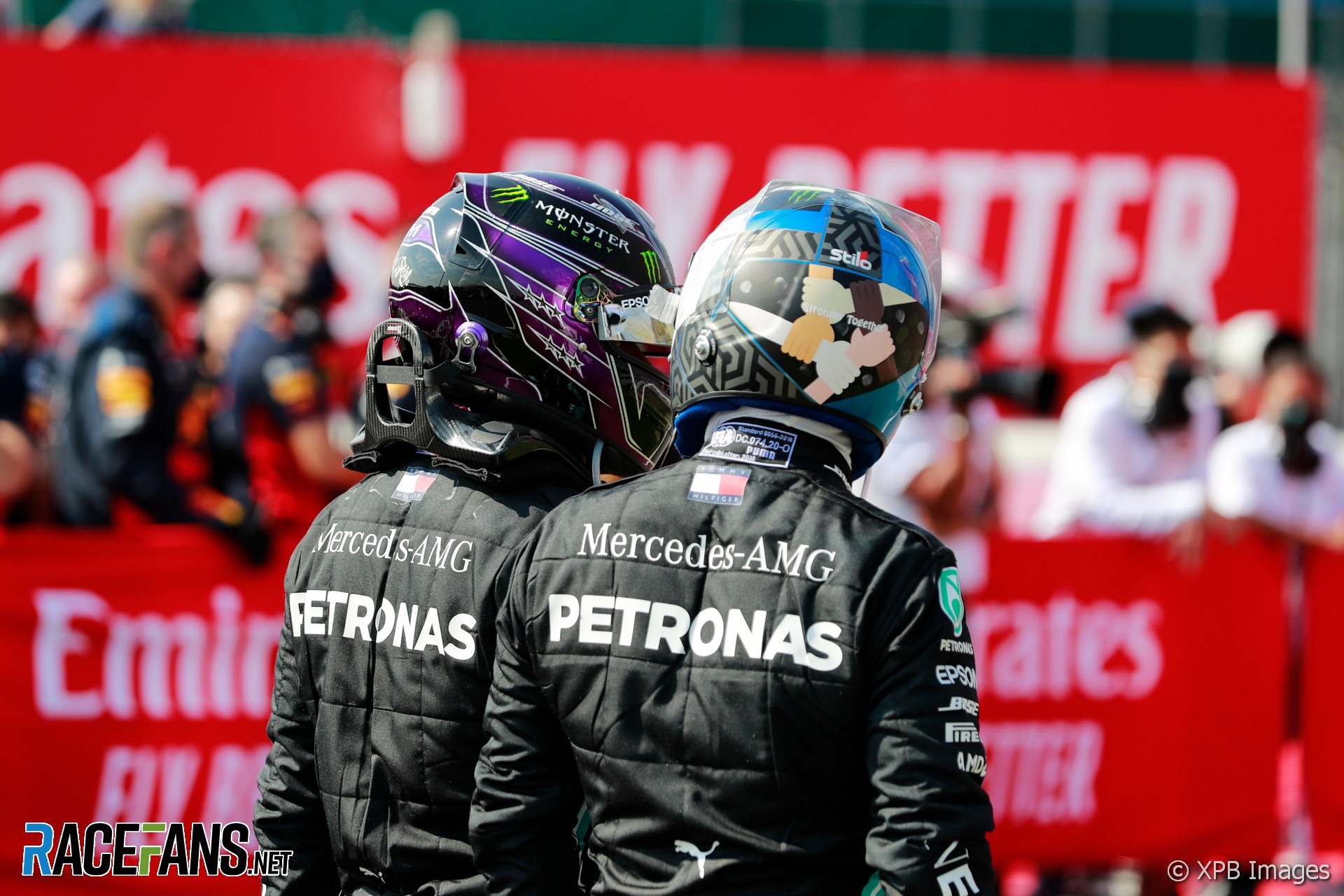 Mercedes have not changed their driver overalls for this weekend’s race despite the concerns Valtteri Bottas raised over cooling during the previous round in Spain.

Bottas claimed he lost three kilograms in weight during the Spanish Grand Prix, where air temperatures reached 30C. During the the race Bottas told the team he felt hot inside the car.

Mercedes changed their overalls from white to black this year to match the car’s new ‘end racism’ livery. Following the last race Bottas suggested the new overalls may absorb more heat than the previous white ones.

“I think it feels pretty hot in the car,” said Bottas ahead of this weekend’s Belgian Grand Prix. “I don’t know in theory, as I said after the race, if it’s the new material or is it the colour. I don’t know, but it felt really hot.”

However Bottas doesn’t expect any of the remaining races to see similarly hot conditions, and said the overalls will remain as they are.

“I believe the overalls are the same [this weekend],” he said. “And I believe that it was maybe the hottest race we’ve had this year and are going to have this year or so it should be okay.”

The Belgian Grand Prix weekend is forecast to be much cooler, with air temperatures well below 20C.